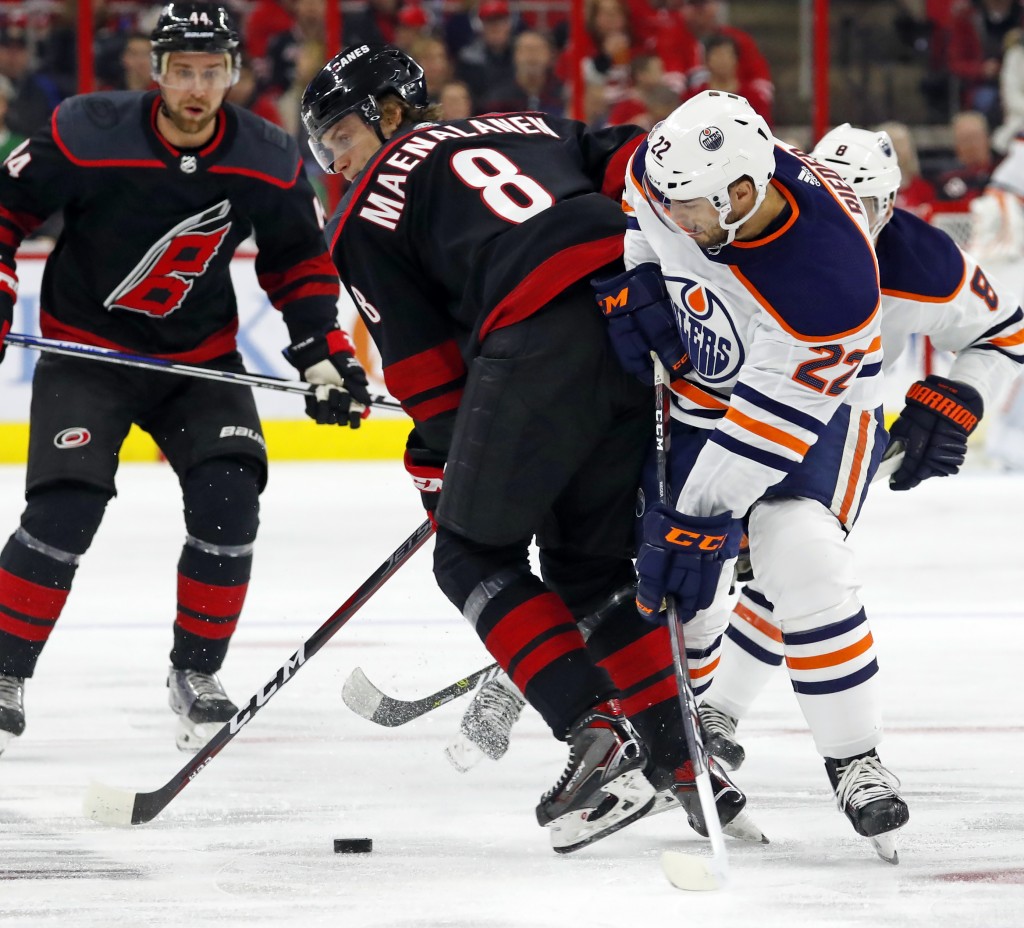 Lucas Wallmark also scored and Sebastian Aho had two assists for the Hurricanes, who have won 15 of 21 since Dec. 31 for the best record in the NHL in that span. Carolina moved a point behind idle Pittsburgh for the final wild-card playoff spot in the East.

Leon Draisaitl scored his team-leading 34th goal on the Oilers' first shot, and Mikko Koskinen stopped 24 shots while losing his sixth straight decision. Edmonton is 1-7-2 in its last 10.

McElhinney improved to 7-0-0 against Edmonton — his best career record against any opponent.

BUFFALO, N.Y. (AP) — Rookie Alexandar Georgiev stopped 31 shots, including 13 in the final period, and the Rangers rolled to the road win.

New York improved to 8-5-1 in its past 14 and earned its 58th point to move into 12th in the Eastern Conference standings.

Buffalo squandered a chance to close the gap on idle Pittsburgh in the race for the Eastern Conference's eighth and final playoff spot. The Sabres have 63 points and remain four behind the Penguins.

Jeff Skinner scored twice for Buffalo, including his team-leading 36th.