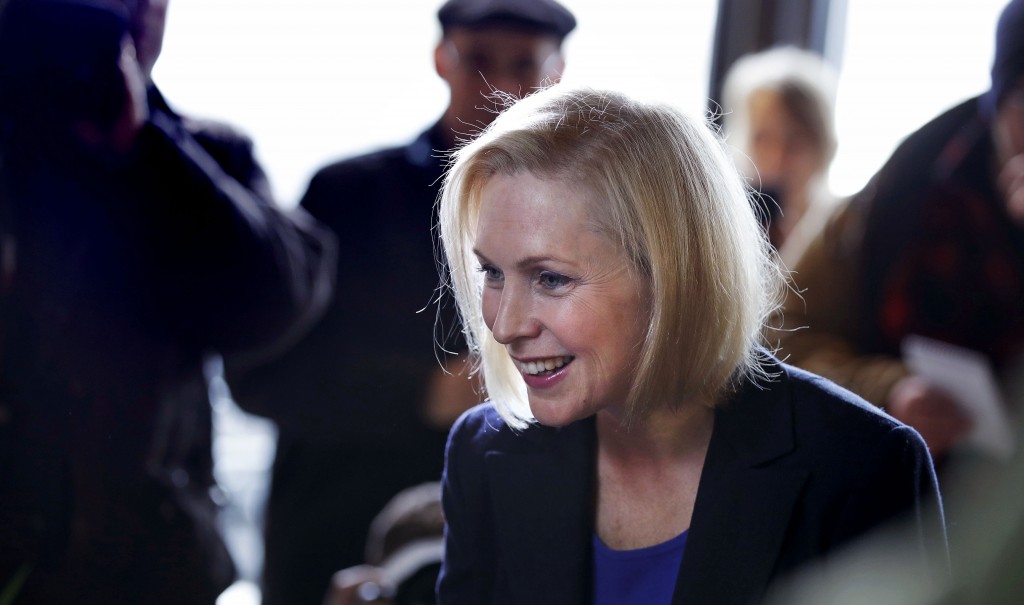 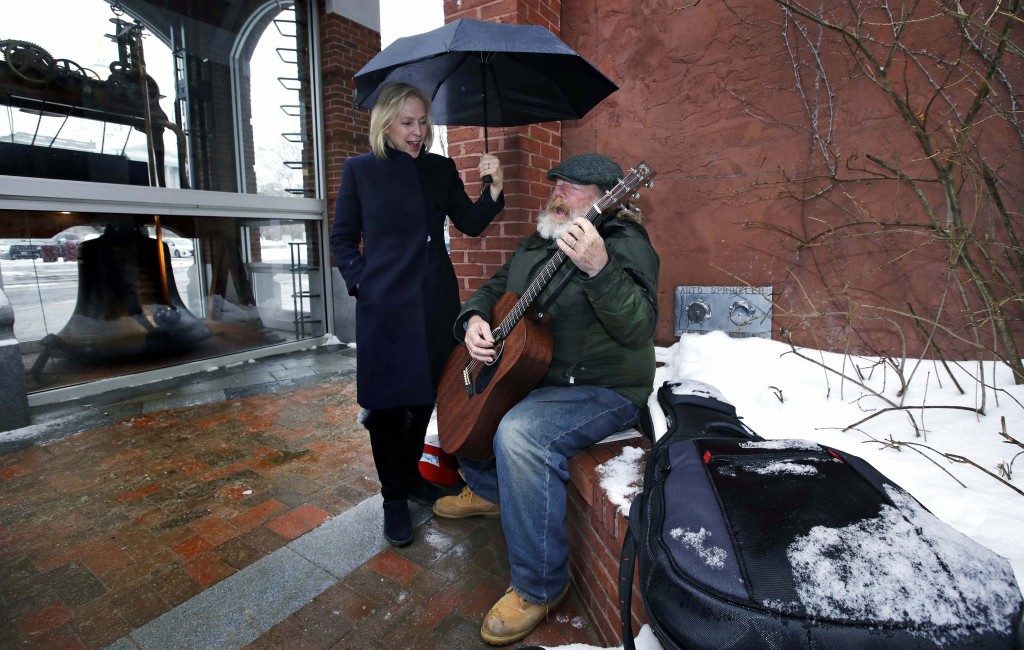 Several Democratic presidential candidates are spending the long holiday weekend on the campaign trail, while a Republican has announced he's creating an exploratory committee for a possible 2020 run.

Sens. Kirsten Gillibrand of New York and Kamala Harris of California are visiting early voting states on Friday that will be critical to securing the Democratic nomination next year.

Former Massachusetts Gov. William Weld, who ran for vice president on the Libertarian Party ticket in 2016, said Friday that he was considering challenging President Donald Trump in a 2020 Republican primary.

A look at midterm campaign activities ahead of Presidents Day weekend:

Gillibrand, in New Hampshire, participated in a walking tour of downtown Concord before visiting businesses in Dover and meeting members of the LGBT community in Somersworth.

On Friday, she called Trump's decision to declare a national emergency to construct a wall along the U.S.-Mexico border "inappropriate" and said Trump manufactured a crisis to justify the move.

The only national emergency, she said, "is the humanitarian crisis that President Trump has created at our border from separating family from children and treating people who need our help inhumanely."

Gillibrand visited a coffee shop in downtown Concord before stopping to listen to a homeless man, Kevin Clark, play a song by Cat Stevens called "Father and Son." She praised his singing and gave him a hug before heading off to a consignment shop, where she bought a vase and a small plate.

Later Friday, Gillibrand spoke at Teatotaller, a cafe in Somersworth that refers to itself as an "oasis of queer, hipster, tea, coffee and pastry goodness."

She told the crowd that she would advocate for the rights of the LGBTQ community and called it "an outrage" for Trump to tell transgender people what bathrooms they can use or whether they are qualified to serve in the military. She said she would support the addition of a non-binary or third gender classification.

Gillibrand also spoke out in favor of the Green Neal Deal, a set of proposed programs that aim to address climate change.

Speaking to reporters after a lunchtime stop, Harris said she'd visited the church, known as Mother Emanuel, earlier Friday and called it a "very tragic symbol of failure of people, in particular in the United States Congress, to pass smart gun safety laws."

Mother Emanuel is one of the oldest black churches in the South. During her visit, Harris paid her respects and left flowers. The church has been a pillar of African-American and spiritual life in South Carolina.

At a town hall in North Charleston later Friday, the scoreboard overhead in the gymnasium was changed to reflect the date of South Carolina's Democratic primary: Feb. 29, 2020. The crowd swelled, and some attendees climbed on top of folded bleachers for makeshift seating.

Harris talked about the bill that the Senate passed this week that would explicitly make lynching a federal crime. Harris, one of three black members of the Senate, introduced the bill with Democratic Sen. Cory Booker of New Jersey and Republican Sen. Tim Scott of South Carolina. Booker is also running for president.

Harris says lynchings are "a stain on America's history."

Weld, who is little-known on the national stage but well-respected among veterans in the GOP established, announced the creation of an exploratory committee for president on Friday.

The move makes Trump the first incumbent president since Republican George H.W. Bush in 1992 to face a notable primary challenge.

Weld served as Massachusetts governor from 1991 to 1997 and was popular despite being a Republican in a heavily Democratic state. He held the line on spending and taxes but embraced liberal positions on abortion and gay rights.

Trump remains very popular with Republicans so he faces little risk of losing the GOP nomination.

But primary challenges often foreshadow trouble ahead for incumbent presidents. Bush and Democrat Jimmy Carter lost their bids for a second term after facing challenges from inside their own party.