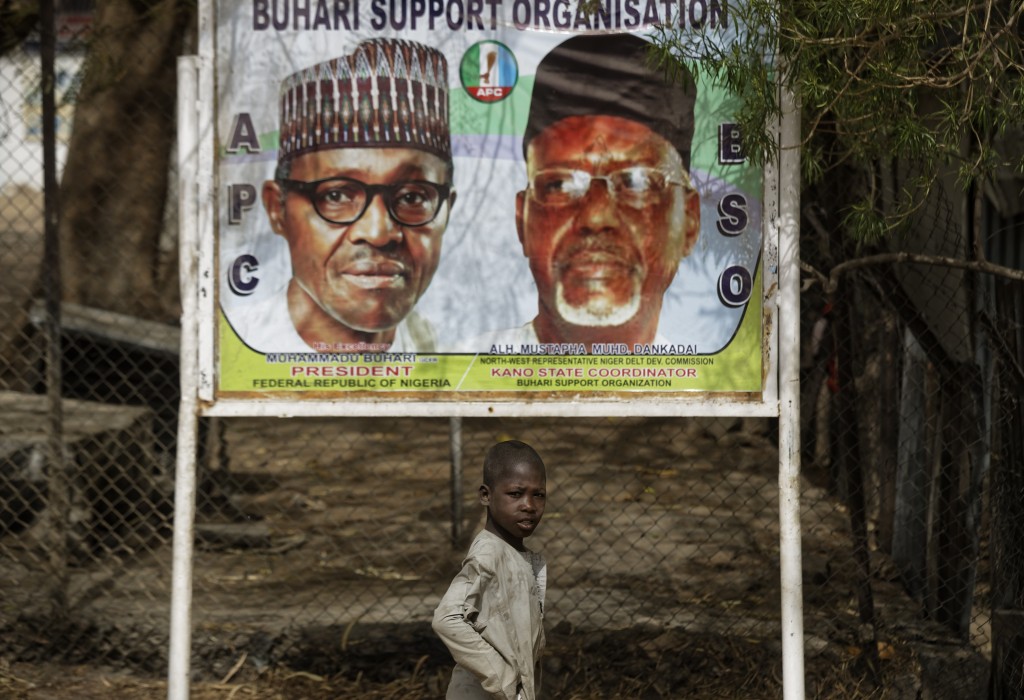 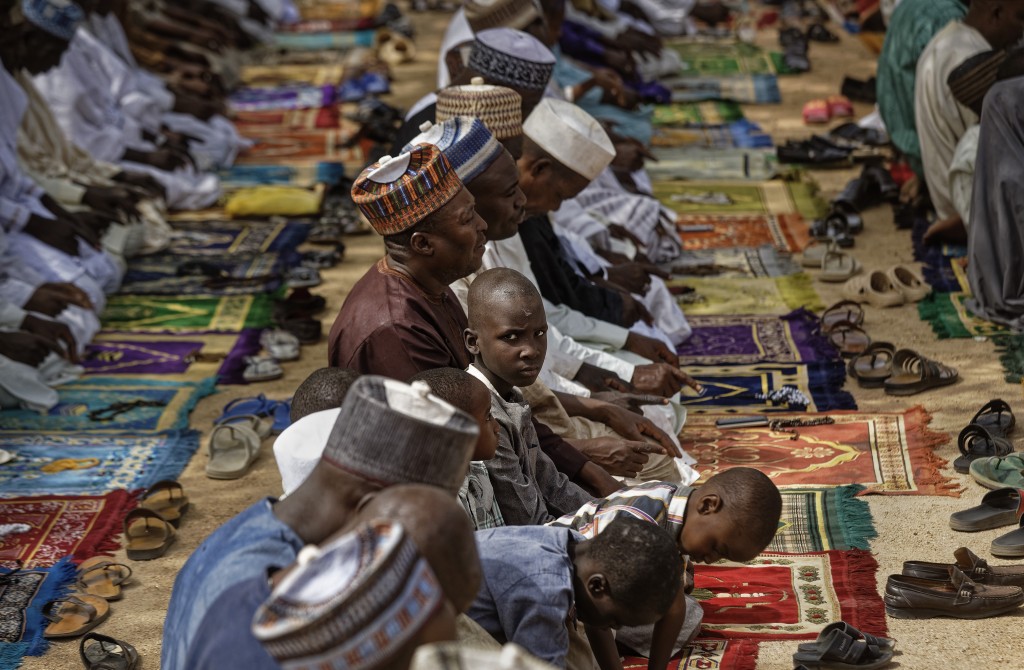 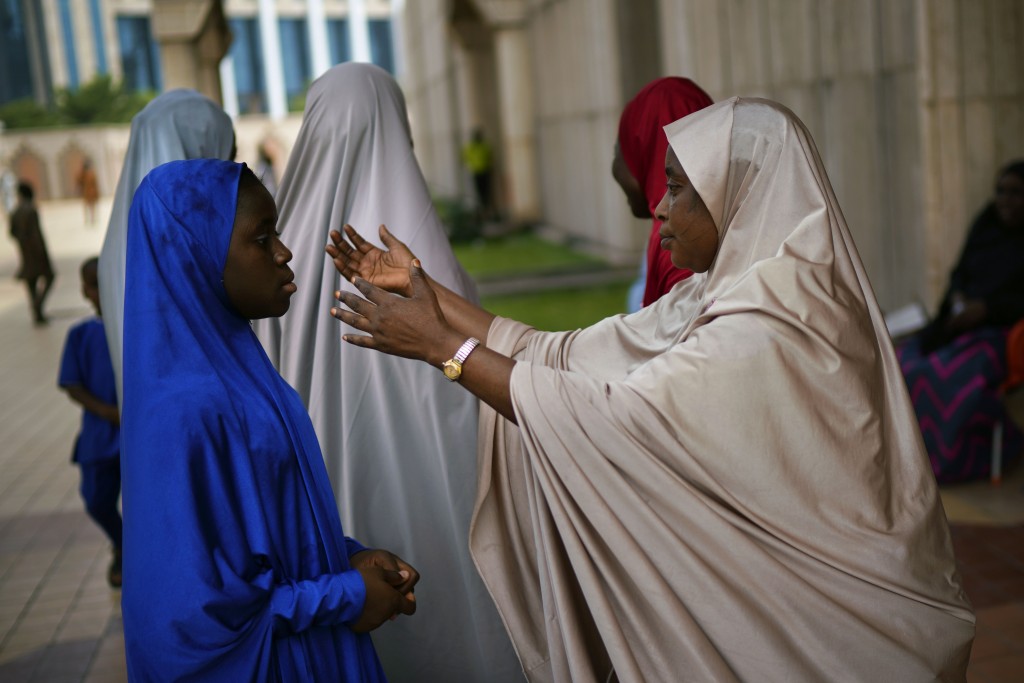 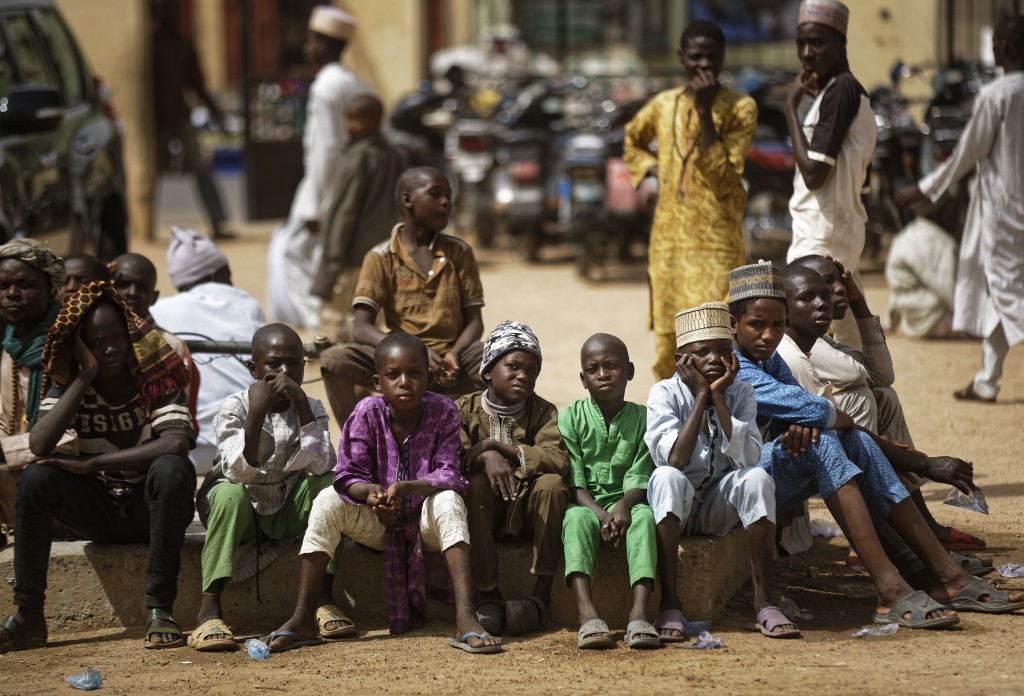 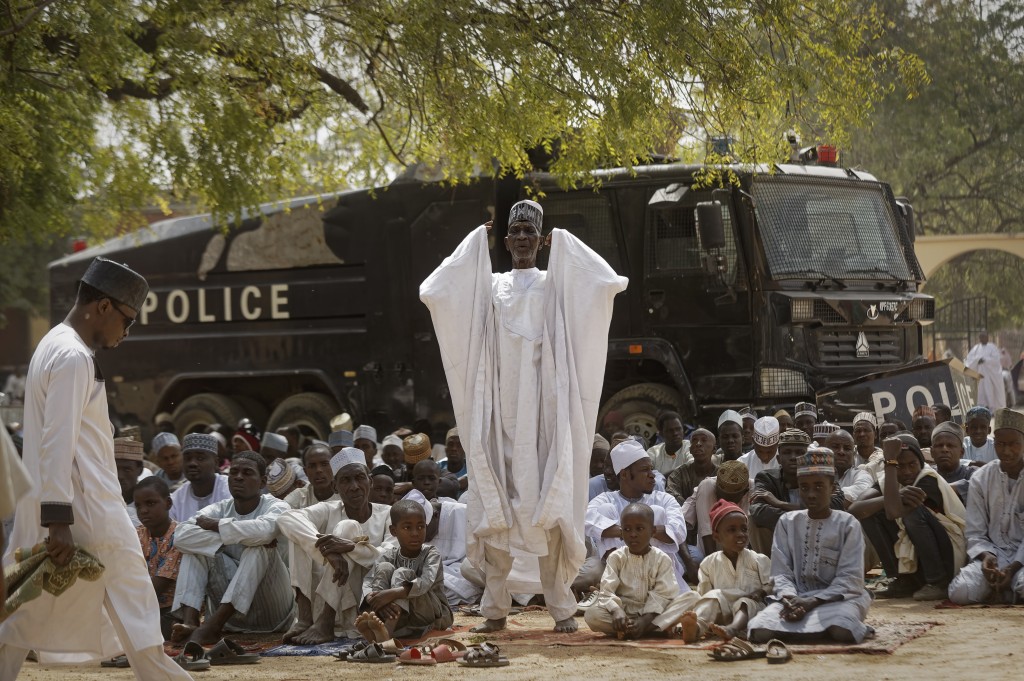 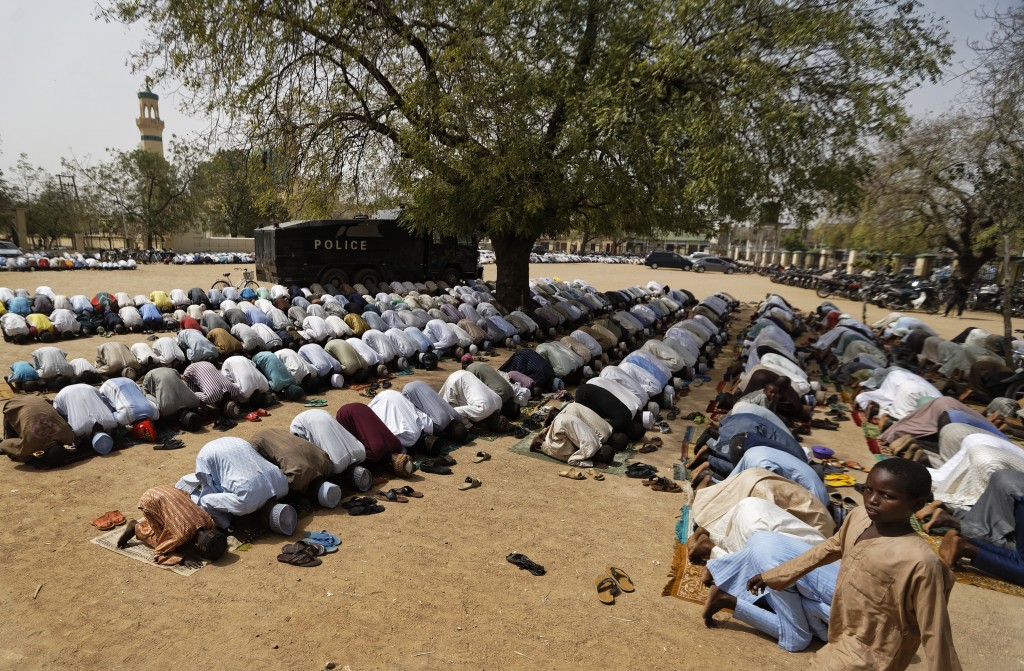 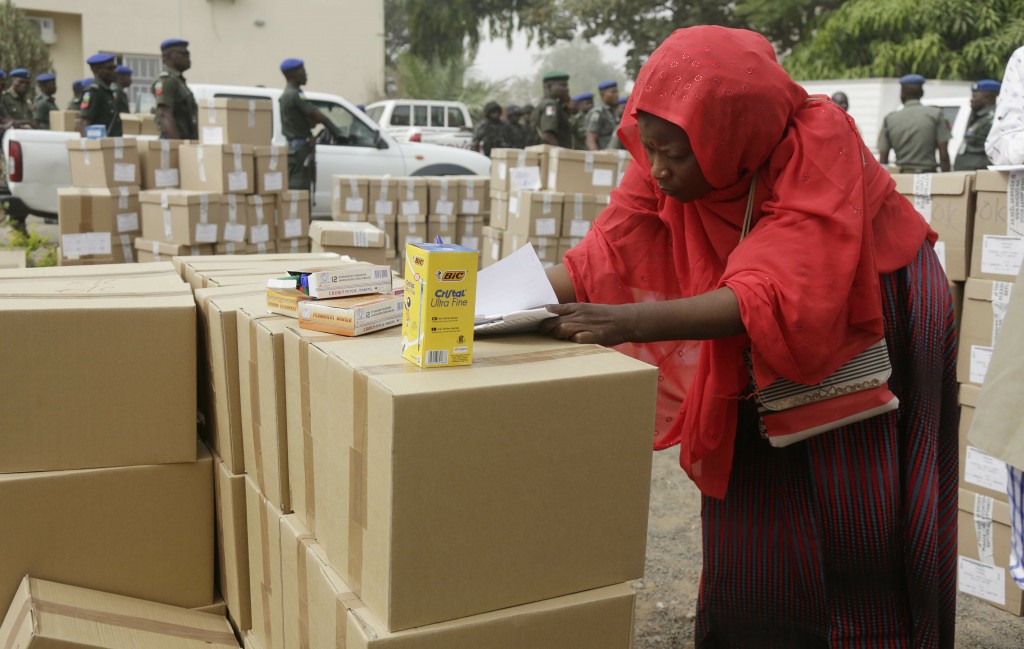 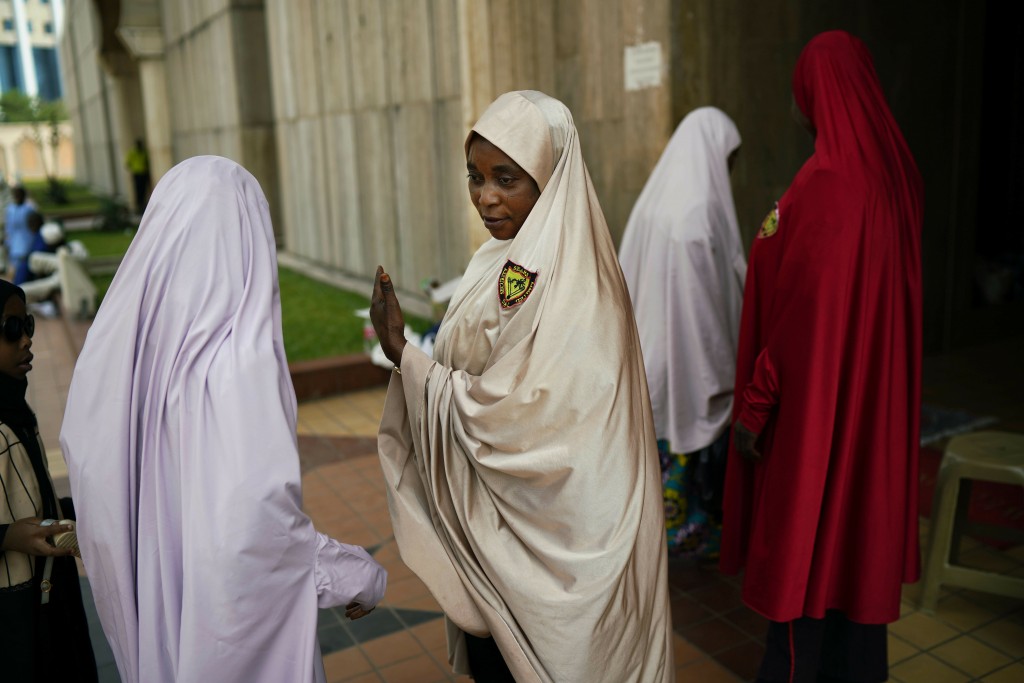 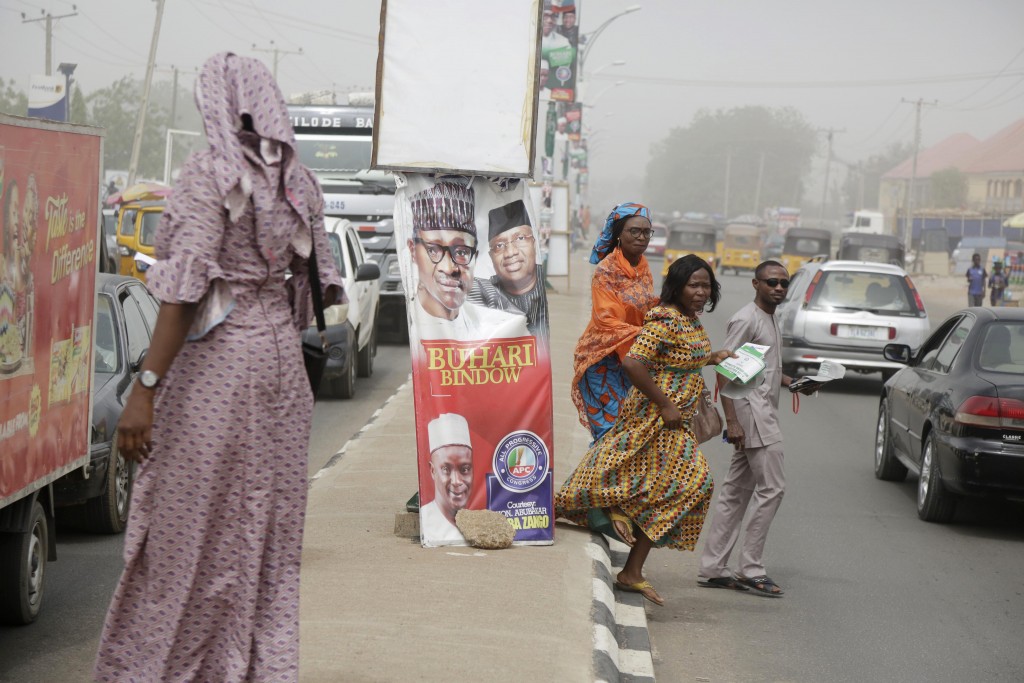 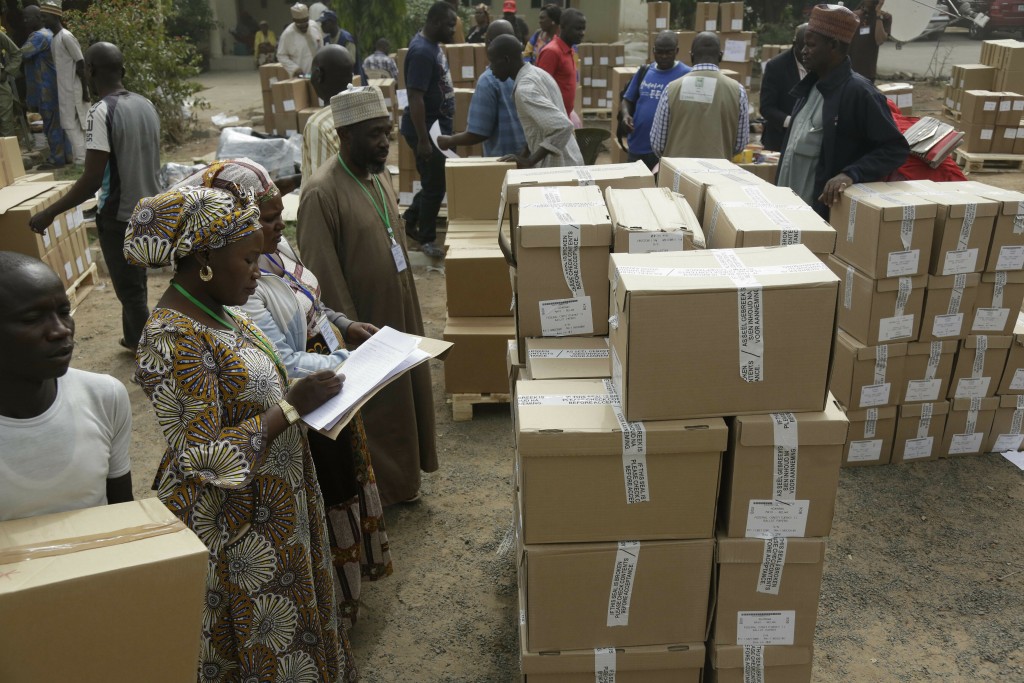 KANO, Nigeria (AP) — As Nigerians prepared to vote for president on Saturday, Sister Meg Odeh looked up from a selection of pineapples laid out at a fume-choked roadside market and considered the fate of her country. She ticked off the sprawling problems facing Africa's most populous nation: insecurity, poverty, corruption.

"I'm just praying for something good to happen to our people," the Roman Catholic nun said with a sigh.

More than 84 million voters in this country of some 190 million will head to the polls in what is seen as a close and heated race between 76-year-old President Muhammadu Buhari and top challenger Atiku Abubakar, a billionaire former vice president. Both have pledged to work for a peaceful election even as their supporters, including high-level officials, have caused alarm with vivid warnings against foreign interference and allegations of rigging.

"We love our country and we need our country to be safe from all the violence ... and all the nonsense that takes place during election time," worshipper Amin Muhammad Khalif said as he emerged Friday from prayers in Kano, Nigeria's second-largest city in a nation largely evenly split between Muslims and Christians.

When Buhari came to power in 2015 he made history with the first defeat of an incumbent president in an election hailed as one of the most transparent and untroubled ever in Nigeria, which has seen deadly post-vote violence in the past.

Now Buhari could become the second incumbent to be unseated. His term has been marked by a crash in global oil prices that spun Nigeria's heavily crude-dependent economy into a rare recession, from which it only emerged in 2017. Unemployment shot up. The country passed India as the nation with the most people living in extreme poverty. More than 13 million children are said to be out of school.

Insecurity on multiple fronts has seen little improvement, worrying neighbors of the West African regional powerhouse and beyond. While the military pushed Boko Haram extremists out of many communities in the country's northeast, claims of the group being "crushed" have withered in the face of continuing violence. A new offshoot pledging allegiance to the Islamic State group has surged in recent months, attacking military bases — and this week, a governor's convoy — sending tens of thousands of people fleeing anew.

On top of that, banditry in the northwest, oil militants in the south and deadly fighting in the central region between farmers and herders over increasingly precious land keep security forces stretched and the population on edge. On Friday, authorities reported at least 66 deaths in a single community this week in what one resident blamed on farmer-herder clashes.

Even in the fight against corruption, in which Buhari could claim some progress, many in Nigeria have expressed concern that those targeted are mostly opposition figures. Last month, Buhari damaged his reputation by suspending the country's chief justice, a key figure in any legal challenge to the election, over graft concerns without consulting other branches of government as required.

Meanwhile, many Nigerians worry about Buhari himself after he spent more than 150 days outside the country for still-unspecified medical treatment. Spare in both charisma and physique, Buhari spoke for just a few minutes at his final campaign rally on Thursday and struggled to hear or grasp a number of questions in an earlier, nationally televised town hall.

Joking with colleagues about the president's seemingly befuddled condition at times, one employee at the airport in the capital, Abuja, pointed to his temple and grinned. "No SIM card," he said.

Buhari's chief of staff, Abba Kyari, has sought to remind Nigerians how bad it was before this administration, when "every declared reform was in fact a disguise to privatize profit and leave the rest of us with all the risk." The president is delivering on basic needs first, Kyari wrote in The Nation newspaper on Thursday. "We, at least, mean what we say."

Borrowing a page from President Donald Trump's playbook, top challenger Abubakar has campaigned on the theme of "Let's Make Nigeria Work Again," while vowing to apply his business acumen to privatize Nigeria's all-important state oil company and lift 50 million people out of poverty by 2025.

"I have faith in the capacity of Nigeria to make a quantum leap from third world to first" like that of Singapore or Malaysia, he tweeted last month.

Despite such proclamations, Abubakar has never managed to shake years of corruption allegations. And, as Buhari grumbled in his final pre-election address to the nation on Thursday, one "cannot simply proclaim jobs into existence."

In the end, Saturday's vote could come down to the sorry state of Africa's largest economy and people's empty pockets, and stomachs.

In Abuja, 56-year-old Bako Sharibu was wrist-deep in a dumpster as he fished out pieces of plastic for recycling. His shy smile disappeared as he recalled that he once had good work as a janitor. Now he struggles to make his target of 300 naira (83 cents) a day.

"Everybody suffers too much. Hungry everywhere," he said, adding that if he could save a few thousand naira he would send the money to his three children in northern Kaduna state.

Then he shook his pocket. It was near sunset. He had just 50 naira in hand.

He will be voting for Abubakar, he said. Nigeria needs change.