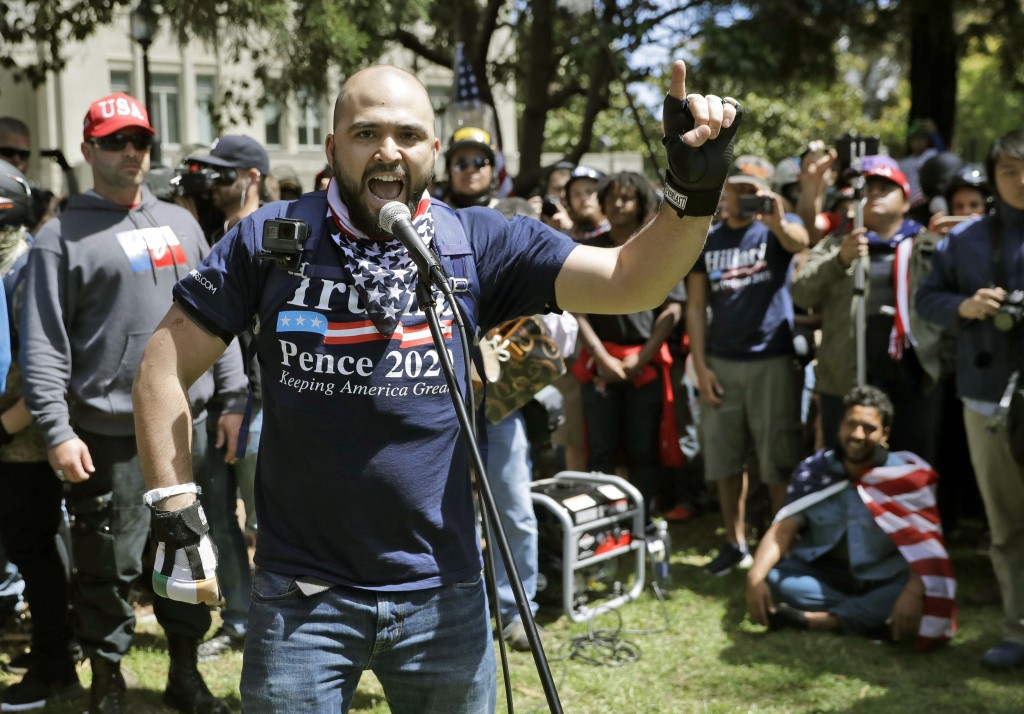 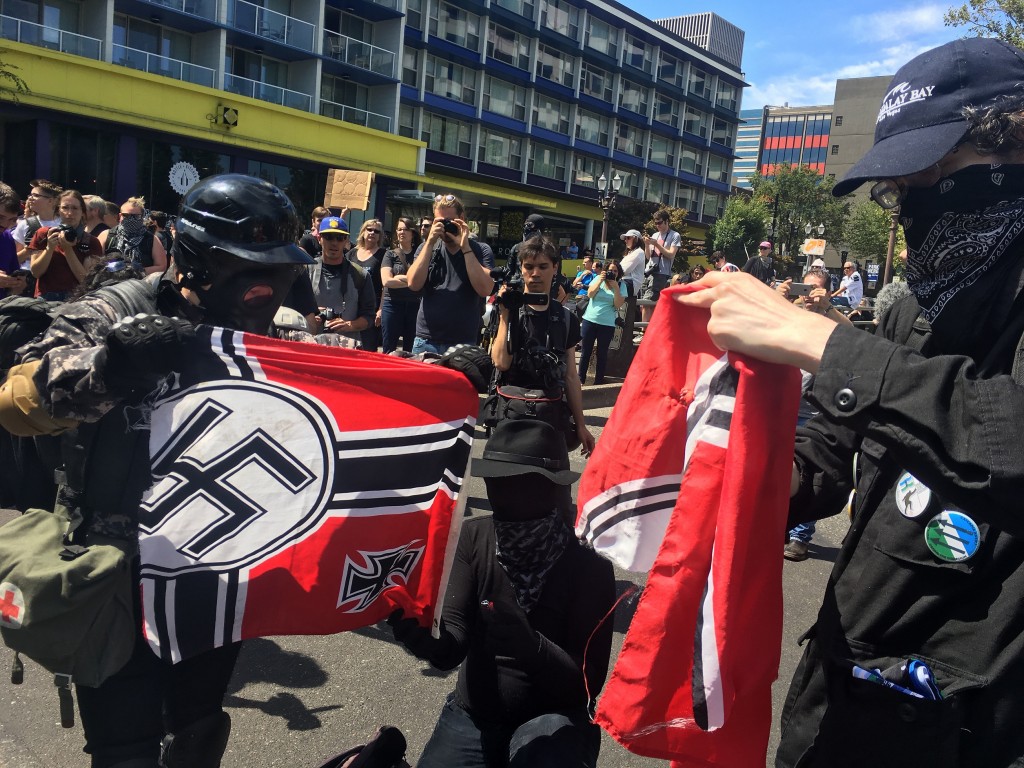 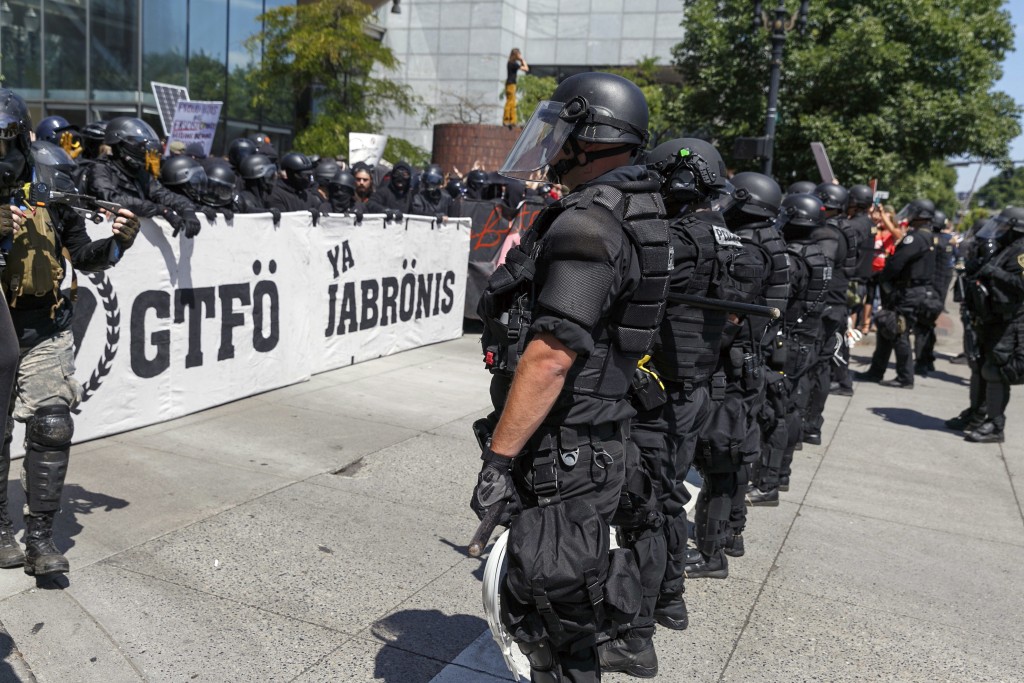 PORTLAND, Ore. (AP) — The Latest on text messages between the commander of the Portland, Oregon Police Bureau's rapid response team and the leader of the far-right group Patriot Prayer (all times local):

Portland, Oregon, police say commander will not work with a specialized rapid response team he leads while the city investigates texts between him and the leader of a far-right group.

Attempts to reach Niiya for comment were not immediately successful.

In the texts, Niiya details the movements of a rival anti-fascist protest group and warns Gibson that a Patriot Prayer ally with a possible warrant for his arrest needs to be careful.

Mayor Ted Wheeler has asked the police chief to investigate the "disturbing" texts and says they appear to encourage Patriot Prayer and contribute to the distrust of the police.

The mayor of Portland, Oregon, has asked the police chief to investigate "disturbing" texts between the commander of the department's rapid response team and the leader of a far-right group involved in violent protests in the city.

The text messages show Lt. Jeff Niiya communicating with Patriot Prayer leader Joey Gibson during protests, detailing the movement of a rival anti-fascist protest group and warning Gibson a Patriot Prayer member with a possible warrant for his arrest needed to be careful. The messages were first reported Thursday by the Willamette Week newspaper.

Mayor Ted Wheeler said the messages appeared to encourage Patriot Prayer and contributed to distrust of the police.

The police were accused last August of being heavy-handed and injuring some people who were protesting a rally organized by Gibson.