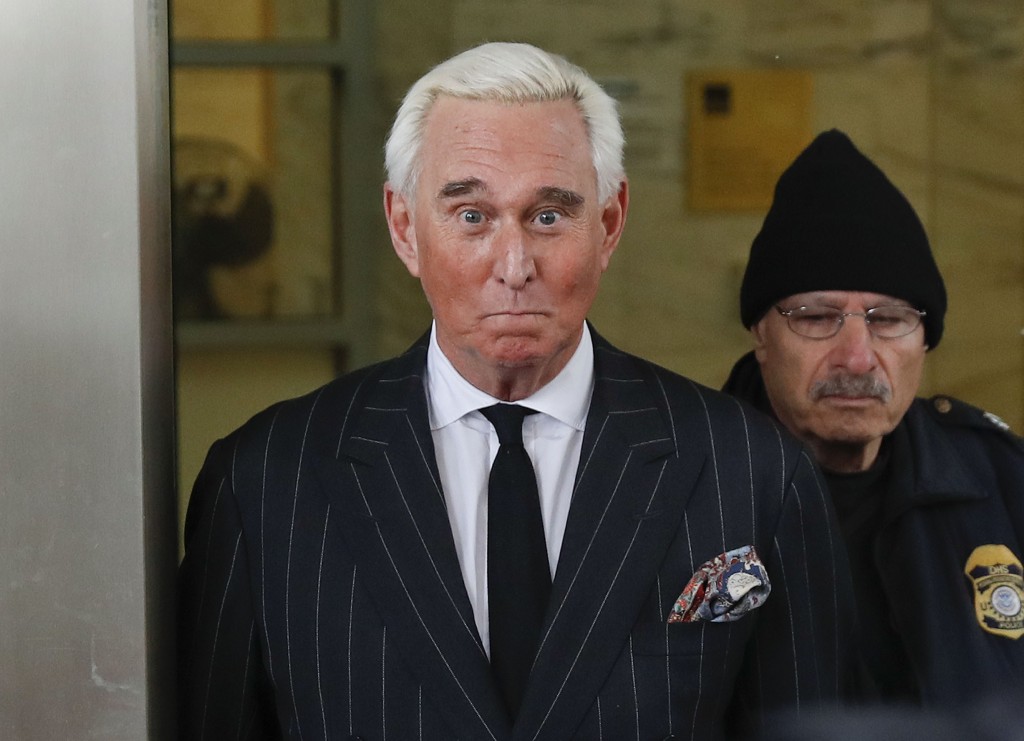 WASHINGTON (AP) — A federal judge has issued a gag order in the criminal case of Roger Stone, a longtime confidant of Donald Trump.

U.S. District Judge Amy Berman Jackson on Friday ordered both sides to refrain from making statements to the media or the public that could prejudice the case.

Stone, 66, is charged with lying to Congress, obstruction and witness tampering related to discussions he had during the 2016 election about WikiLeaks, the anti-secrecy group that released material stolen from Democratic groups including Hillary Clinton's campaign.

The charges came out of the special counsel's probe into Russian meddling in the election.

The judge said the order was necessary to ensure Stone's right to a fair trial and "to maintain the dignity and seriousness of the courthouse and these proceedings."