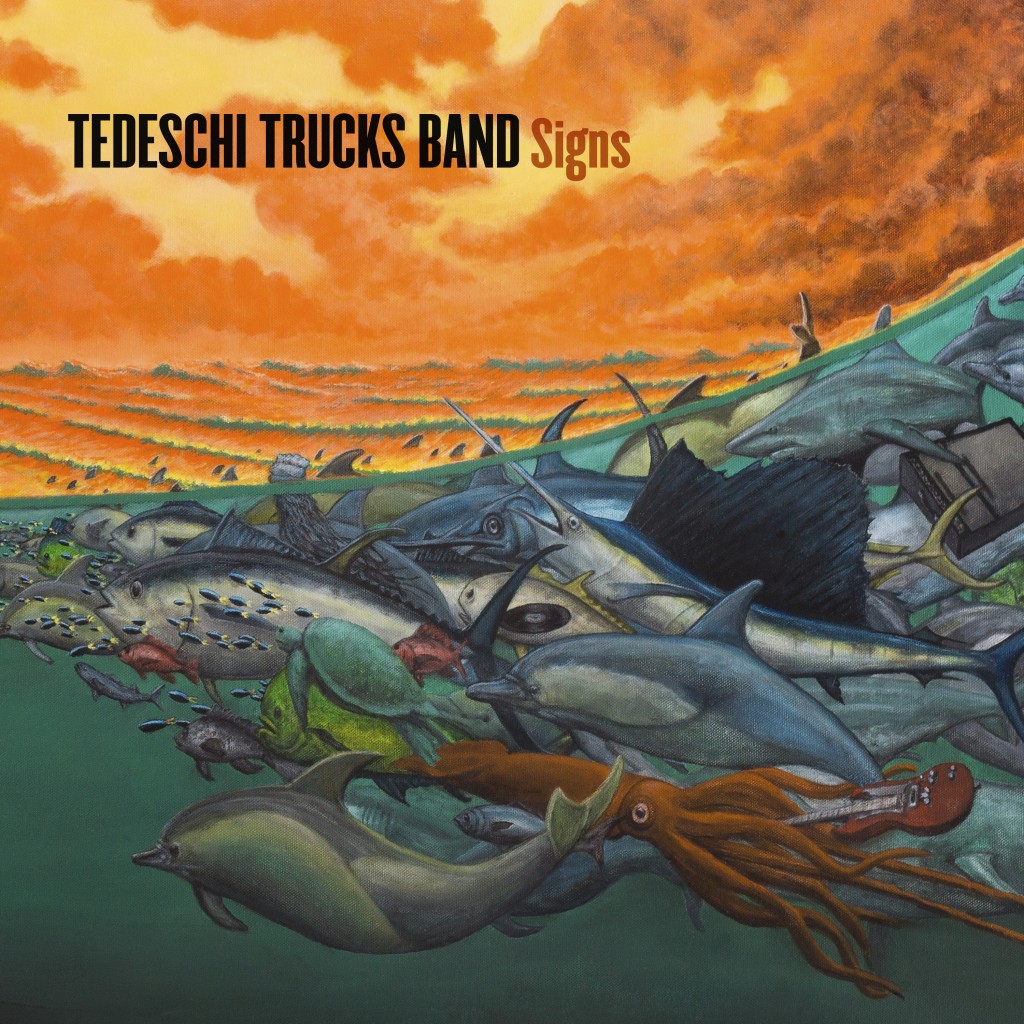 You can't avoid being mesmerized by Susan Tedeschi's singing on "Signs."

The Tedeschi Trucks Band has a dozen members, including three other vocalists, a pair of drummers, a horn section, keyboards, bass and guitarist Derek Trucks — Tedeschi's husband — and their fourth studio album makes full and flavorful use of the whole talented lineup.

Nonetheless, even as the band again sounds fantastic, Tedeschi's vocals keep finding ever deeper shades of feeling and meaning on this varied collection of blues-inflected soul and rock tunes — all written by different combinations of band members, some with guests like Warren Haynes or Doyle Bramhall II.

She soars on "Still Your Mind," giving the already glass-half-full lyrics — "Don't the darkness of the world enter your soul/You know the light of your smile is what make me whole" — additional power and emotion. The song's extended instrumental coda is steaming hot, but you keep hoping she'll return for another verse or two before it's over. It begs for a cover by Pearl Jam.

Tedeschi also shines on the quieter songs, like survival guide "Strengthen What Remains," featuring a string section, and closer "The Ending," a happy/sad tribute to Bruce Hampton, a TTB mentor and founder of Atlanta's legendary Hampton Grease Band who collapsed on stage during his 70th birthday concert.

"Signs, High Times" launches the album with room for solo lines from the band's other singers — Mike Mattison, Alecia Chakour and Mark Rivers — and a can-do/must-do attitude of getting your act together in challenging times.

It's a logical start, taking into account that keyboardist/flutist Kofi Burbridge was hospitalized after a heart attack and some of the group's closest friends and relatives — Hampton, Butch Trucks and Gregg Allman — passed away just as work was due to start album.

Expressions of hope, renewal, affection and commitment abound, making "Signs" an inspirational album for the times.