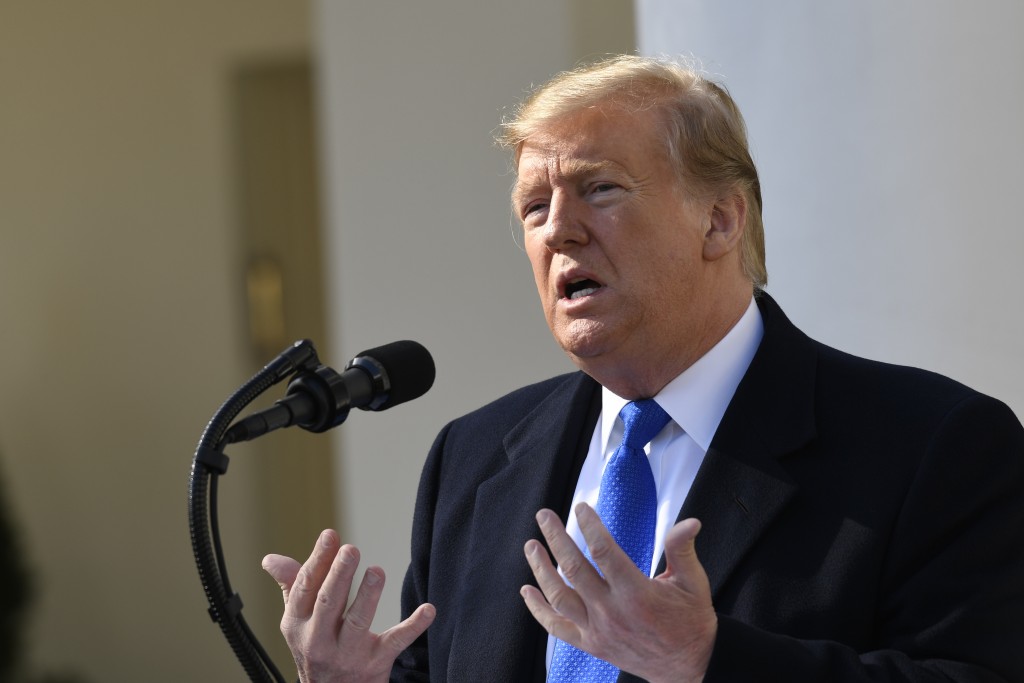 WASHINGTON (AP) — Ahead of his second meeting with North Korea's Kim Jong Un, President Donald Trump said Friday that the leader of Japan had nominated him for a Nobel Peace Prize for his work to open up a dialogue with the reclusive country.

Prime Minister Shinzo Abe "gave me the most beautiful copy of a letter that he sent to the people who give out a thing called the Nobel Prize," Trump told reporters in the Rose Garden when asked about his upcoming summit with Kim later this month in Vietnam. "He said, 'I have nominated you, respectfully, on behalf of Japan. I am asking them to give you the Nobel Peace Prize.'"

South Korean President Moon Jae-in, who also has credited Trump with starting negotiations with North Korea, has endorsed him for the Nobel Peace Prize as well.

Trump said early exchanges with Kim were filled with "fire and fury," but since their first meeting last year in Singapore, the two have established a good relationship. He said Abe nominated him because he was worried about North Korea conducting missile tests over Japan.

In 2009, President Barack Obama received the Nobel Peace Prize for laying out the U.S. commitment to "seek the peace and security of a world without nuclear weapons."

"I'll probably never get it, but that's OK," Trump said. "They gave it to Obama. He didn't even know what he got it for."