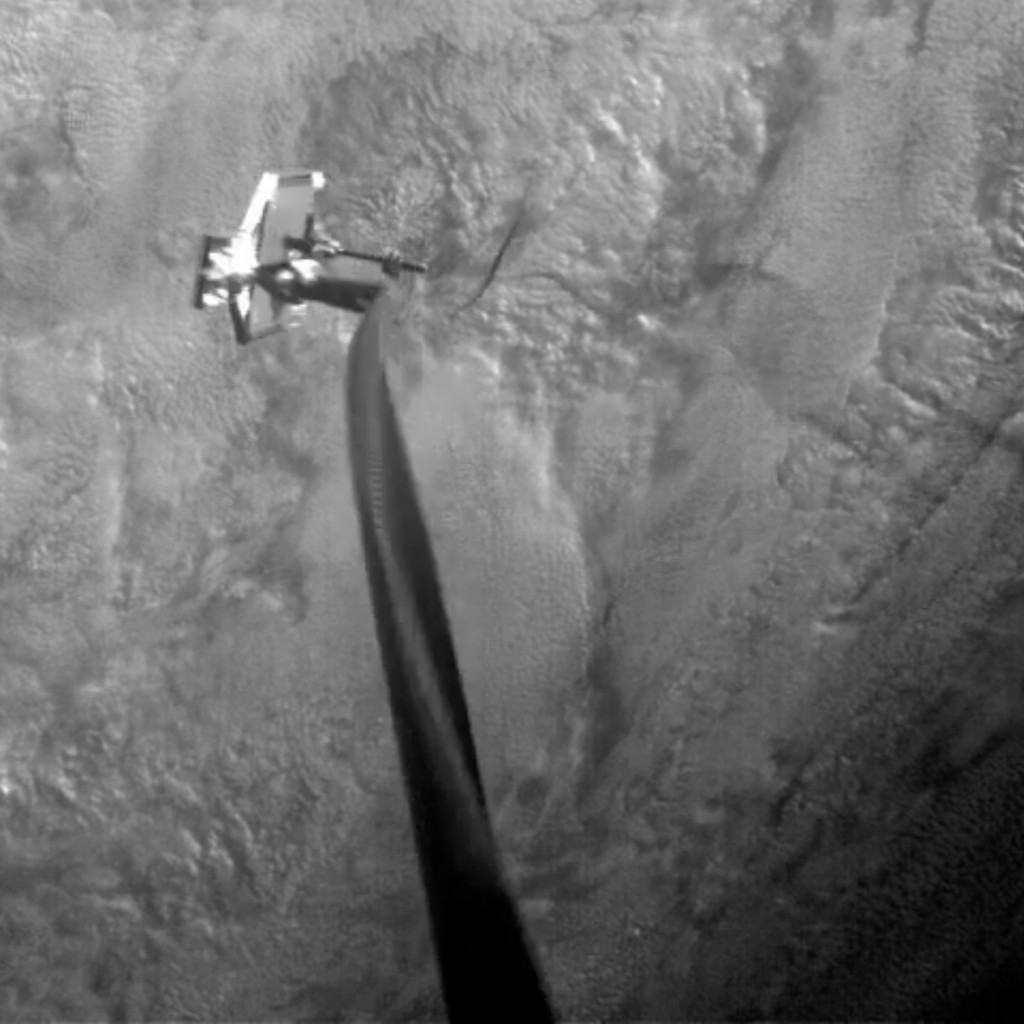 CAPE CANAVERAL, Fla. (AP) — A harpoon flung from a satellite has successfully captured a piece of pretend space junk, like a whale.

The British-led experiment is part of an effort to clean up debris in orbit.

The University of Surrey's Guglielmo Aglietti said Friday that the steel-tipped harpoon scored a bull's-eye last Friday. The harpoon — no bigger than a writing pen — pierced an aluminum panel the size of a table tennis racket attached to the end of a satellite boom. The distance was just 5 feet ( 1.5 meters), but researchers were thrilled.

The same team used a net to capture a piece of space junk, in a test last September.

The experiment was released from the International Space Station last year.