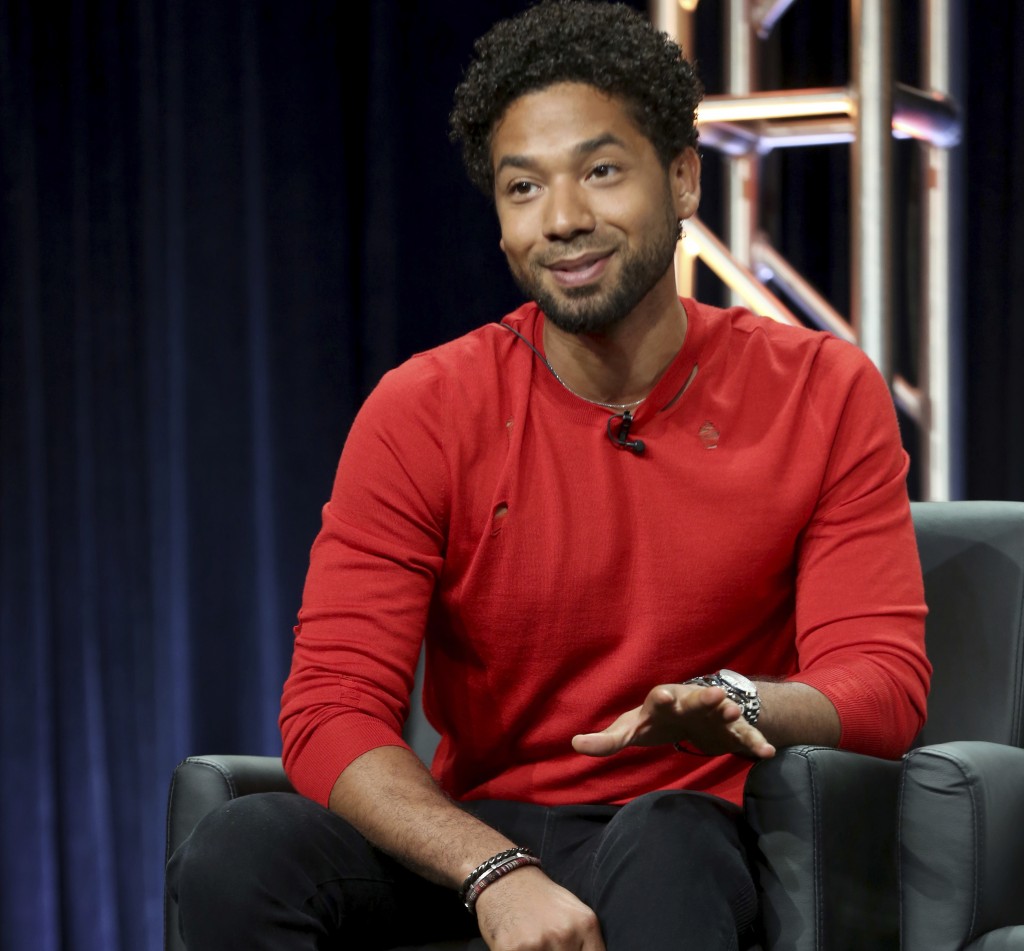 Some key moments in the story:

—Jussie Smollett tells Chicago police he was physically attacked by two men in downtown Chicago while out getting food from a Subway restaurant at 2 a.m. The black and openly gay actor tells authorities the men used racial and homophobic slurs, wrapped a rope around his neck and poured an "unknown substance" on him. Police say Smollett told detectives that the attackers yelled he was in "MAGA country," an apparent reference to President Donald Trump's "Make America Great Again" campaign slogan that some critics of Trump have decried as racist and discriminatory.

—Chicago police say they've reviewed hundreds of hours of surveillance camera footage, including of Smollett walking downtown, but none of the videos show the attack. Police obtain and release images of two people they would like to question.

—Trump tells reporters at the White House that he saw a story the night before about Smollett and that, "It doesn't get worse, as far as I'm concerned."

—Smollett's family issues a statement calling the attack a racial and homophobic hate crime. Smollett's family says he "has told the police everything" and "his story has never changed," disputing assertions leveled on social media that he has been less than cooperative and changed his story.

—Smollett issues a statement telling people that he is OK and thanking them for their support. He says he is working with authorities and has been "100 percent factual and consistent on every level."

—Smollett gives a concert in West Hollywood, California , opening with an emotional speech, saying he had to play the show because he couldn't let his attackers win.

Chicago police say Smollett turned over some, but not all, of the phone records detectives requested as part of their investigation. Police say the heavily redacted files aren't sufficient. Smollett says he redacted information to protect the privacy of contacts and people not relevant to the attack.

—Chicago police later say local media reports that the attack against Smollett was a hoax are unconfirmed .

—Producers of "Empire" dispute media reports that Smollett's character was being written off the show.

—Chicago police spokesman Anthony Guglielimi says the two "persons of interest" are now considered suspects . He says the men are in custody but have not been charged with a crime.