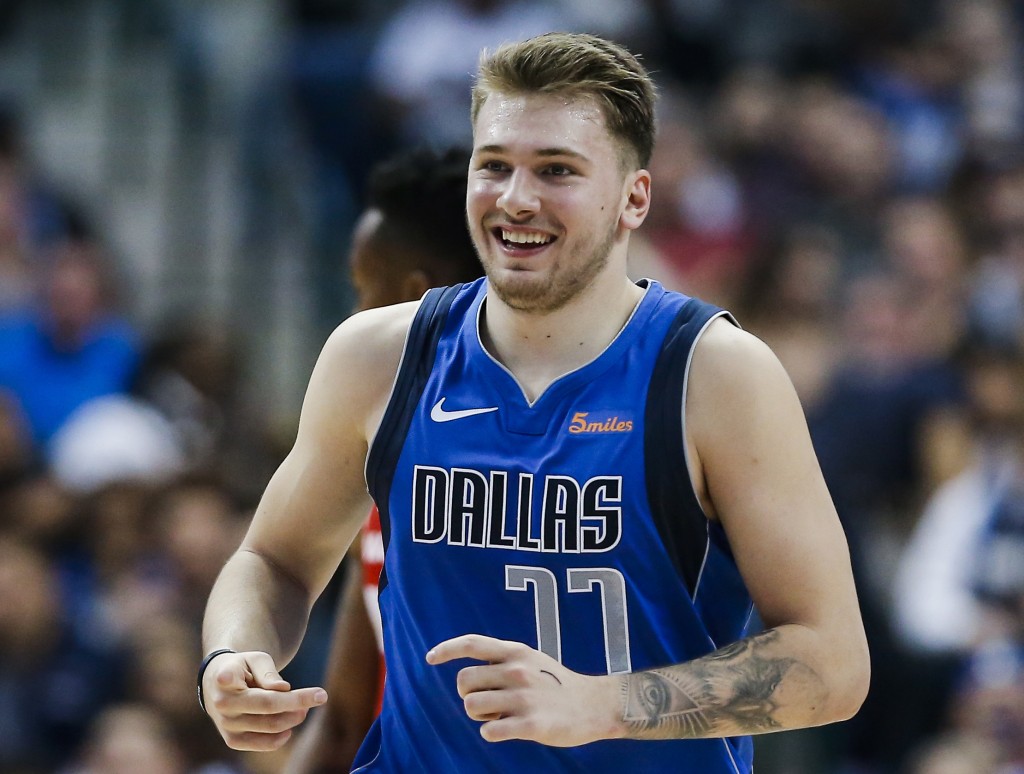 Dallas rookie Luka Doncic said if he had to pick any five current international players to beat an American team of All-Stars the list would include Milwaukee's Giannis Antetokounmpo, Dallas' Kristaps Porzingis, Denver's Nikola Jokic, Miami's Goran Dragic and — he added with a smile — himself.

Doncic got his first look at All-Star life Friday, when he was part of the Rising Stars practice and media session in the morning. He'll play on the World Team against the U.S. in the Rising Stars game on Friday night.

Doncic says his adjustment to the NBA has gone better than expected after a very successful start to his career in which he is averaging 20.7 points, 7.2 rebounds and 5.6 assists per game

Doncic said that "it went great from the beginning" and that having the trust of his teammates made the transition easier.

He said didn't expect to have as much success as he's had this season, adding "I'm surprised a little bit, too."

NBA Commissioner Adam Silver has opened the annual All-Star Technology Summit by touting the "smart jersey of the future."

Silver used an app on a phone to change the number and name on the back of a jersey that was displayed on the side of the stage where he spoke, flipping it from a Kemba Walker model to a Stephen Curry model to a Michael Jordan model. Silver laid out what a fully customizable fan experience may look like in the NBA in 2038, right down to changing the name on the jersey those fans wear to games.

Silver's address opened the summit, a platform for discussions about basketball's future and the role of evolving technology.

The tech summit is in 20th year and draws hundreds of top league executives. Panels are scheduled on sports betting, disruptive technology, the relationship between athletes and technology, and ways to attract fans of the so-called Gen Z — the 2.5 billion people worldwide born between 1997 and 2010.