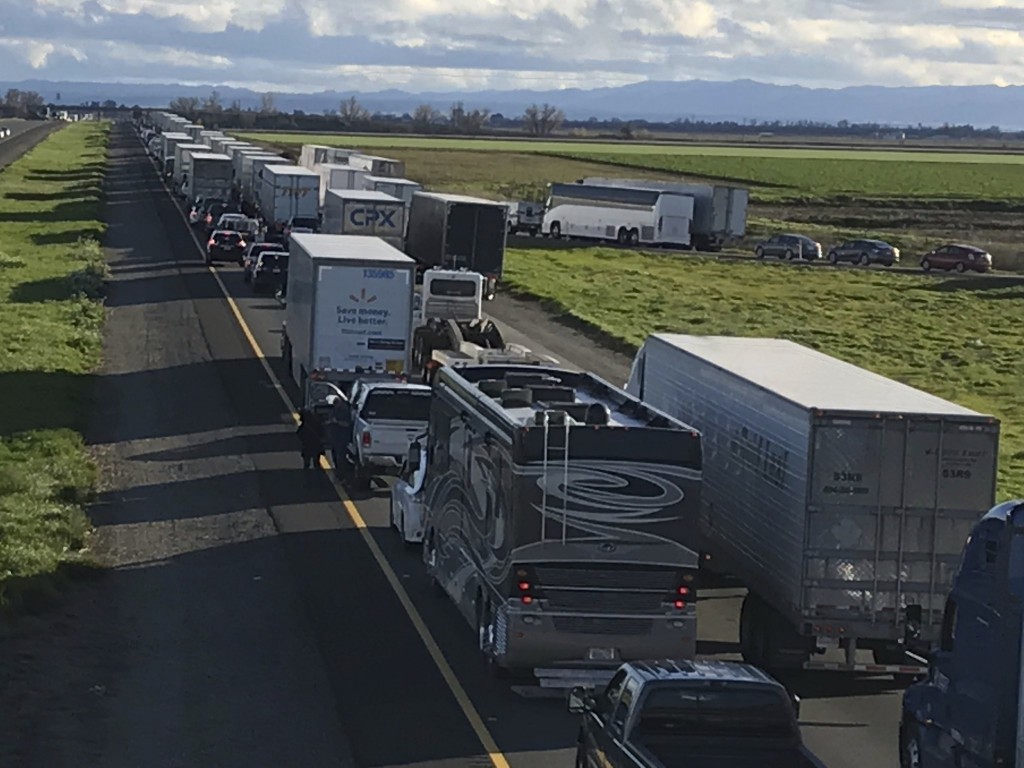 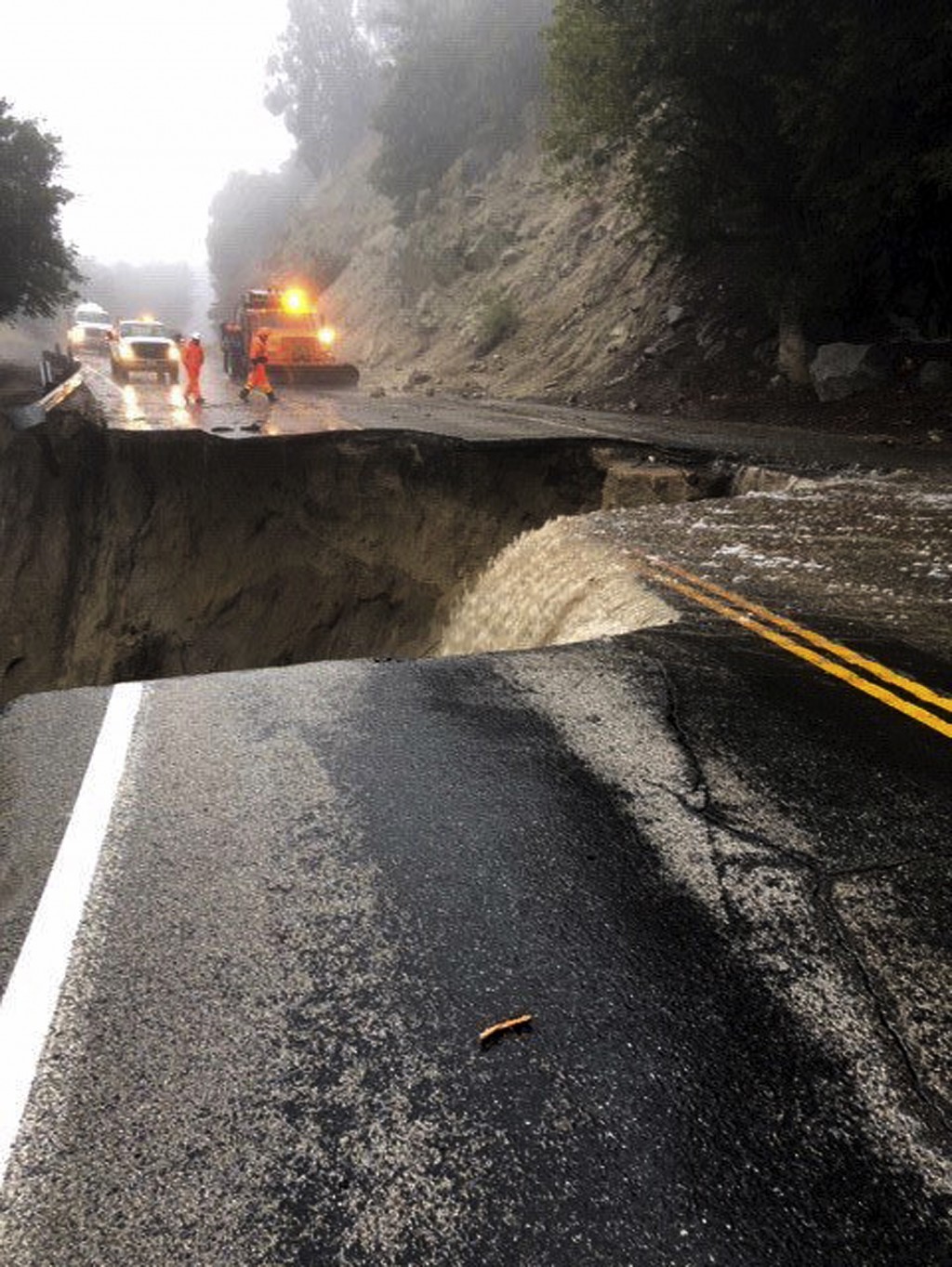 SAUSALITO, Calif. (AP) — The Latest on storms hitting the West (all times local):

Scattered showers and snow are expected for an already soaked California, prompting authorities to issue a flood warning for coastal areas and a winter storm warning for mountainous regions.

Officials say Interstate 80 in the Sierra Nevada is closed Friday from the small community of Colfax to the Nevada border because of whiteout conditions. They say dangerous travel conditions will continue through early Sunday.

The area is expected to receive at least 3 feet (0.9 meters) of new snow.

In the San Francisco Bay Area, the westbound lanes of Highway 36 in the city of Novato were closed after a levee breached and flooded it. That complicated the commute for thousands of motorists.

Officials issued a flood warning lasting through Saturday for the community of Guerneville north of San Francisco because the Russian River surpassed flood stage overnight.

Authorities warn that mudslides are still possible even after a damaging storm moved through California.

The powerful system unleashed rain, snow and wind across the U.S. West into Wyoming and Colorado.

In California, roads were washed away, people were trapped in rising floodwaters and debris flows destroyed homes. At least two deaths were reported: a man who was paddle-boarding down a surging storm channel in Escondido and a woman who suffered a heart attack while being rescued from rising waters in Corona.

Some evacuation warnings remain in place for neighborhoods near wildfire burn areas southeast of Los Angeles.