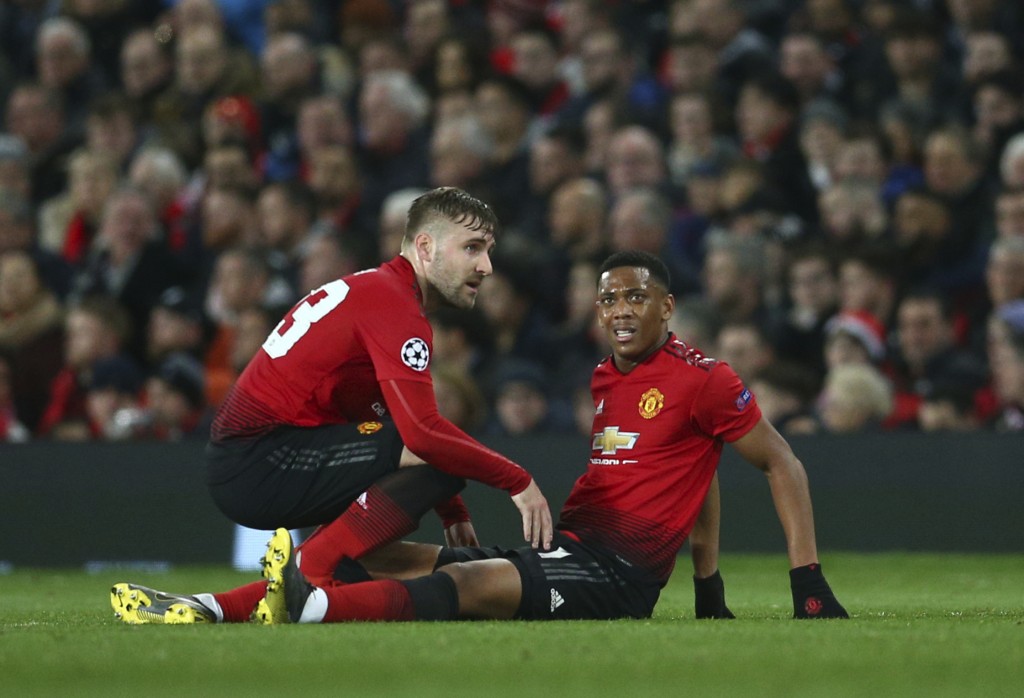 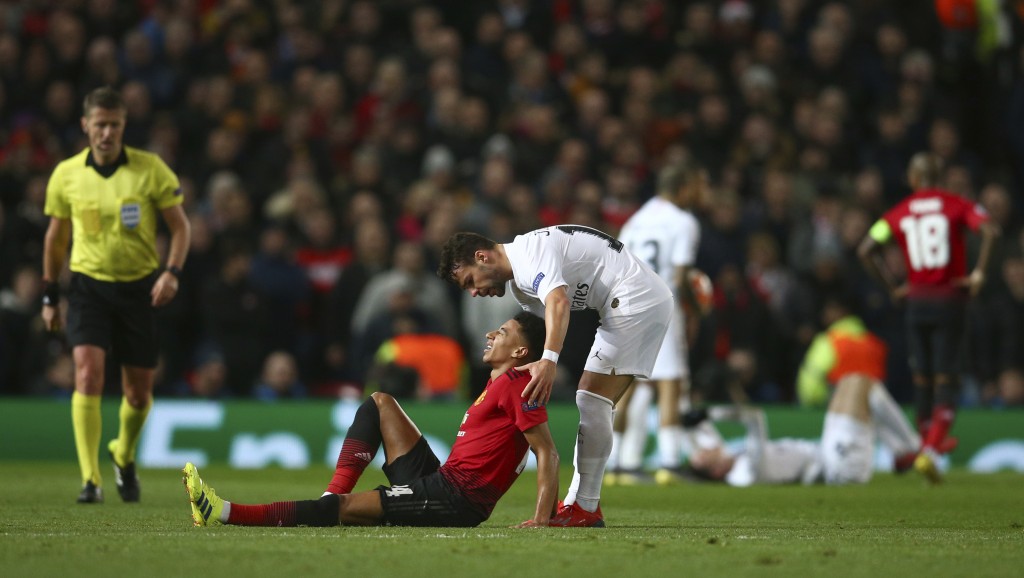 MANCHESTER, England (AP) — Manchester United could be without forwards Jesse Lingard and Anthony Martial for at least two weeks.

In the 2-0 loss to Paris Saint-Germain in the Champions League on Tuesday, Lingard was substituted just before halftime with a hamstring injury. Martial's groin problem saw him withdrawn before the start of the second half.

United manager Ole Gunnar Solskjaer says the players will be "out for two to three weeks, looking at it now."

It is a setback for United, which plays Chelsea in the fifth round of the FA Cup on Monday before hosting Liverpool on Feb. 24.

The injuries could see Alexis Sanchez and Romelu Lukaku get more playing time. Teenage attackers Tahith Chong and Angel Gomes could also be in the frame.