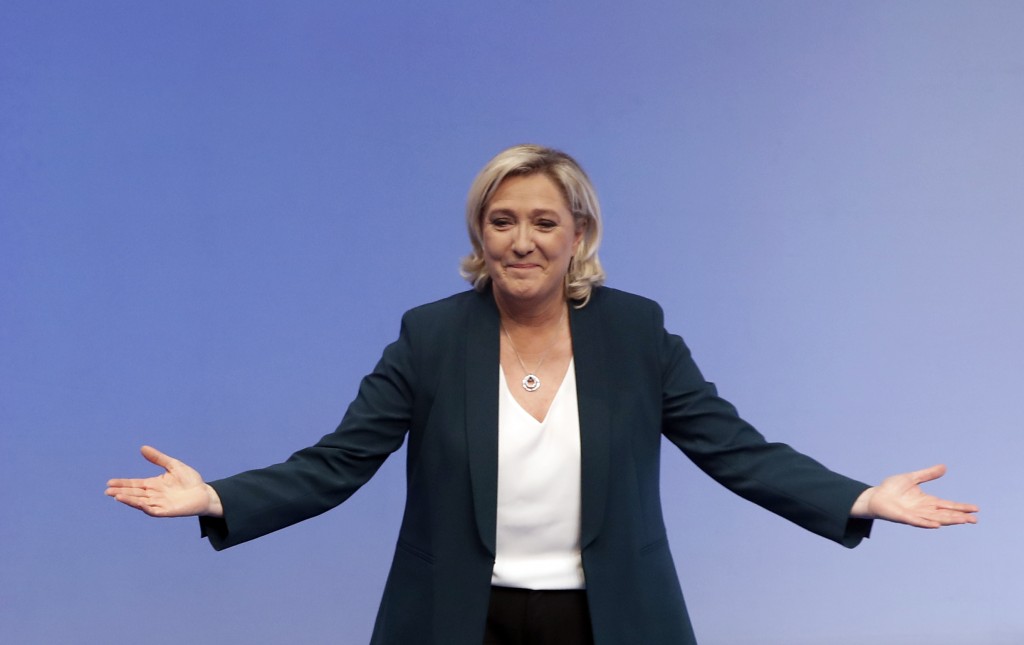 NANTERRE, France (AP) — French far-right leader Marine Le Pen feels she is now part of a movement of populist parties on the rise across Europe.

With less than 100 days until elections to the European Parliament, Le Pen thinks together they can make new inroads — and start restructuring the EU from within.

At a news conference Friday, Le Pen said "things have changed a lot" and that she and her renamed National Rally party "no longer" feel isolated in Europe.

She noted parties of the same ilk are now holding or sharing power, from the League in Italy, which is part of the government, to Austria with its far-right chancellor, Sebastian Kurz.

She claimed that "we can legitimately envision today to change Europe from inside ... because we consider ourselves powerful enough."