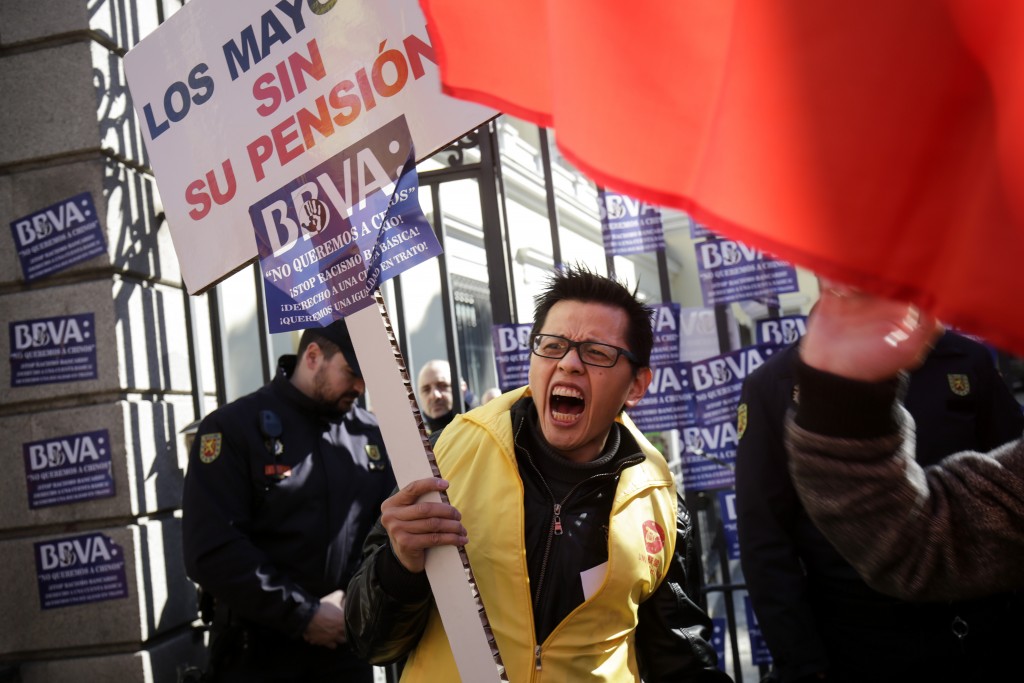 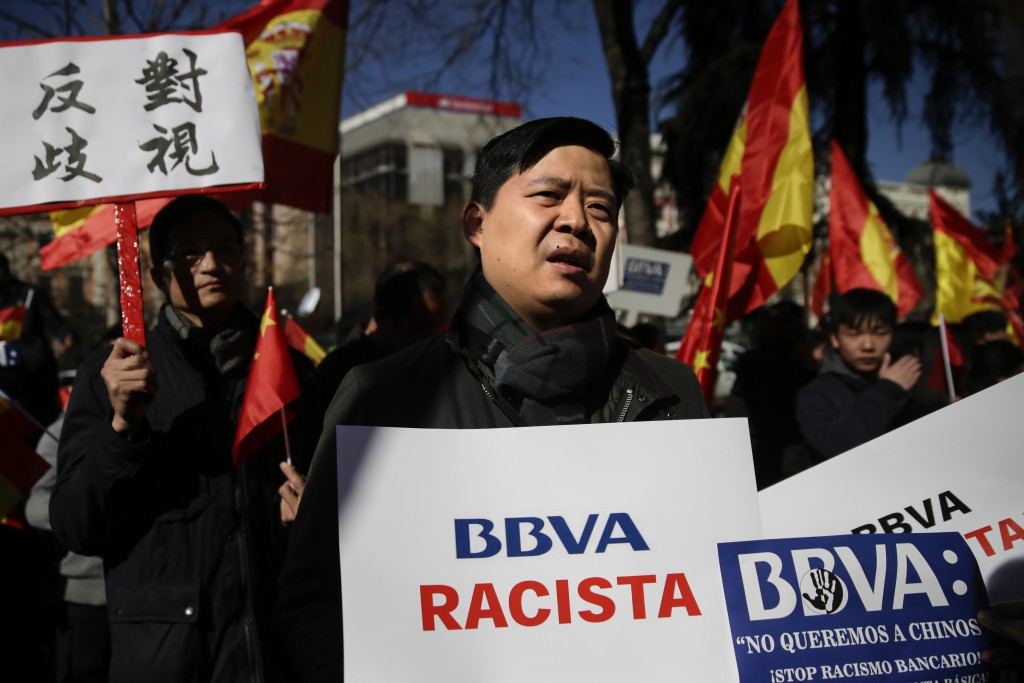 MADRID (AP) — Hundreds of Chinese have protested outside a Spanish bank in Madrid, claiming they are being unfairly denied access to their accounts while the bank insists it's merely complying with money-laundering laws.

Spanish media report that the protesters are demanding access to their money. The protesters yelled "Justice now, No to racism" and held Spanish and Chinese flags.

BBVA says in a statement that money-laundering laws require customers to properly identify themselves and demonstrate that their taxable income is compatible with the amount entering their bank account.

The statement said if those conditions aren't met the bank must take action, regardless of the client's nationality.

It said the bank is taking steps to speed up procedures and deal with complaints. No other Spanish banks have been the target of Chinese protests.