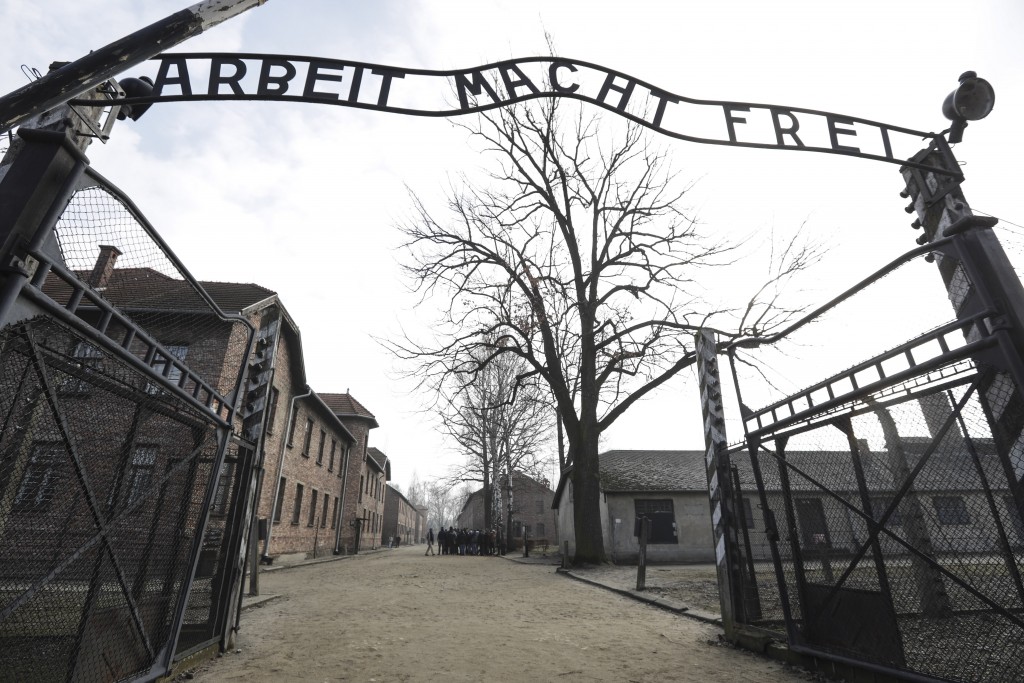 WARSAW, Poland (AP) — U.S. Vice President Mike Pence is visiting the memorial site of Auschwitz along with the Polish president.

It was the first visit for Pence, a conservative Christian, to the site where German forces murdered 1.1 million people, most of them Jews but also Poles, Roma and others, during the Nazis' occupation of Eastern Europe during World War II.

Pence and his wife were joined by Polish President Andrzej Duda and the Polish first lady, Agata Kornhauser-Duda.

They began their visit Friday by walking under the notorious gate with the German words "Arbeit Macht Frei," the Nazi slogan meaning "Work sets you free."

The vast complex includes surviving barracks and watchtowers as well as the ruins of gas chambers and crematoria where the Nazis murdered people and burned their bodies.