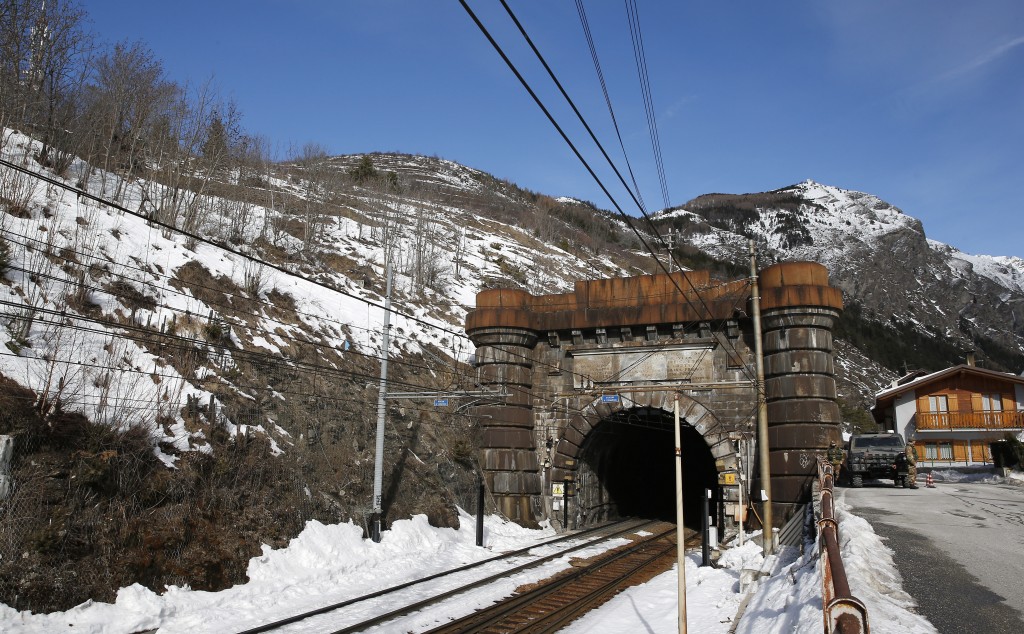 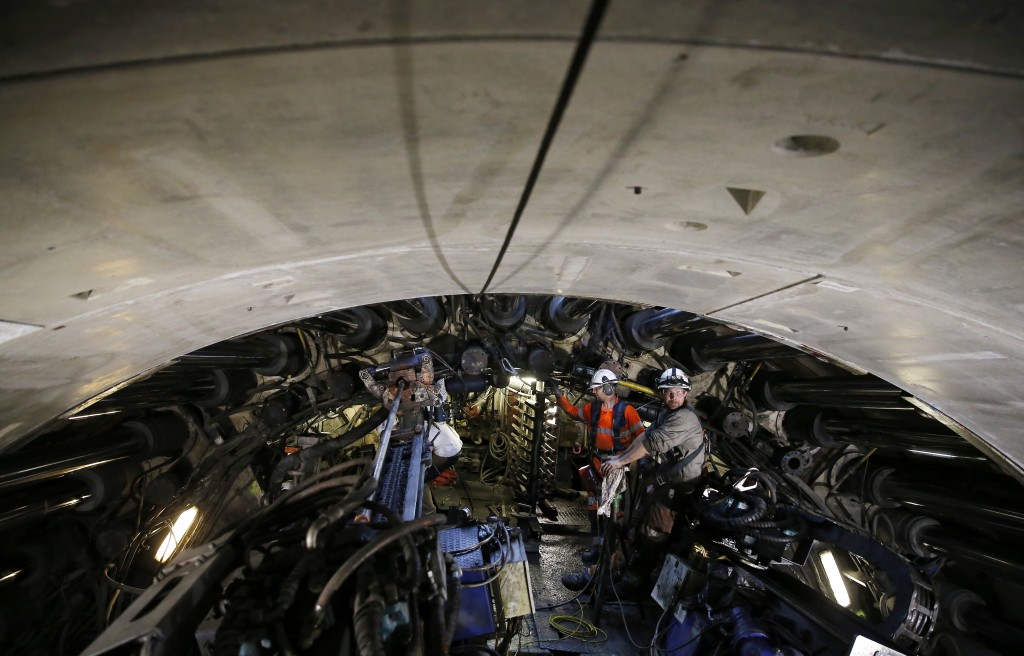 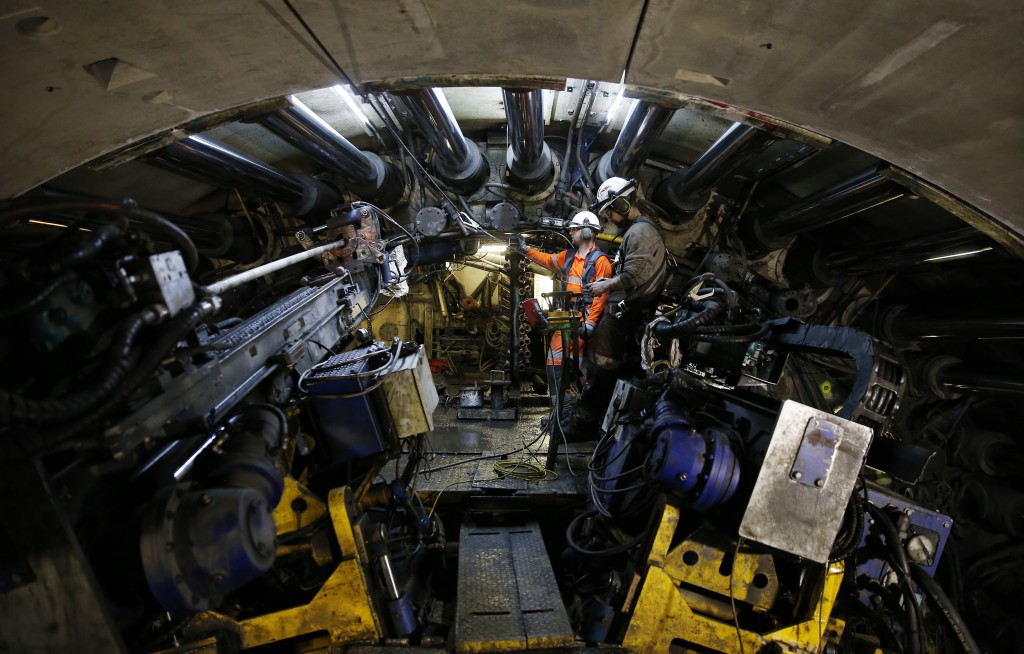 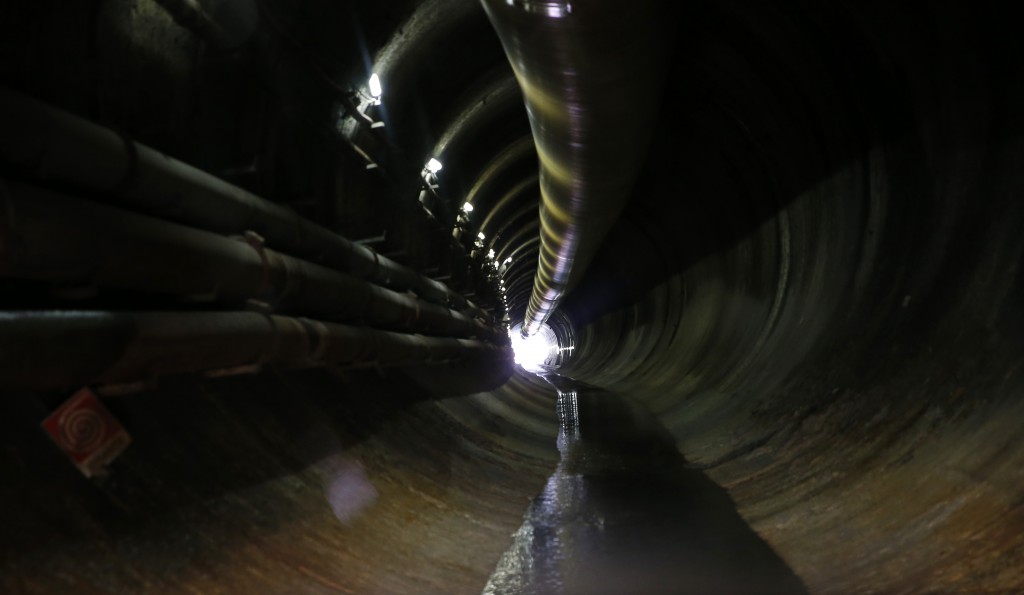 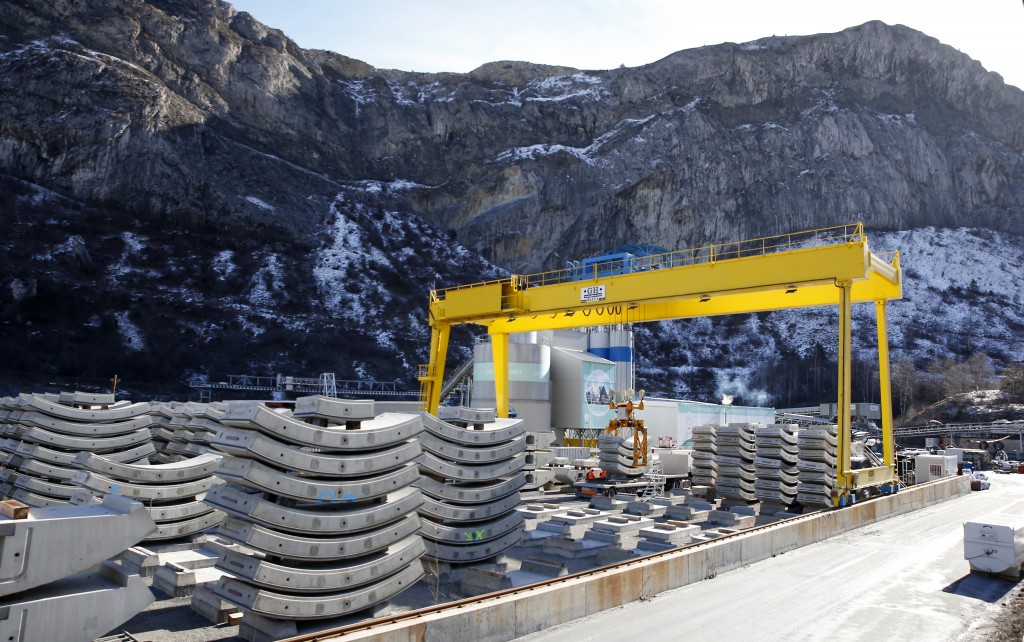 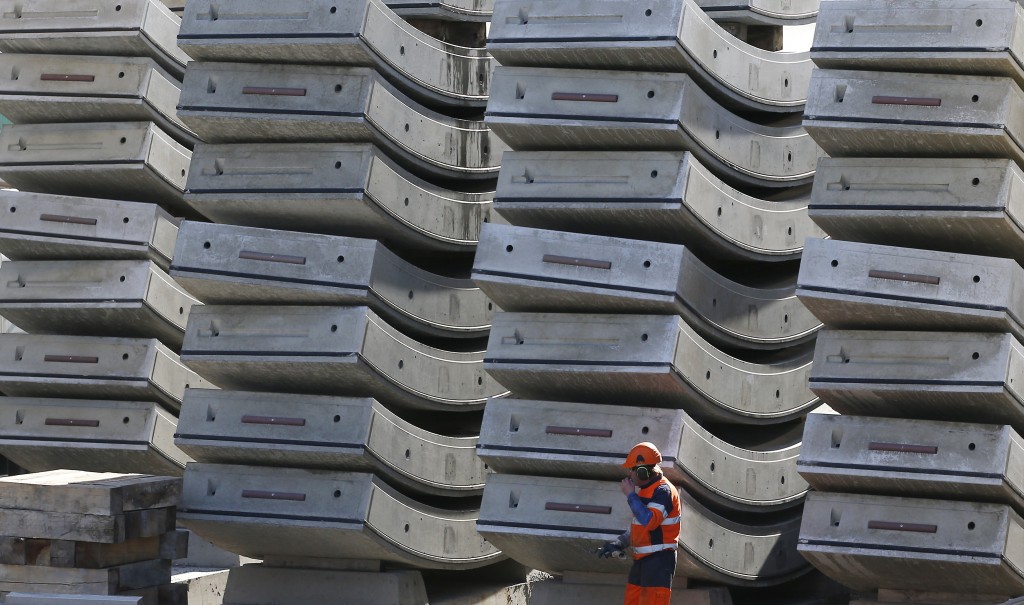 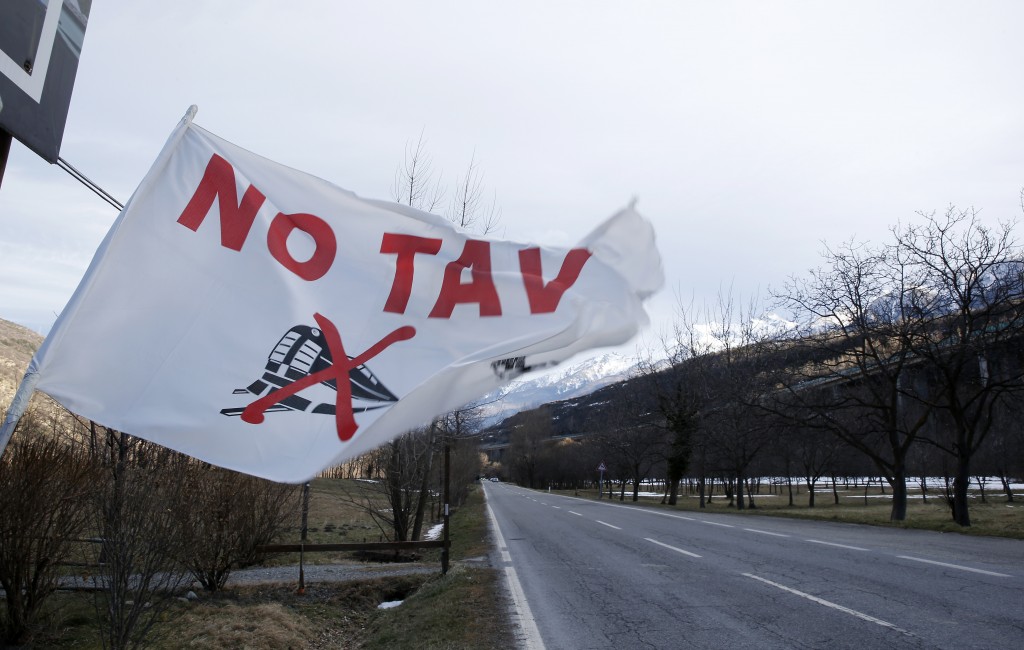 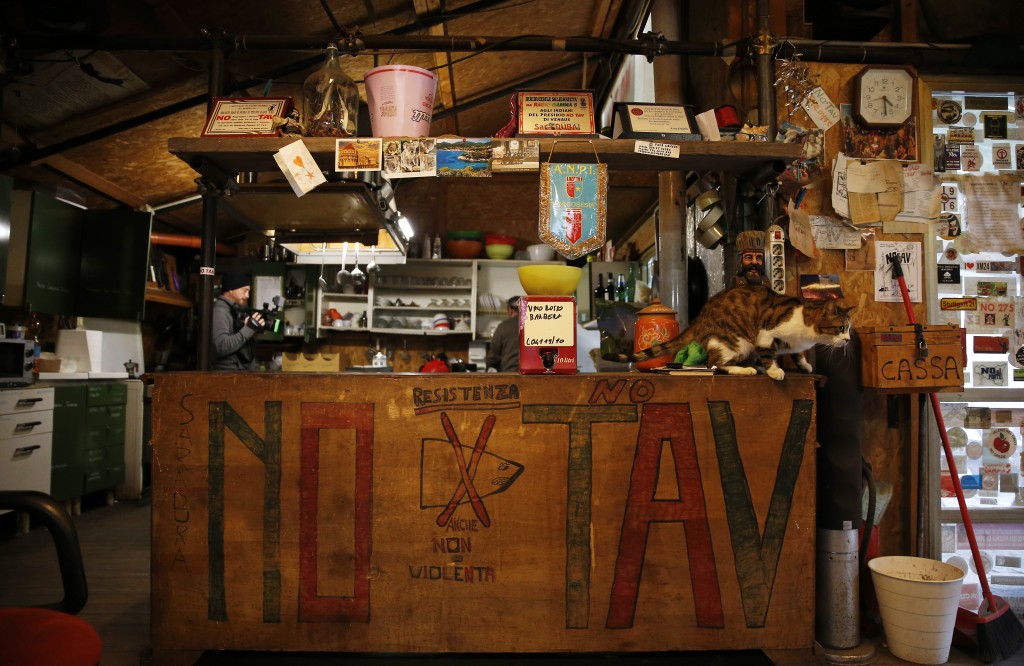 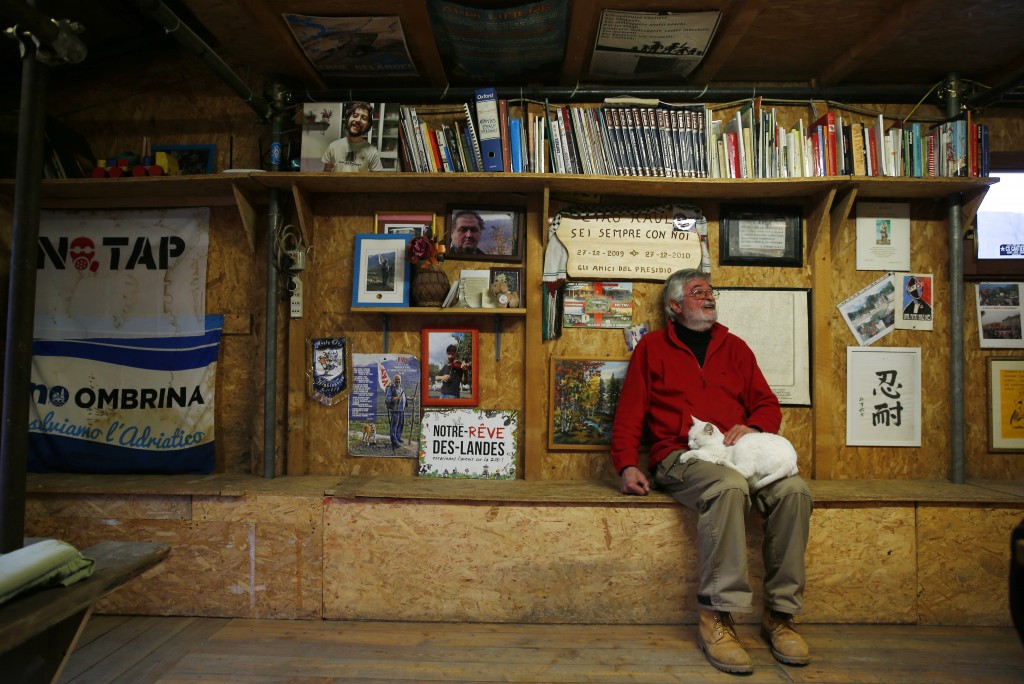 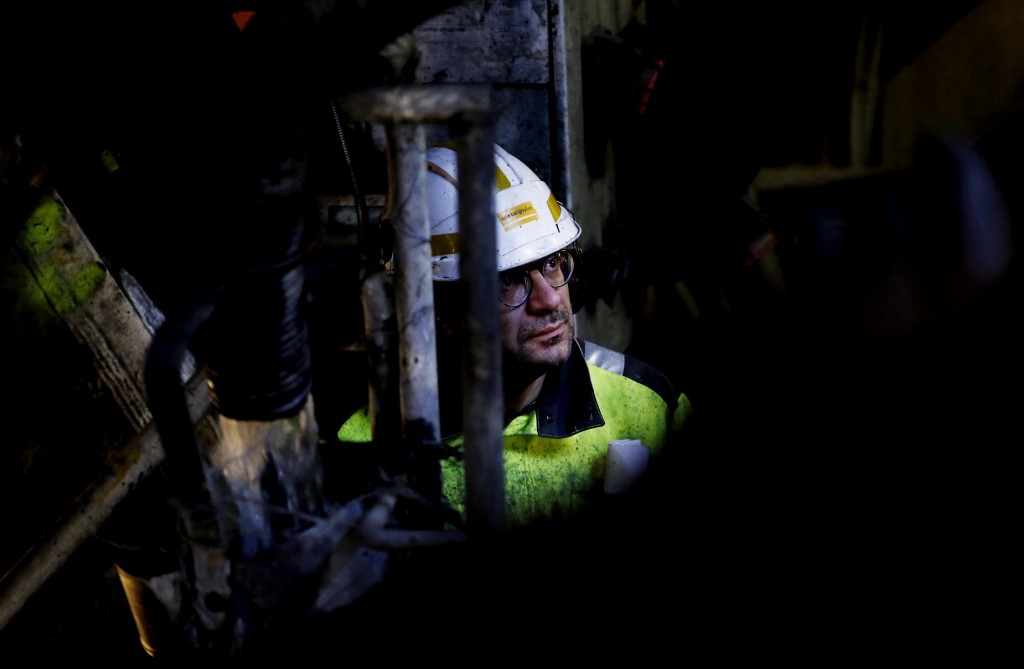 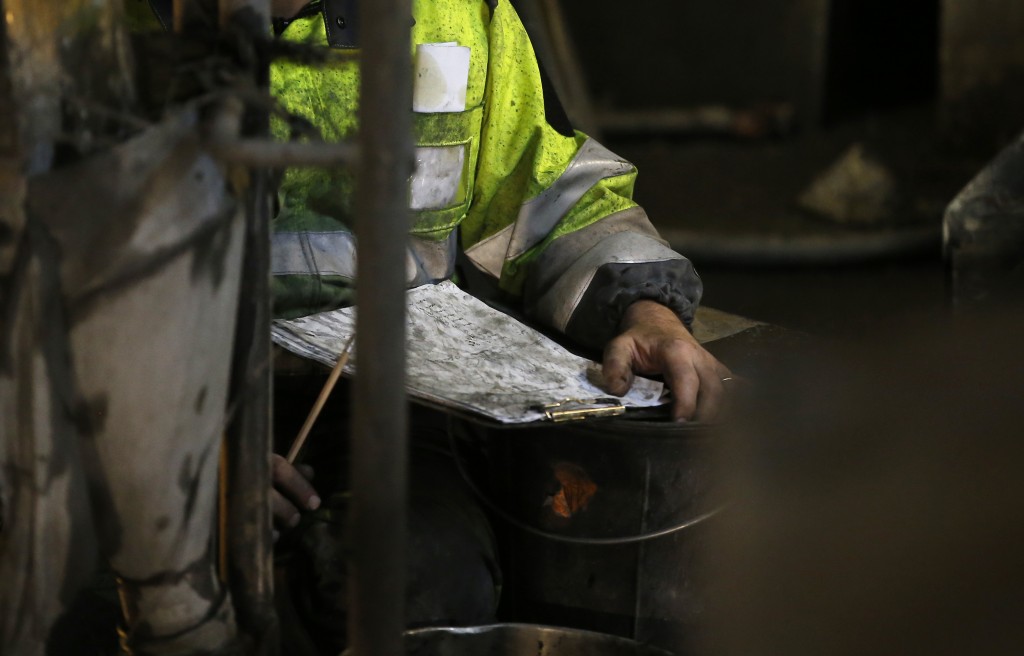 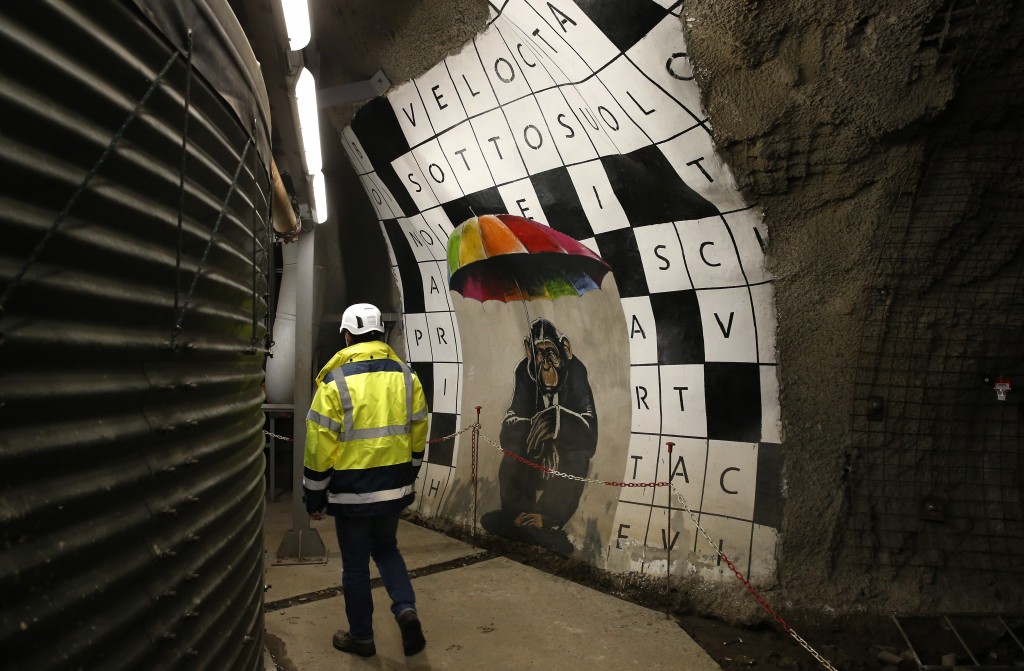 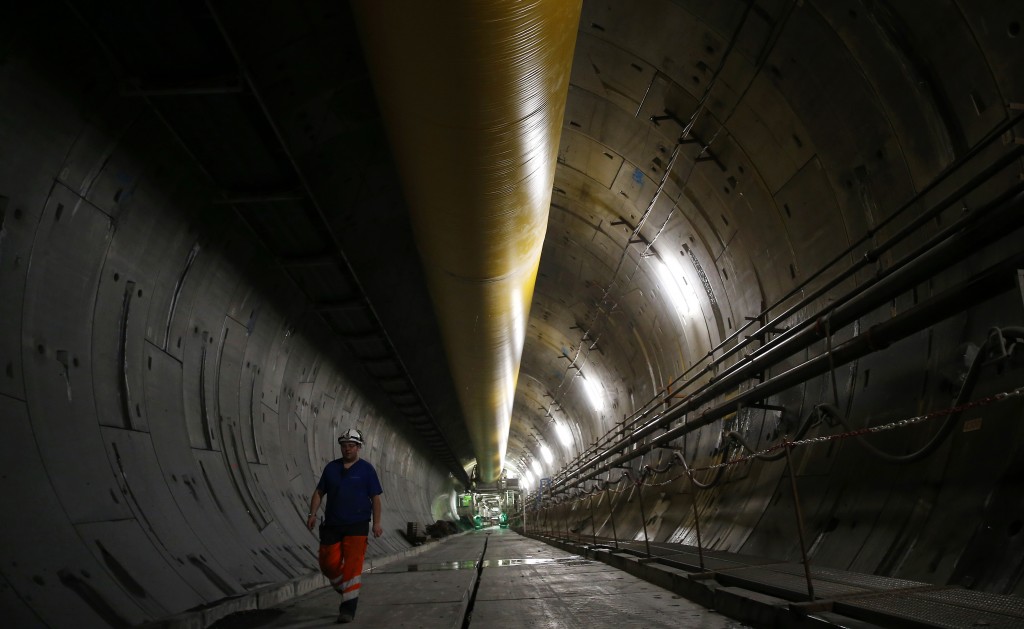 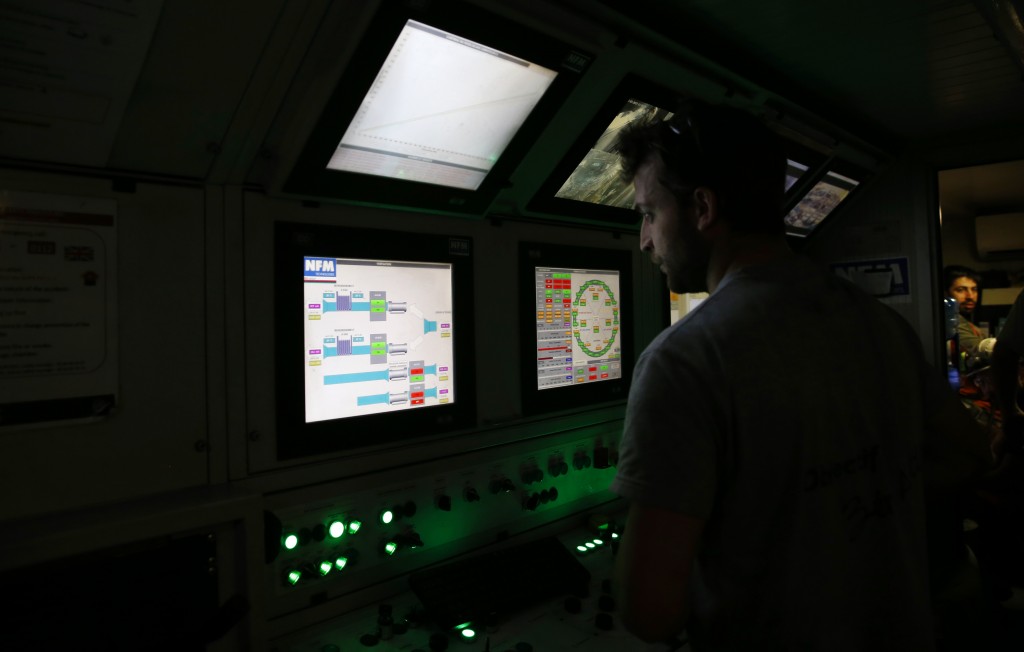 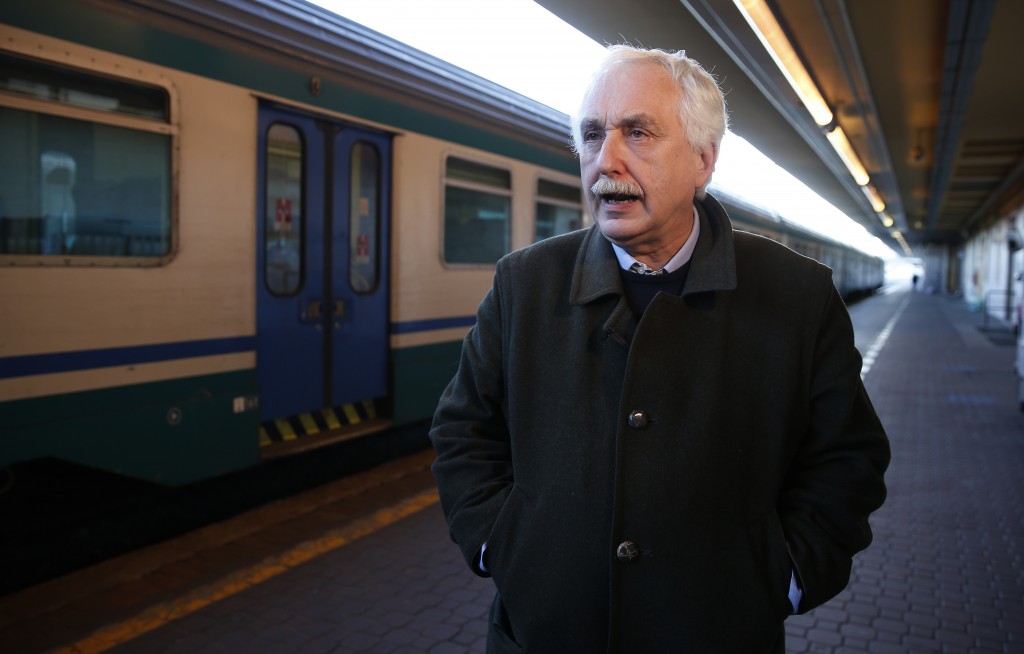 SAINT-MARTIN-LA-PORTE, France (AP) — A project to build a high-speed rail tunnel through the Alps, meant to speed up journeys between France and Italy, is moving extraordinarily slowly because of an internal quarrel in Italy's government.

On the French side, a 140-meter (460-foot) long rock-eating machine tunnels through the mountainside toward Italy at an average rate of nearly 20 meters (66 feet) a day. But on the Italian side, all is quiet: the construction site, long targeted by sabotaging protesters, is guarded by four law enforcement agencies, and work is limited to minimum maintenance.

The survival of Italy's increasingly shaky populist government could well depend on whether Italy restarts construction on the Turin-Lyon High Speed Train link, which it halted last summer. One party in the ruling government coalition is fiercely against the project, while the other is for it.

Italy's internal standoff — pitting the 5-Star Movement, which has taken a stand against big infrastructure, against the pro-business League party — means France could wind up with a dead-end tunnel. The uncertainties are also increasing tensions with the European Union, which is paying for 40 percent of the 8.6-billion-euro ($9.72 billion) project.

The 35.7-mile (57.5-kilometer) long Turin-Lyon High-Speed Train tunnel link, known in Italy as TAV, is a key part of an EU project linking southern Spain with eastern Europe. It's envisioned as one of six tunnels crossing the Alps, including the Gottard Tunnel in Switzerland, which opened in 2016, and the Brenner Tunnel between Italy and Austria, scheduled to open in the next decade.

The Turin-Lyon link replaces a tunnel built in 1871, which officials say is outdated in terms of technology and safety. High-speed trains must slow down to about 60 kph (37 mph) an hour — making the journey from Milan to Paris seven hours. With the TAV high-speed train tunnel, the journey will be cut down to 4 1/2 hours.

The Italian government's commissioner for the Turin-Lyon line said the arguments within the coalition over the tunnel have gotten "surreal."

"The 5-Star ministers have all refused to come see the construction site, simply so they can deny that it exists," said Paolo Foietta.

At the heart of the issue is that the 5-Star Movement's identity as a protest movement is tied to the No-TAV campaign, and the 5-Stars' credibility has been shaken by its approval for several other major infrastructure projects that it previously opposed.

The movement's founder, comic Beppe Grillo, joined the front line of the No-TAV protests back in 2010. And when the 5-Stars first won seats in Parliament in 2013, newly minted lawmakers made a pilgrimage to the Val di Susa, near the border with France, birthplace of the No-TAV movement.

"If they betray this battle, they betray themselves," said Mario Cavagna, a 73-year-old environmental engineer and activist. "We taught them something (about developing a movement.) We don't know yet if they learned well what we taught. ... We have a lot of hope but a healthy distrust."

The No-TAV movement, founded by activists now mostly in their 70s, can claim some victories for forcing considerable delays on the Italian side of the tunnels — where construction only started in 2013 compared to 2002 in France — as well as changes in the tunnel's opening. But they aren't counting on the 5-Star Movement to win the war for them.

"No government is our friend," Cavagna said.

The 5-Star Movement frequently asserts that the tunnels don't exist in Italy. On the French side, three access tunnels have been built plus 7 kilometers (over 4 miles) of main tunnel. On the Italian side, just one access tunnel 7 kilometers long has been completed, bringing the total length of tunnels completed so far at nearly 30 kilometers, or about 15 percent of the total, with the project slated for completion by 2030.

Italy risks losing 813 million euros ($917 million) in EU funding if it doesn't launch the next phase — 1.9 billion euros ($2.14 billion) worth of contracts — by the end of 2019, Foietta said. And both the EU and France could seek damages from Italy if the project is blocked entirely.

Foietta, whose five-year-term expires Friday, says he expects the office that plays an important liaison role to be left unoccupied, "another sign of the government's playing ostrich," he said.

European Commissioner Violetta Bulc says the TAV is an important project not only for Italy and France, but for Europe as a whole.

An EU official said that the project needs clarity by early summer, as money would have to be reallocated if the TAV does not move forward.

The 5-Stars insist the costs of the project outweigh the benefits — though its analysis released this week has been criticized for methodology, for example counting such figures as lost taxes on gas for road trips substituted by the rail, and for over-estimating technological advancements in cars and trucks.

The analysis was greeted coldly in France, where the transport minister says Paris remains in favor of the project.

Officially, the European Union has no Plan B. But if the Turin-Lyon line is not built, a possible alternative would be a link running along the German-Swiss border, cutting off Italy and its exporters, Foietta said.

"Above all, Italy will be penalized," Foietta said. "This project is tied to a revolution that is coming in the transport system," which foresees moving commercial traffic to the rail roads, reducing highway traffic and carbon emissions, as well as transport costs.

League leader Matteo Salvini, who is also Italy's interior minister, relies on the support of northern Italian entrepreneurs, who want the TAV. His support for the project puts him at odds with his 5-Star allies, as tensions ramp up head of the European Parliament election in May, when both parties will be jockeying to realign the power balance within the coalition.

"The only thing not imaginable is that the work of these workers for these 7 kilometers of tunnel is in vain, and if Italians' money is spent to go deep down inside, only to turn back," Salvini said during a recent visit to the tunnel construction site.