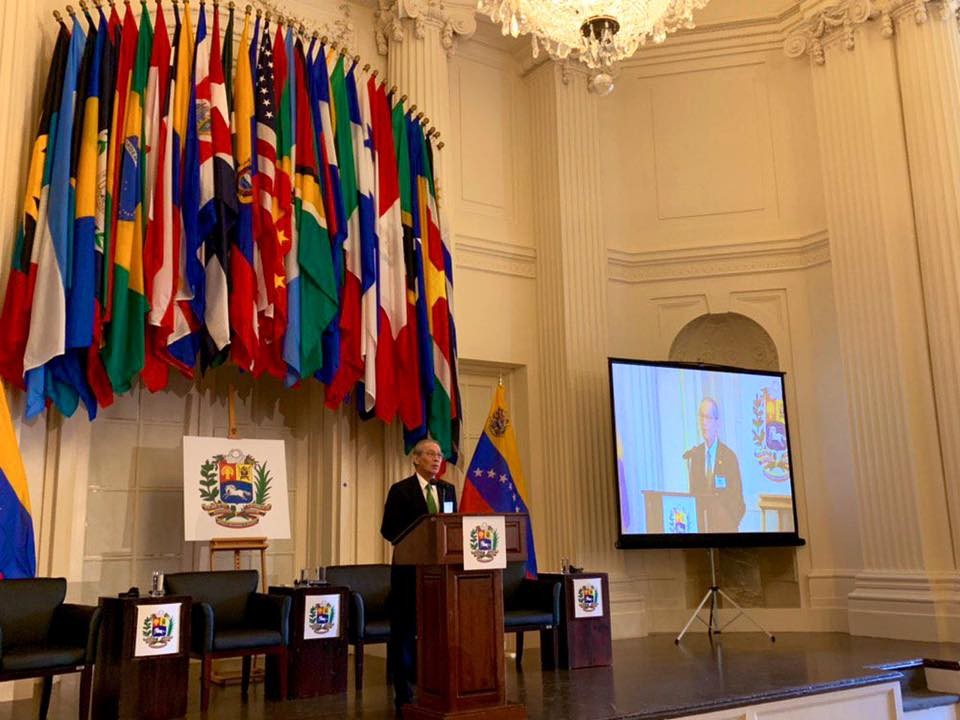 TAIPEI (Taiwan News) — Taiwan’s envoy to the United States Stanley Kao (高碩泰) said the Taiwan government will provide humanitarian assistance worth US$500,000 to Venezuela during an international conference held in Washington Thursday.

The Taiwan government will join forces with the international community and provide humanitarian assistance totaling US$500,000 to the Latin American nation, announced Kao at the Global Conference on the Humanitarian Crisis in Venezuela, according to the Taipei Economic and Cultural Representative Office (TECRO).

The oil country is facing severe economic, political, and societal problems due to the sharp shrinkage of global oil prices and a series of failed economic policies introduced by incumbent Venezuela President Nicolás Maduro over the past few years.

Millions of citizens have fled to neighboring countries from Venezuela, which is suffering hyperinflation at the moment. The International Monetary Fund (IMF) predicted last year that the country’s inflation rate would reach 10 million percent in 2019.

The conference, taking place at the headquarters of the Organization of American States in Washington, was organized by Juan Guaidó, who declared himself the interim Venezuelan president on Jan. 23. The opposition leader was seeking emergency humanitarian aid for his country from more than 60 governments, non-government and financial organizations that attended the conference, reports said.

As a responsible member of the international community, the Taiwan government is willing to offer necessary humanitarian assistance to Venezuela to help the South American nation solve the crisis and its people regain a free and normal life, said the Ministry of Foreign Affairs (MOFA) via a statement on Friday.