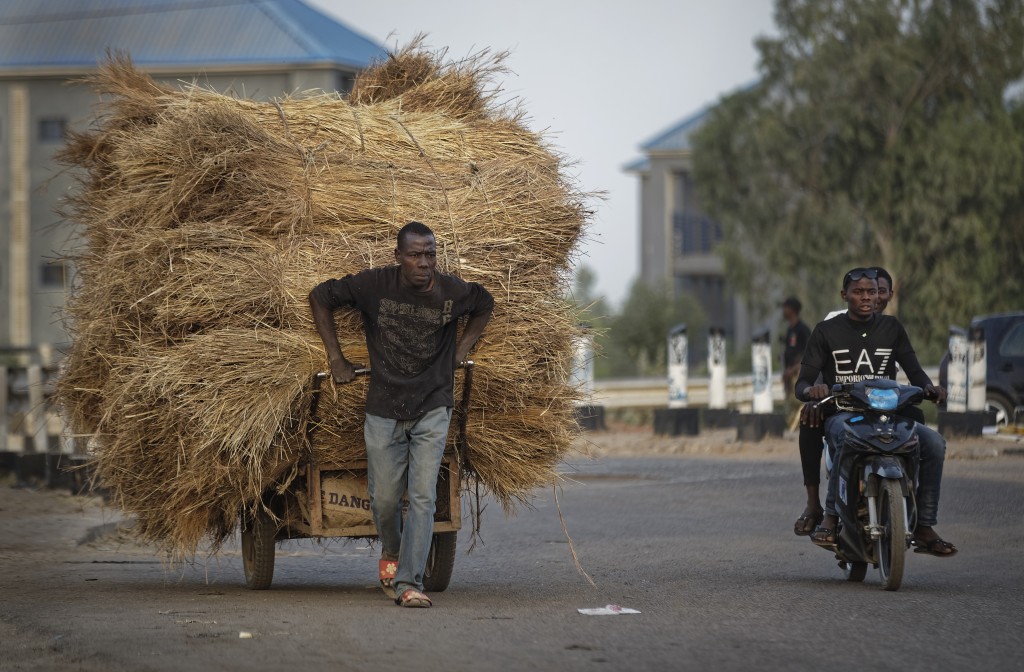 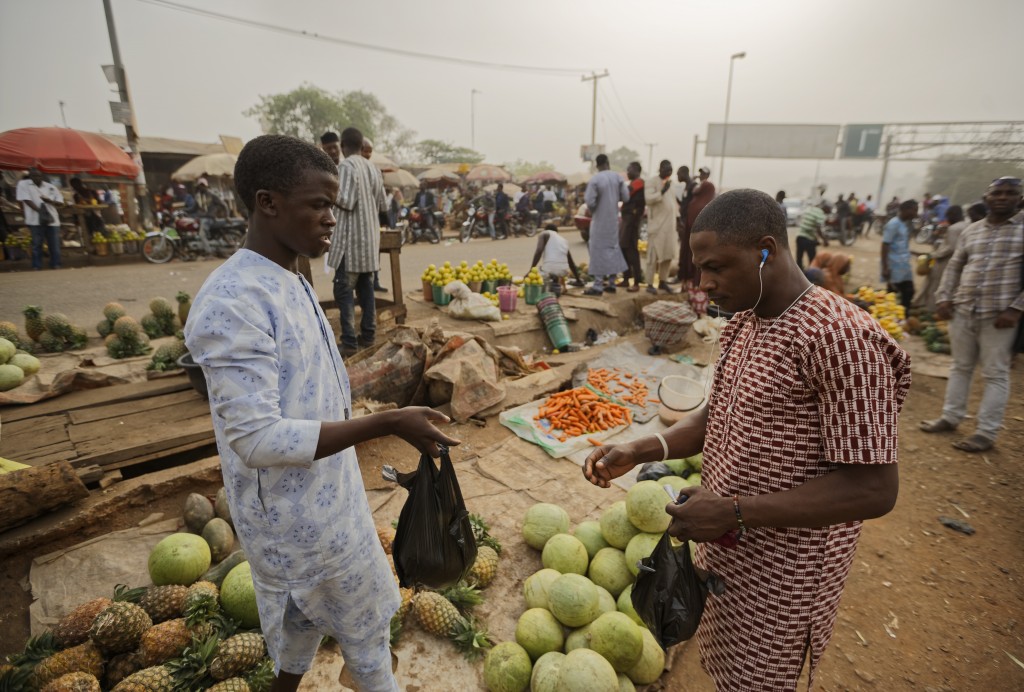 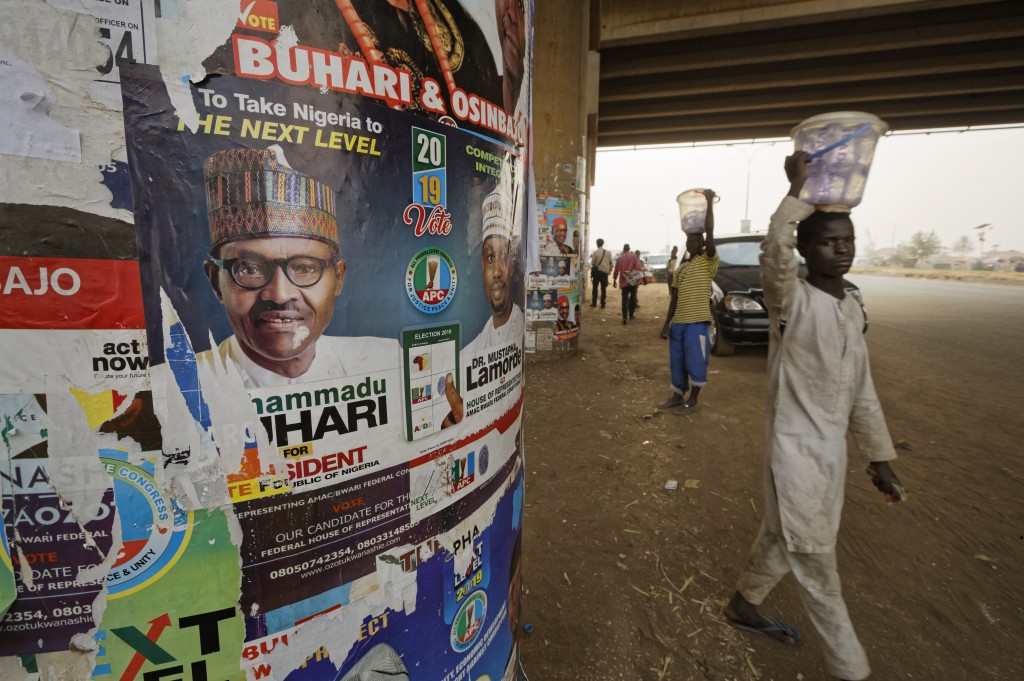 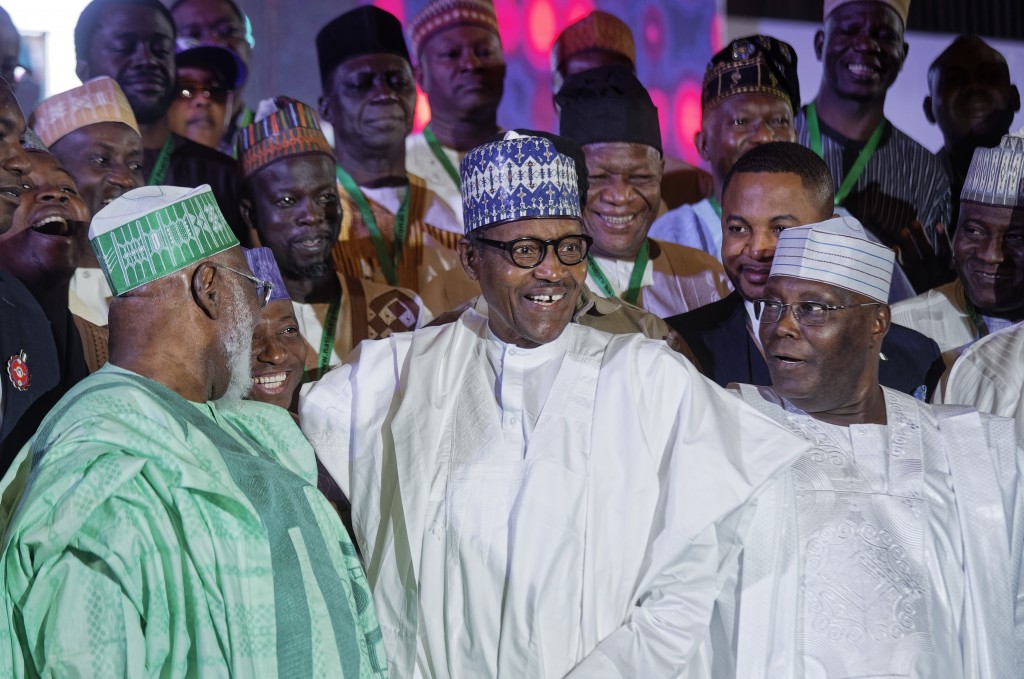 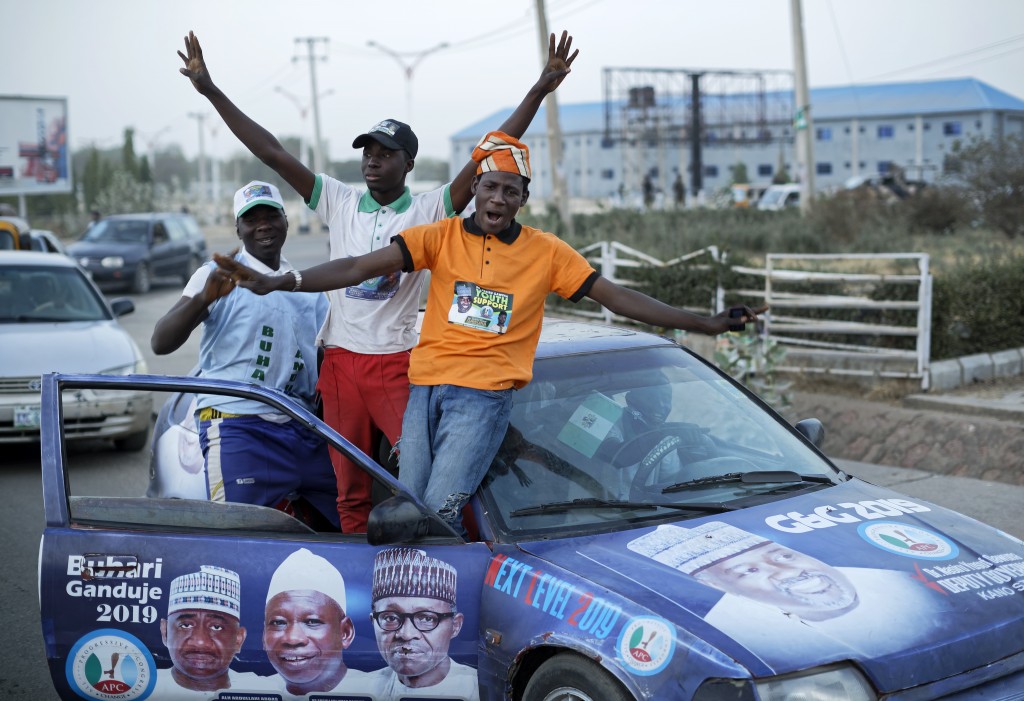 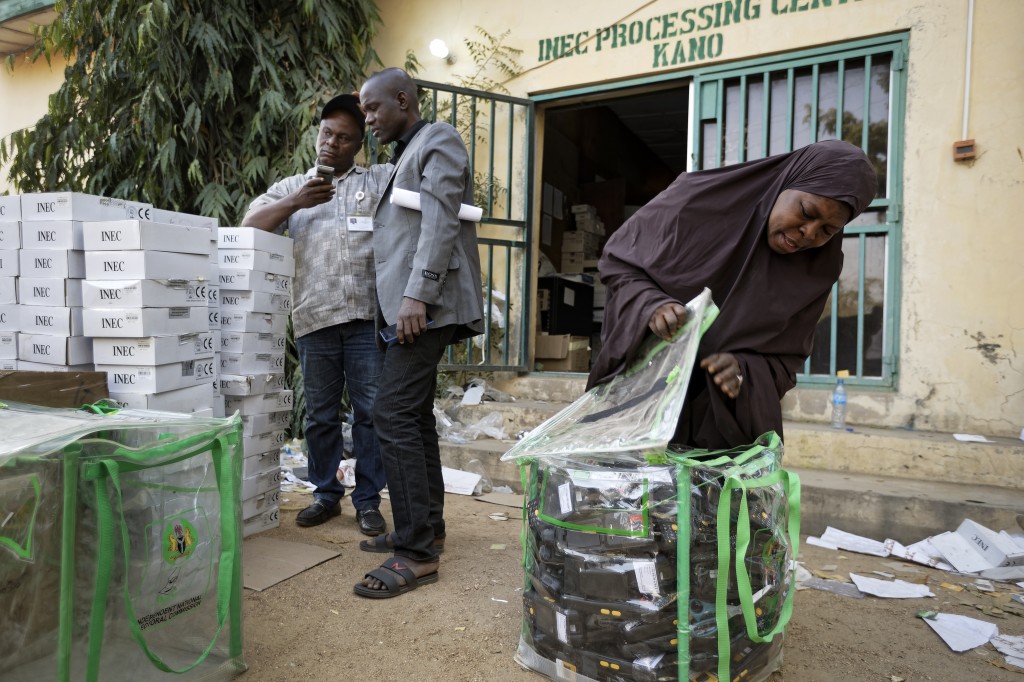 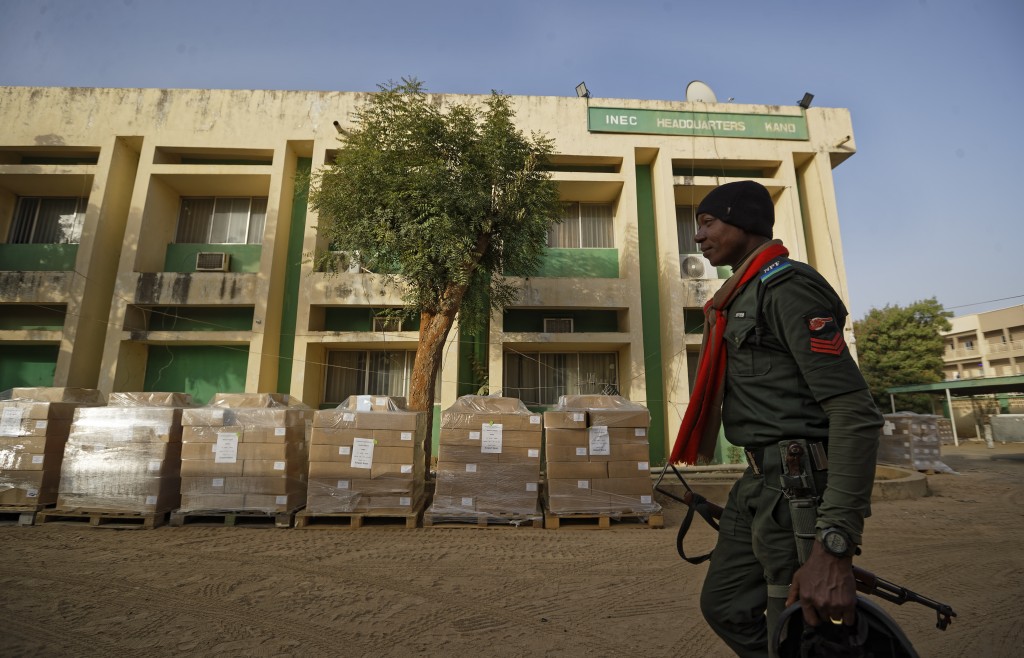 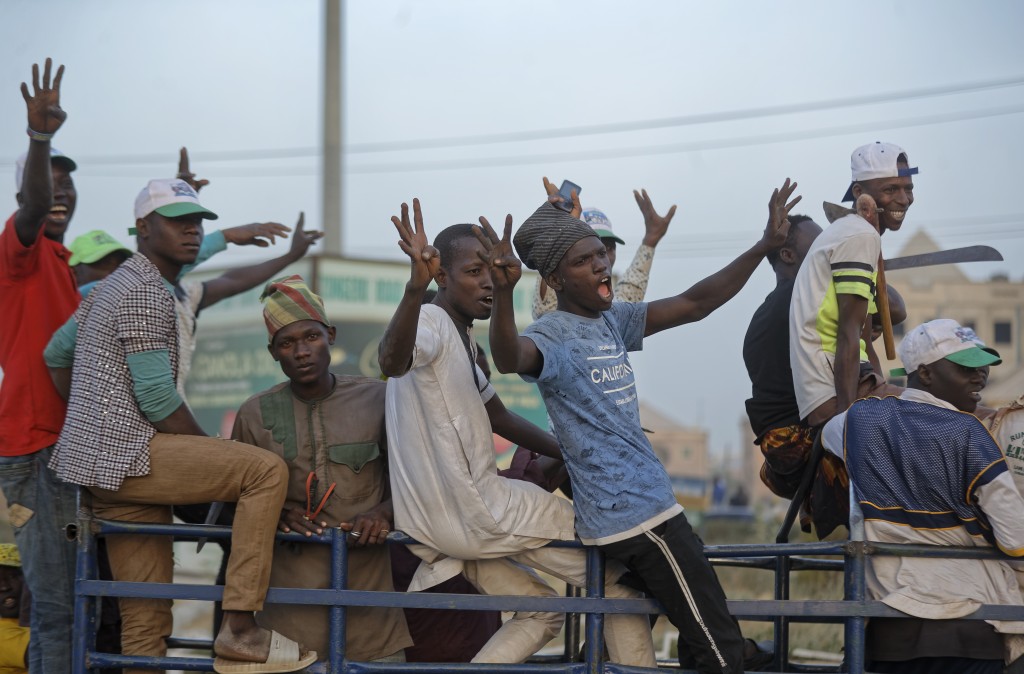 RUGA SETTLEMENT, Nigeria (AP) — It's hard to find a campaign poster in this threadbare settlement on the outskirts of the Nigerian capital, where thousands live in makeshift structures of tarpaulin and sticks of timber.

From his little grocery shop, 65-year-old Jafar Ali awaits the moment a presidential contender will visit Ruga. He isn't hopeful.

"Of all the funds that have been spent, not even one naira has come into my hands," Ali said, referring to the Nigerian currency that is equal to about a quarter of one U.S. cent.

"We have been hearing that a lot of money is being shared," he added, referring to the cash the top candidates hand out to draw crowds to their rallies and the no-interest loans the government has been distributing before the vote.

"All we ask God is to give us a leader who will remember us one day and come here," Ali said.

On the eve of Nigeria's election on Saturday, the spectacle of campaign expenditure is at odds with the rampant poverty afflicting many. The lack of campaigning in this impoverished area contrasts with the election-time bustle of downtown Abuja, where the capital's tree-lined streets are adorned with colorful posters of presidential candidates and where their followers are ferried in buses to boisterous events.

It also highlights the frustration many of Nigeria's poor feel amid an election campaign said to be one of the country's most expensive ever as incumbent President Muhammadu Buhari tries to shake off the challenge of his billionaire rival, Atiku Abubakar.

Although there are legal limits to how much a presidential candidate can spend — one billion naira, or about $2.7 million — the campaigns of Buhari and Abubakar are widely believed to have spent far in excess of that, often with the support of groups that donate huge amounts of cash as well as gifts.

In one notable case, a group in northeastern Adamawa state that's loyal to Nuhu Ribadu, once revered as an anti-corruption activist until he threw his support behind the ruling party, donated 40 vehicles to the campaign to re-elect Buhari last month. That donation raised eyebrows because it is well over the donation limit of 1 million naira.

Buhari, who ruled briefly as a military dictator in the 1980s, was voted into power in 2015 with promises to fight corruption, boost the economy and end the deadly insurgency of the Islamic extremist group Boko Haram.

Many Nigerians say he has failed on all three counts, citing an ineffective war on graft that appears to target opponents, persistent insecurity in the northern part of the country, and an anemic economy that is struggling to attract foreign investment.

In addition to his lackluster performance, the 76-year-old Buhari has spent months out of the country for medical treatment for an undisclosed ailment.

Unemployment in Africa's most populous nation of 190 million was over 23 percent in the third quarter of 2018, up from 8.2 percent when Buhari took office, official figures show. Nigeria was in a recession for five months until early 2017, according to the International Monetary Fund, after the price of crude oil plunged to less than $30 a barrel in 2016.

Although Nigeria remains Africa's top oil producer, more than half of the country's total revenue goes toward servicing the public debt, according to the Brookings Institution, which reported last year that Nigeria had overtaken India as the country with the highest number of people living in extreme poverty.

Whoever wins Saturday's election will have to contend with a plethora of economic challenges that have left many Nigerians despairing, and often angry, with the government in Abuja. Despite its oil wealth, Nigeria's per capita income was $1,968 in 2017, according to the World Bank. There is an unresolved labor dispute over the minimum wage, which currently stands at 18,000 naira (about $50) per month.

Abubakar, a successful businessman and former vice president who is contesting the presidency for the fourth time, has seized on the wave of popular discontent with a vow to "get Nigeria working again."

For some Nigerians, the idea of their country as weak and uncertain is annoying.

"We the masses are suffering in this country. What we are seeing is negative change," said Emmanuel Chimezie, 29, who said he hasn't found a job since graduating from college in 2015.

"Nigeria has a lot of potential, but how to harness it is a big problem in this country. We need a good leader who can diversify the economy, not depending on oil, oil, oil."

Inflation rates pushing up the prices of food staples such as rice should convince the government to invest heavily in agriculture, he added.

"Buhari has to go," said Eze Onyekpere, who runs the Abuja-based Center for Social Justice. "If the masses don't sack him, then they should stop complaining."

Campaign rallies, he added, have become "places for vulgar abuse" and rarely focus on bread-and-butter issues, mirroring how the candidates would govern.

Critics point out that the high cost of running campaigns fuels official corruption as elected officials bid to recover their costs once in office.

"None of their manifestos speak directly to the needs of people," said Idayat Hassan, director of the Abuja-based civic group Center for Democracy and Development. "Politics is not the same as service to the people. If it were service to the people, they would not invest so much. It would not look like a do-or-die thing."

Similar concerns were raised last year in a report by the Chatham House think tank, which noted that Nigeria's two main parties are indistinguishable and both "function as patronage-fueled coalitions of fractious elite networks" whose goal is to get power and the associated financial rewards.

"In Nigeria, politics has become an investment," said Wole Adeoye, an unemployed college graduate in the commercial capital, Lagos. "The losers lose all their money and the winners become rich overnight."