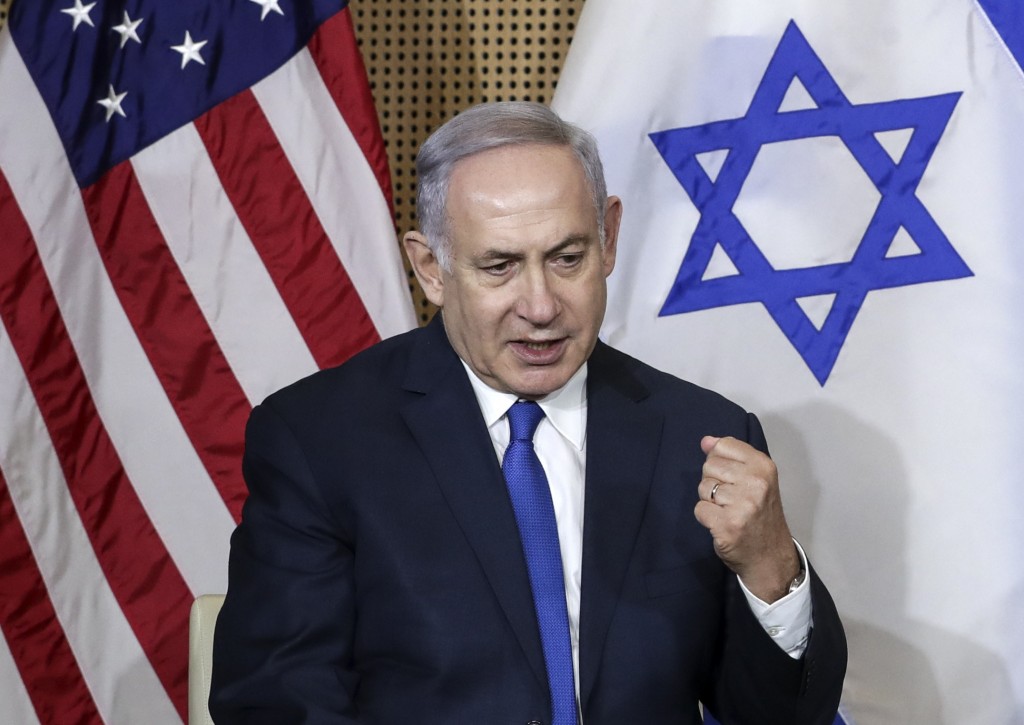 WARSAW, Poland (AP) — Israeli Prime Minister Benjamin Netanyahu was forced to spend the night in Warsaw after his plane was damaged shortly before takeoff.

The prime minister and his entire entourage were on-board a chartered El Al plane early on Friday after a two-day visit to a high-profile security conference initiated by the U.S., when a tractor pulling it out on the runway apparently tugged it too strongly.

Netanyahu and his wife were taken off the plane and ushered back to their hotel.

A replacement plane was dispatched from Israel to urgently return the prime minster before the beginning of the Jewish Sabbath.

The mishap happened as Netanyahu's government is trying to purchase an official plane for the prime minister to use. Several members of the delegation stayed the night on the plane.