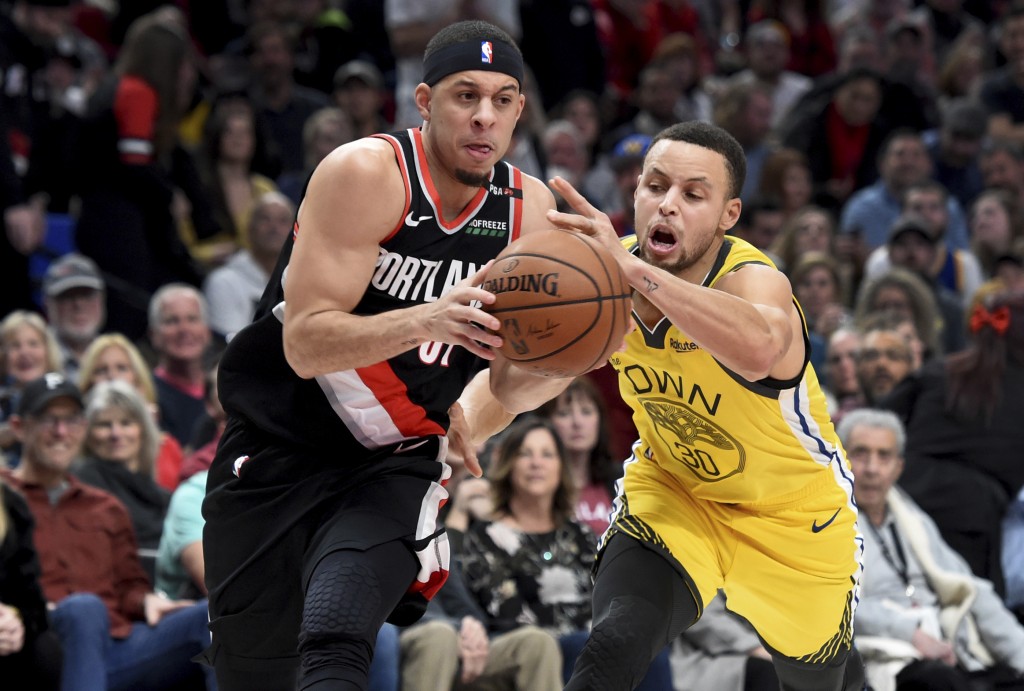 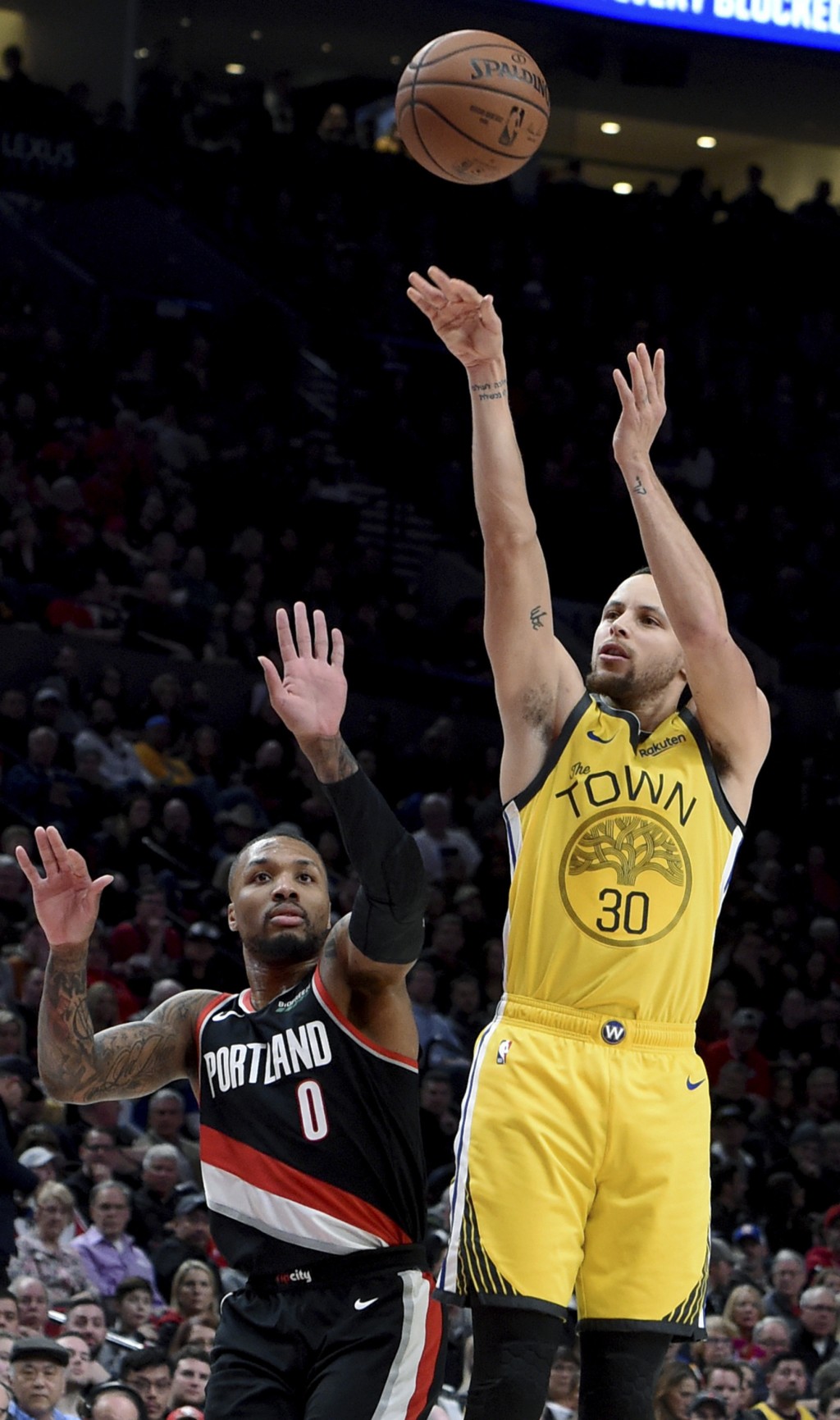 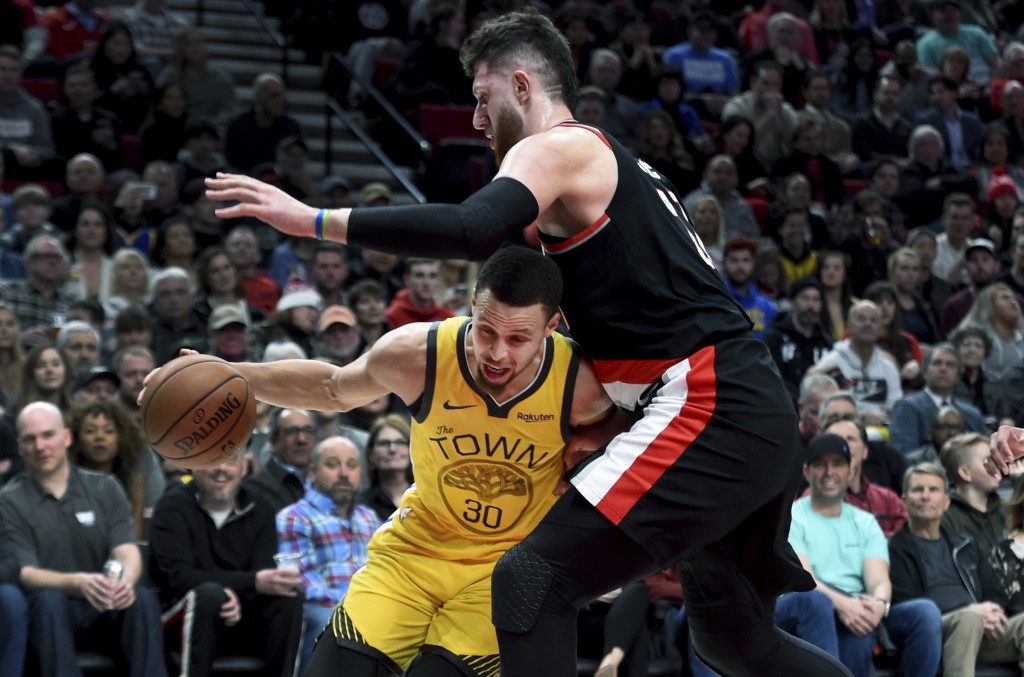 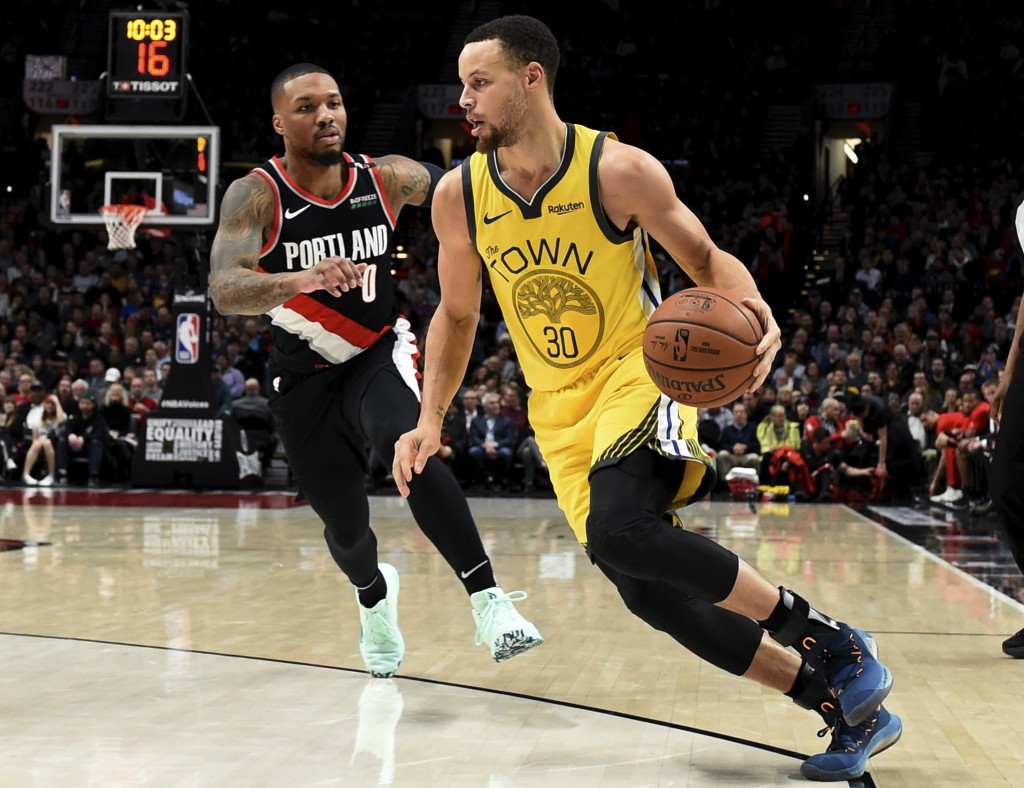 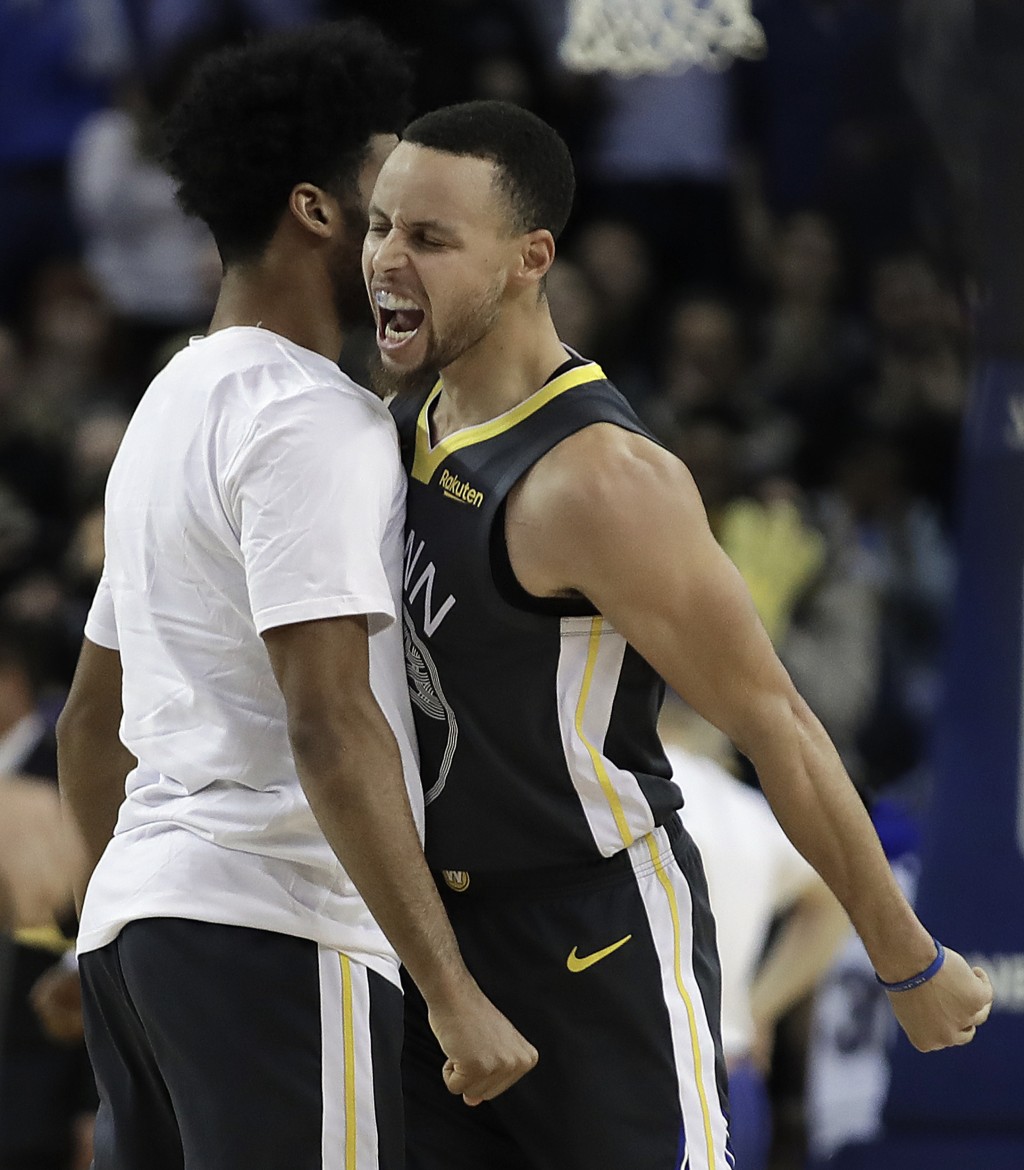 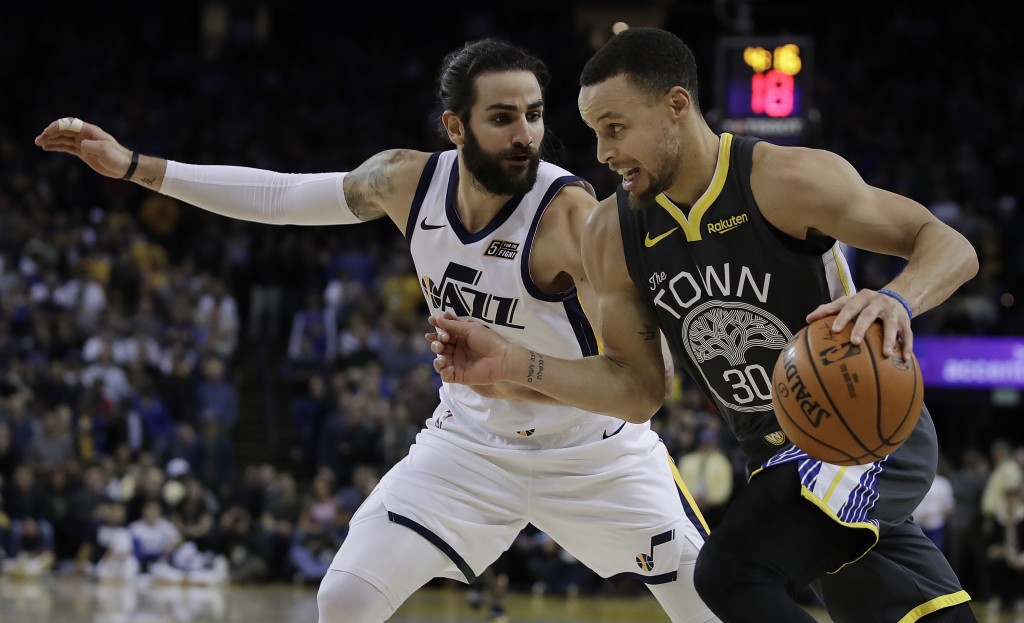 CHARLOTTE, N.C. (AP) — Dell Curry looks forward to those nights when he can open a bottle of wine, take a seat on his recliner in front of the fireplace alongside wife Sonya and watch their NBA sons play basketball simultaneously on two large-screen television sets in his living room.

Those are the nights he has to pinch himself realizing how blessed his family is.

Everyone in the Curry clan has been pinching themselves lately; the family has been downright giddy about NBA All-Star Weekend.

There will be plenty of fellowshipping in Charlotte, including family dinners and group outings. Of course there also will be a little basketball. Stephen and Seth Curry will be returning to their hometown for the festivities. Stephen, a two-time league MVP, will join younger brother Seth in the 3-point shootout Saturday night at the Spectrum Center and then play in his sixth straight All-Star game Sunday.

"This just has the feel of the Curry family All-Star weekend," Warriors coach Steve Kerr said.

The fact that Seth is involved makes it extra special. Stephen said that the family group text was "buzzing" when everyone learned Seth was invited to compete in the 3-point contest.

The Currys have been prepping for this weekend for months.

Sonya is taking care of the family's logistics, including tickets, travel plans and hotel reservations. On top of the invite list are the boys' grandmothers, who haven't been to an All-Star weekend since Dell competed in the 3-point shootout in Orlando in 1992.

"It was very important to us that they were here to see this," Dell said.

Former coaches including Davidson's Bob McKillop and other family friends will be there, too.

The NBA is accommodating the Currys with extra tickets, knowing how big of a weekend it is for the family. Stephen has his own guest list — separate from the rest of the family — and hopes to limit it to 30 people.

"I want you to write that loud and clear so you can help me keep the list small," Stephen said with a laugh.

Most of the out-of-towners will be staying in a downtown Charlotte hotel, and Dell and Sonya are considering bunking there, too, so they can be close to everyone and not miss a minute.

"I want to see my grandchildren as much as possible," Dell said.

Their families came here, too.

Stephen is married to Ayesha and the couple has three children. Seth has a child with Callie Rivers, the daughter of NBA coach Doc Rivers. And the players' sister, Sydell, who recently married Stephen's Warriors' teammate Damion Lee, a two-way player with Golden State, will be in town, too.

The Curry family has a community event planned in Charlotte in association with Stephen's partnership with Under Armour.

"We want to give back and remind people, hey, this is where they were raised," Dell said. "We want to make this a special weekend."

One of the highlights of the Curry family reunion weekend might be the 3-point shootout where the highly competitive brothers will square off against each other on a national stage.

Trash talking is almost sure to be part of the event.

Dell doesn't know what to expect once his sons take the floor. He said both are equally competitive, whether it's on the golf course or at family get-togethers.

"At my daughter's wedding we played Liar's Dice for about two hours and that was the most competitive thing I have seen in a long time," Dell said with a laugh. "Anytime there is a game that somebody has to win or lose, you can't give anyone the edge as to who is more competitive. We all are competitive."

Added Seth: "I'm trying to win it, so I'm going to target everybody. It should be very entertaining to watch us both shoot out there. But I gotta beat everybody, not just him, to win it."

Warriors All-Star guard Klay Thompson said he decided not to participate in the 3-point shootout this year simply so he could just sit back and "be a fan" and watch the Currys go at it.

For Stephen, the whole idea of the amped-up circus-like atmosphere that is looming has him excited about the weekend.

"It will be a packed house with our family supporting us for sure," Stephen said.

"It's rare when we are all together during basketball season," Seth said. "So to have everyone there, it's always fun. It'll be a good weekend."