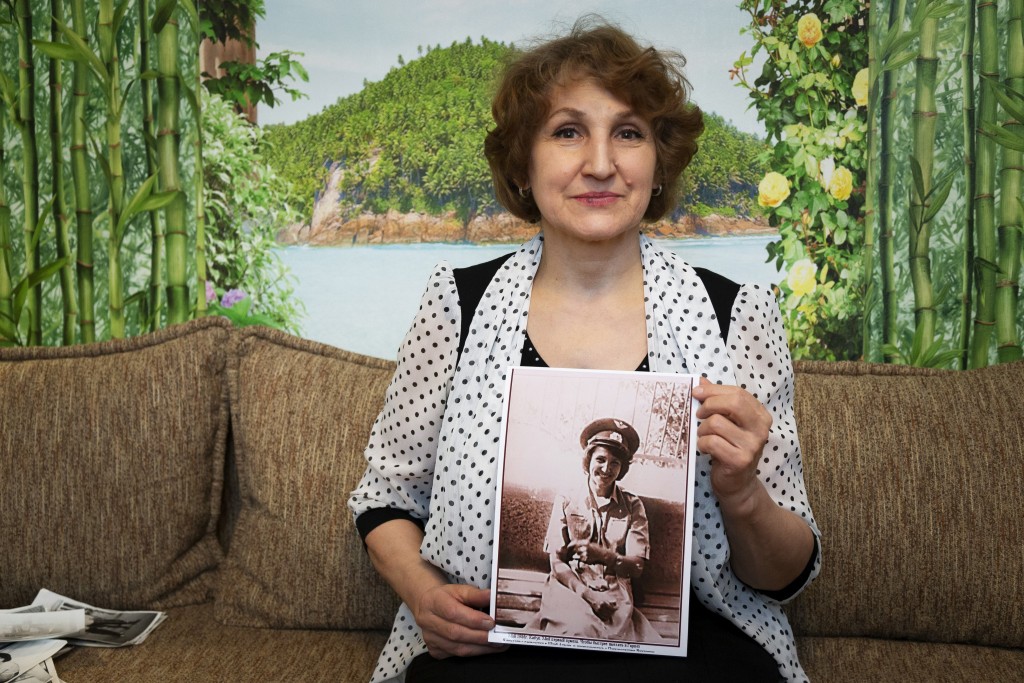 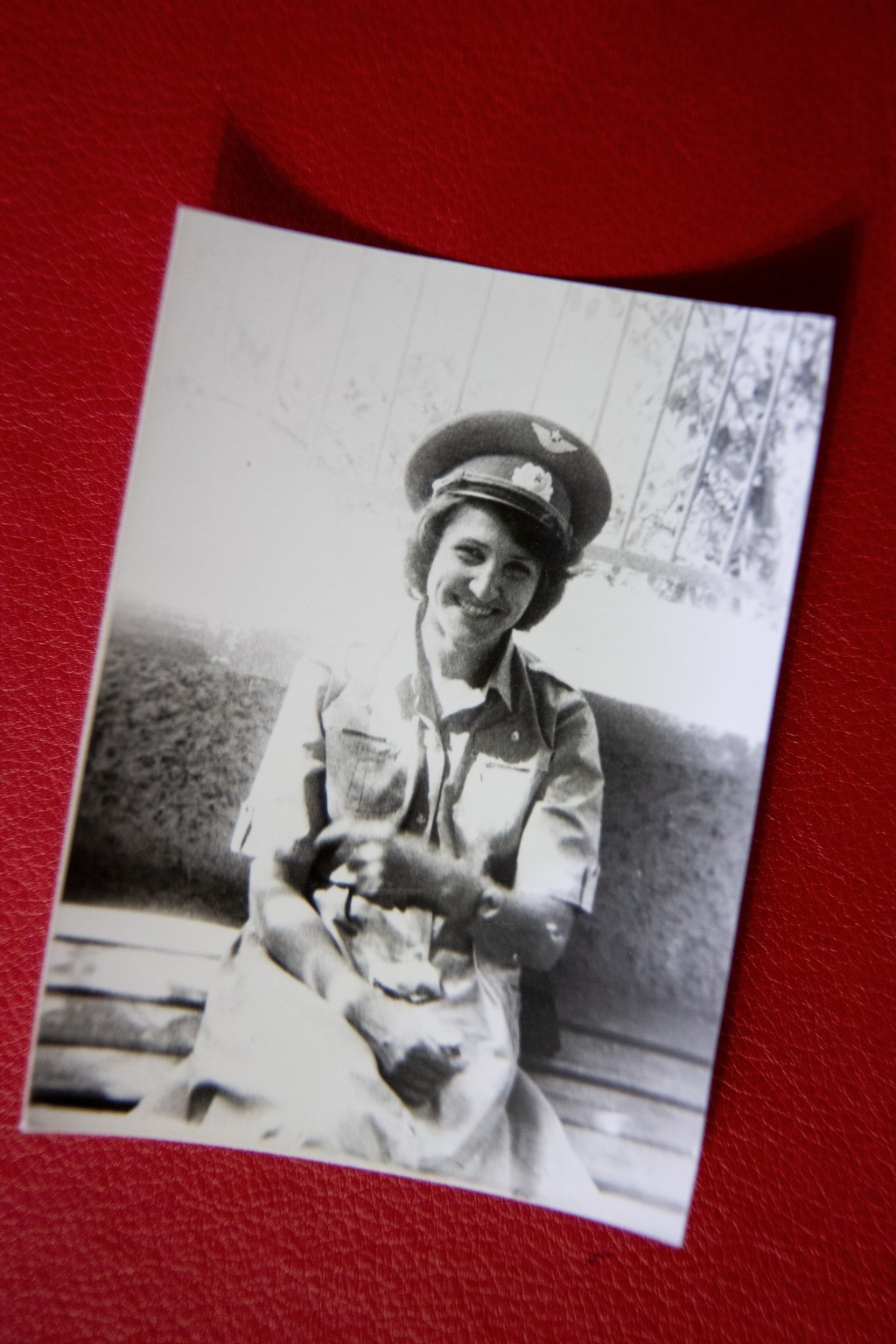 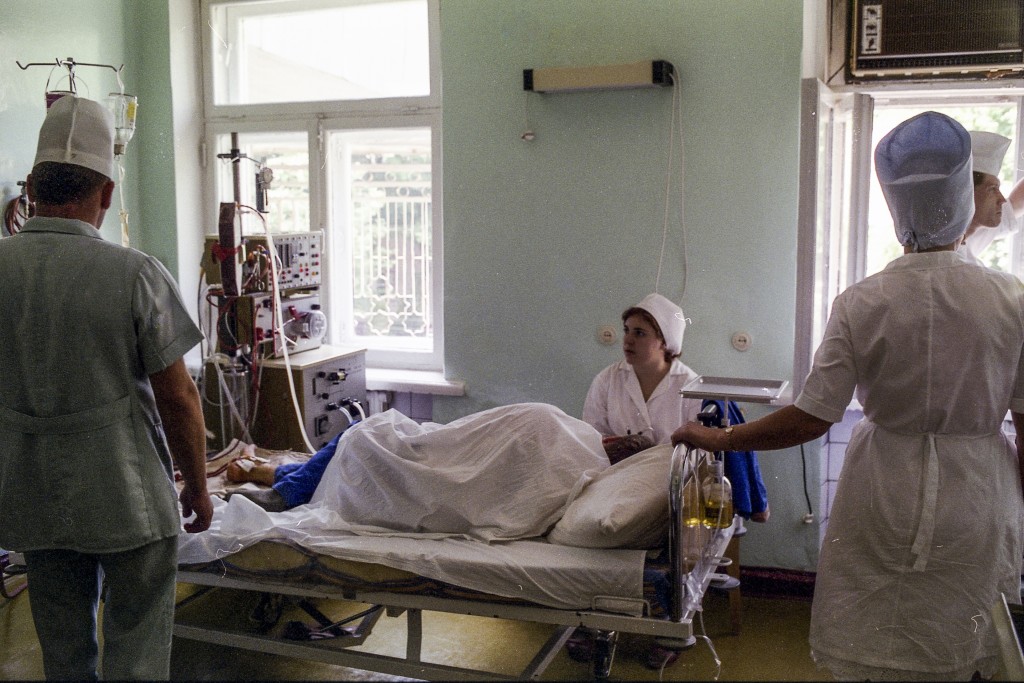 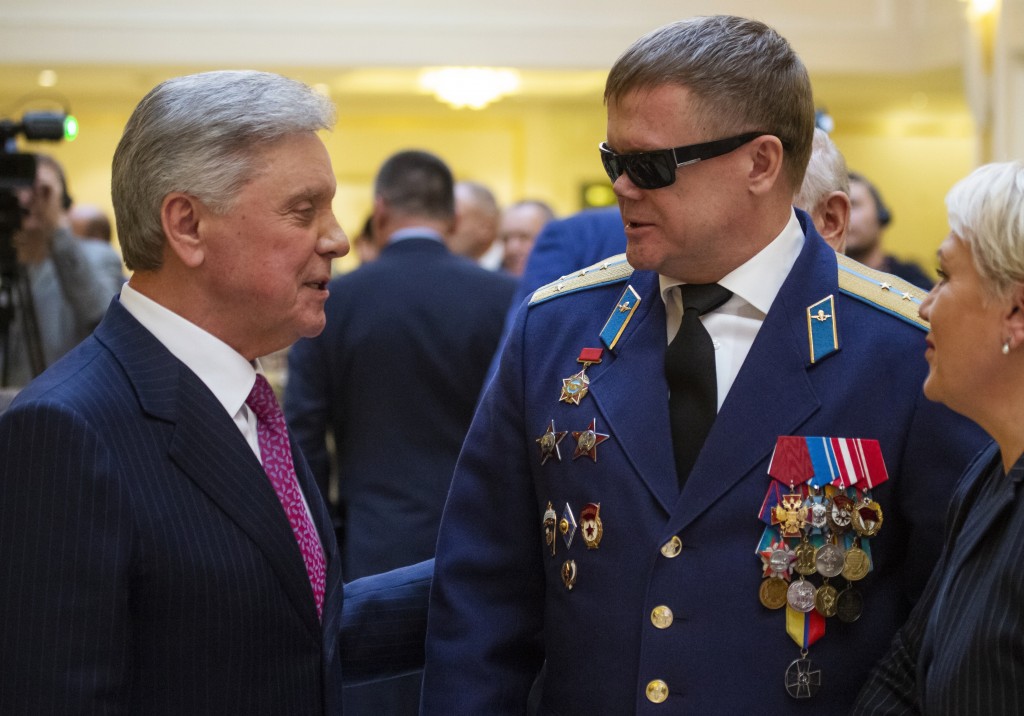 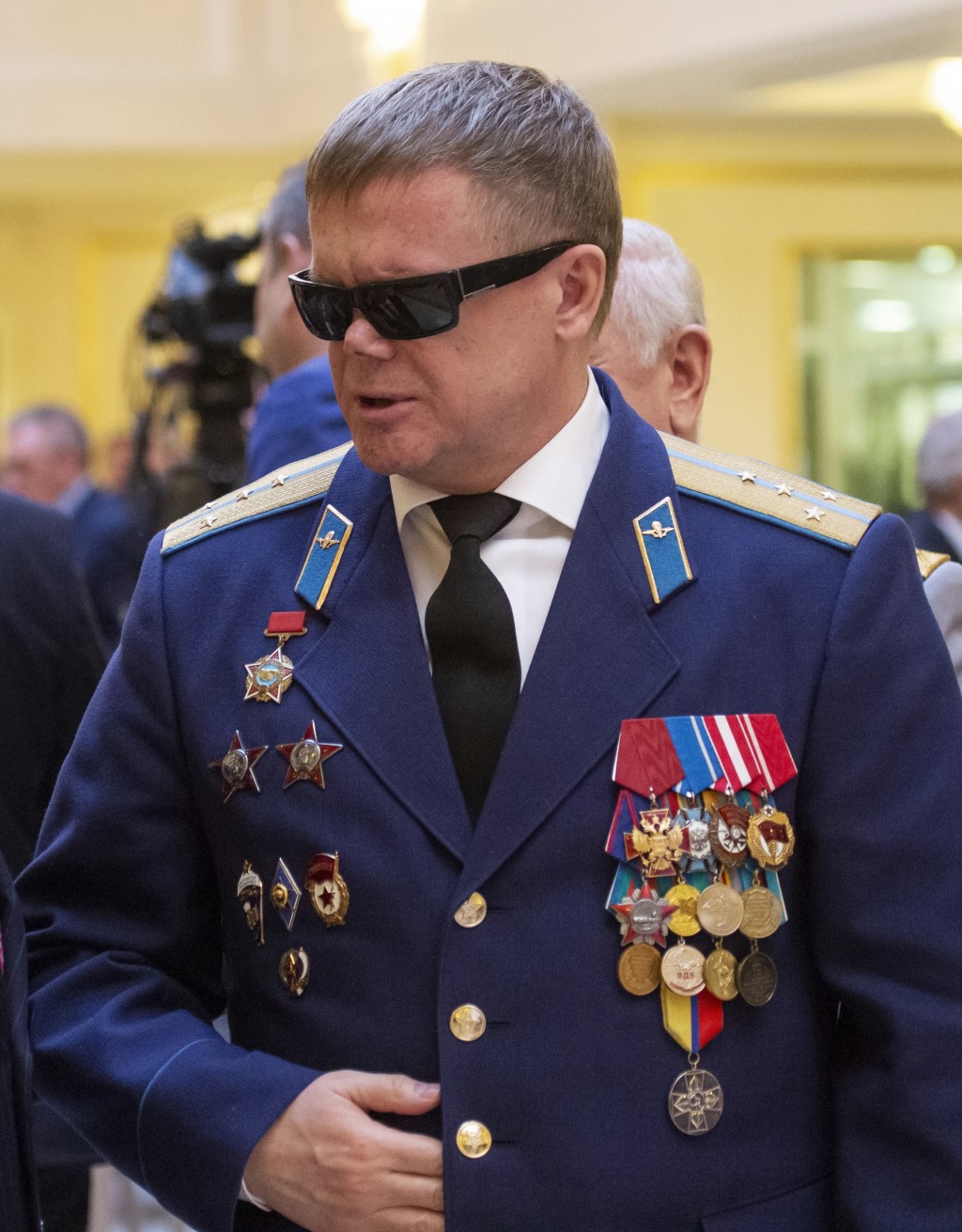 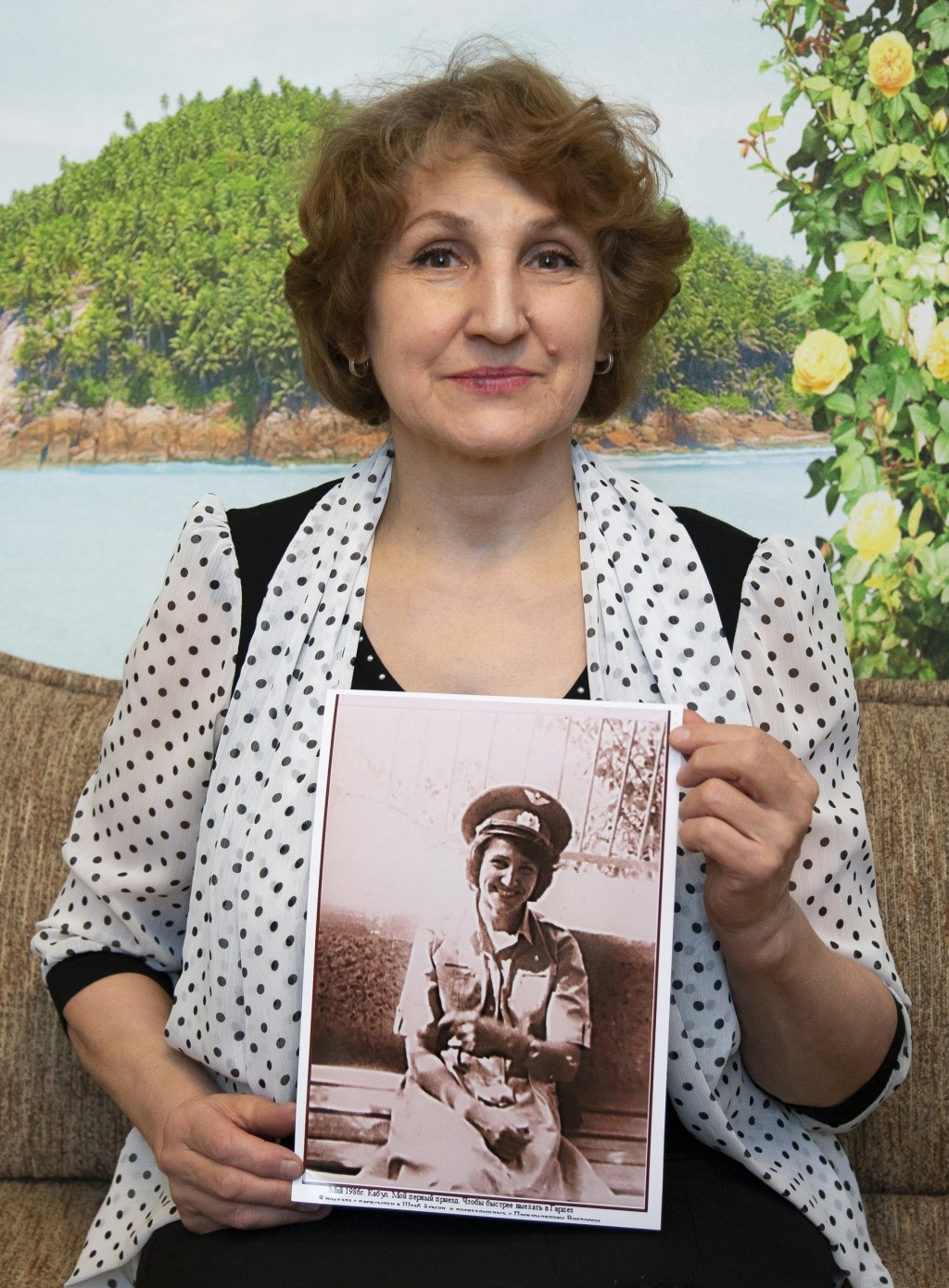 MOSCOW (AP) — Sitting in her living room, 65-year-old Tatyana Rybalchenko goes through a stack of black-and-white photos from more than 30 years ago. In one of them, she is dressed in a nurse's coat and smiles sheepishly at the camera; in another, she shares a laugh with soldiers on a road with a mountain ridge behind them.

The pictures don't show the hardships that Rybalchenko and 20,000 Soviet women like her went through after they enlisted as civilian support staff during the Soviet Union's 1979-1989 invasion of Afghanistan. Although they did not serve in combat roles, they still experienced the horrors of war.

As Russia on Friday marked the 30th anniversary of the withdrawal of Soviet troops from Afghanistan, the memories are still fresh for the nurses, clerks and shopkeepers, predominantly young and single women who were thrust into the bloody conflict.

Rybalchenko enlisted on a whim. In 1986, she was 33, working in a dead-end nursing job in Kiev, the capital of Soviet Ukraine, and was going through a breakup. One day, she joined a colleague who went to a military recruitment office. The recruiter turned to Rybalchenko and asked if she would like to work abroad — in Afghanistan.

She recalls that she was fed up with her life in Kiev, "so I told him: 'I'd go anywhere, even to hell!' And this is where he sent me."

Family and friends tried to talk her out of it, telling her that Afghanistan is where "the bodies are coming from." But it was too late: She had signed the contract.

At least 15,000 Soviet troops were killed in the fighting that began as an effort to prop up a communist ally and soon became a grinding campaign against a U.S.-backed insurgency. Moscow sent more than 600,000 to a war that traumatized many young men and women and fed a popular discontent that became one factor leading to the unraveling of the Soviet Union.

Rybalchenko, who worked as a nurse at a military hospital in Gardez, was stunned by the many casualties — men missing limbs or riddled with shrapnel. But there was so much work that she found herself shutting off her emotions.

"At the end, I did not feel anything anymore. I was like a stone," Rybalchenko said, shedding her normally perky persona.

He once confided to her that he was not afraid of losing a limb, but he would not be able to live with an injury to his eyes. She recalled that he said, "If I lose eyesight, I'll do everything to put an end to it."

In November 1987, the hospital was inundated with casualties from a Soviet offensive to open the road between Gardez and the stronghold of Khost, near the Pakistani border.

One of the wounded was Vshivtsev, and Rybalchenko saw him being wheeled into the ward with bandages wrapped around his head. She unwrapped the dressing and gasped when she saw the gaping wound on his face: "The eyes were not there."

She convinced her superior to let her accompany him to a bigger hospital in Kabul, as part of a suicide watch. She stayed friends with Vshivtsev, and he later became a leading activist in the Russian Society for the Blind. Decades later, he briefly served a stint in the Russian parliament.

Alla Smolina was 30 when she joined the Soviet military prosecutor's office in Jalalabad near the Pakistani border in 1985. It wasn't until 20 years later that Smolina started having nightmares about the war.

"The shelling, running away from bullets and mines whizzing above me — I was literally scared of my own pillow," she said.

She put her memories on paper and contacted other women who were there, telling the stories of those who endured the hardships of war but who are largely absent from the male-dominated narratives.

She is trying to raise awareness of the role the women played in Afghanistan, believing they have been unfairly portrayed in fiction and nonfiction written mostly by men, "where the female personnel were mentioned in a negative light or not at all."

The deaths of Soviet women who held civilian jobs in Afghanistan are not part of the official toll, and Smolina has written about 56 women who lost their lives. Some died when a plane was shot down by the Afghan mujahedeen, one was killed when a drunken soldier threw a grenade into her room, and one woman was slain after being raped by a soldier.

In an era when the concept of sexual harassment was largely unfamiliar in the Soviet Union, women in the war — usually young and unmarried — often started a relationship to avoid unwanted attention from other soldiers.

"Because if a woman has someone, the whole brigade won't harass you like a pack of wolves," Rybalchenko said. "Sometimes it was reciprocal, sometimes there was no choice."

She said she found boyfriends to "protect" her.

While the war grew unpopular at home, Soviet troops and support staff in Afghanistan mostly focused on survival rather than politics. While Afghans largely saw Moscow's involvement as a hostile foreign intervention, the Soviets thought they were doing the right thing.

"We really believed that we were helping the oppressed Afghan nation, especially because we saw with our own eyes all the kindergartens and schools that the Soviet people were building there," Smolina said.

After Rybalchenko came home, she could hardly get out of bed for the first three months, one of thousands with undiagnosed post-traumatic stress disorder.

When she asked officials about benefits for veterans and other personnel in Afghanistan, she faced hostility and insults. She said one told her: "How do I know what you were actually up to over there?"

In 2006, lawmakers decided that civilians who worked in Afghanistan are not entitled to war benefits. Women have campaigned unsuccessfully to reinstate them.

Rybalchenko eventually got an apartment from the government, worked in physiotherapy and now lives in retirement in Moscow, where her passion for interior decorating is reflected by the exotic bamboo-forest wallpaper in her home.

Smolina, who lives in Sweden, is wary of disclosing all the details about her own Afghan experiences after facing a backlash from other veterans about her publications.

"Our society is not ready yet to hear the truth. There is still a lingering effect from the harsh Soviet past," she said. "In Soviet society, you were not supposed to speak out."