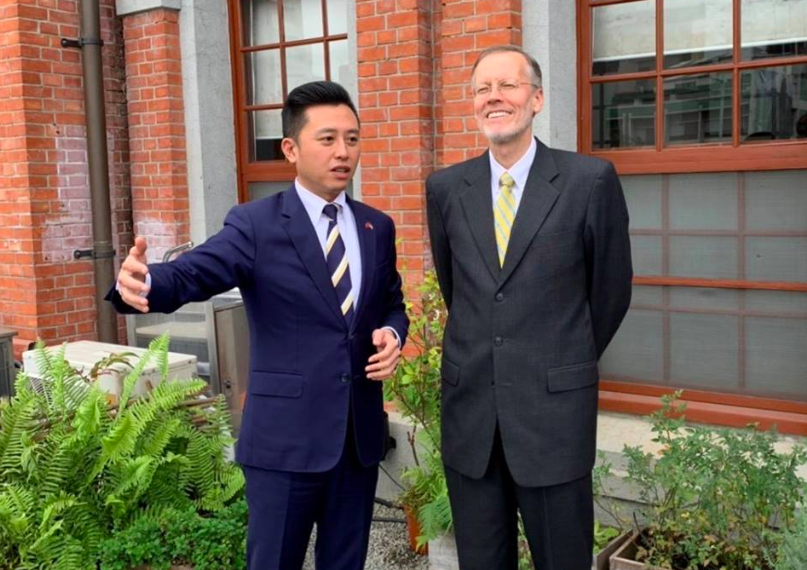 The message states Taiwan and the U.S. have enjoyed a cooperative partnership in the field of technology for many years, with the city of Hsinchu as the epicenter of their relationship.

The U.S. and Taiwan held their first joint digital economy forum in 2015, which each year since has served as a platform for experts from both sides to share their knowledge, and for launching joint programs and initiatives.

AIT Director Brent Christensen reportedly spent Wednesday discussing the future of the semiconductor industry with experts in Taiwan and spoke to Hsinchu mayor Lin Chih-chien (林智堅) about how to further deepen bilateral cooperation.

AIT wrote: “The foundation of the future digital economy is being laid in Hsinchu, and the United States is fortunate to have fell ‘super-innovator’ Taiwan as our partner.”

In 2016, the Taiwan-USA Industrial Cooperation Promotion Office was established in Taipei to facilitate commercial interchange in fields like biotech and information technology. Taiwan and the U.S. continue to collaborate through the office on such matters as smart cities and global internet connectivity.