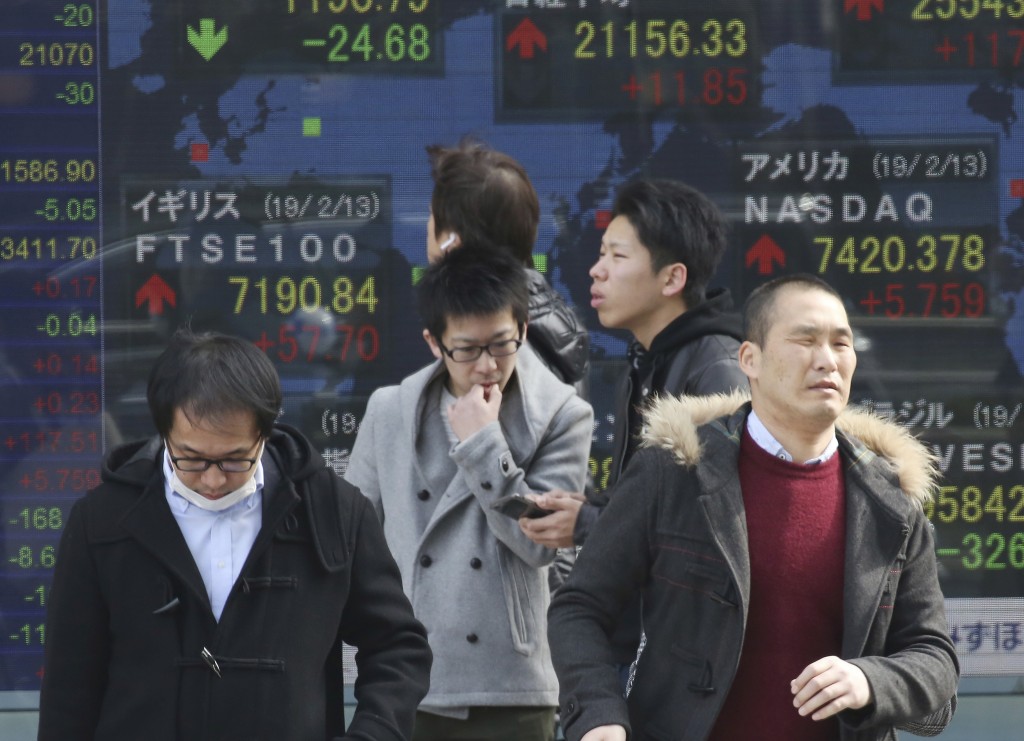 Disappointing data led U.S indexes to a mixed finish on Thursday. According to the Commerce Department, December retail sales fell 1.2 percent from the previous month, its biggest drop since September 2009.

The National Retail Federation also announced poor holiday sales growth in November-December that it attributed to trade tensions with China and the U.S. government shutdown.

"The market is in a defensive stance. Traders are wondering if the latest retail sales figures are a harbinger of more bad news to come," said Song Seng Wun, an economist at CIMB Private Banking.

American and Chinese officials will wrap up two days of negotiations in Beijing later Friday. It is unclear if they will make headway on prickly issues such as Washington's unhappiness over Chinese technology and trade policies.

The U.S. is set to more than double import taxes on $200 billion in Chinese goods by March 2. But President Donald Trump has hinted that he may hold off on these if both sides made enough progress at the trade talks.