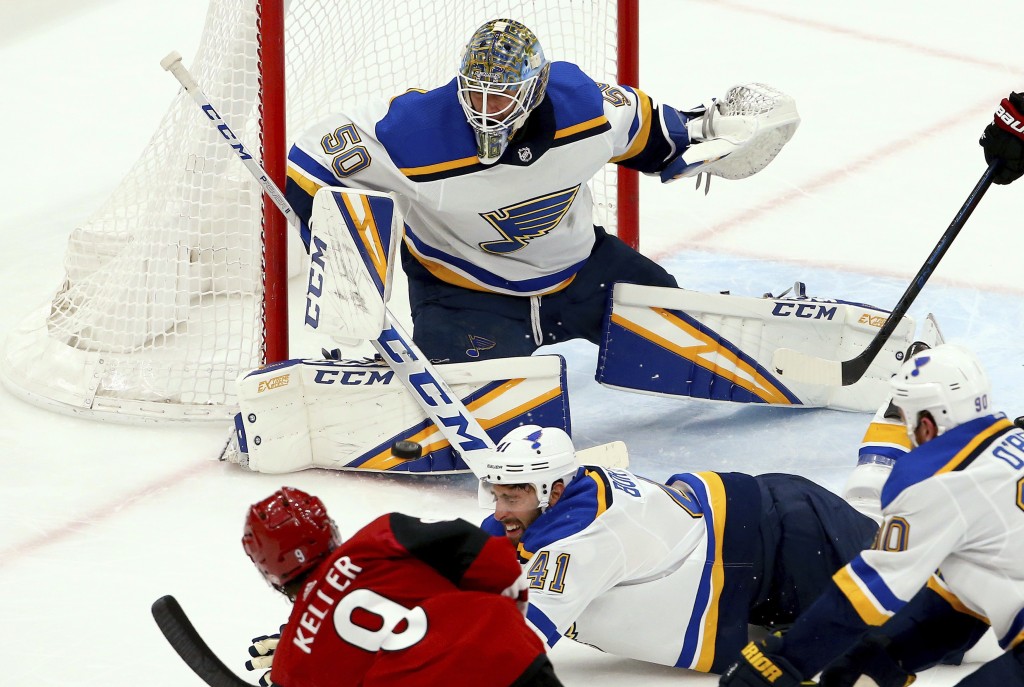 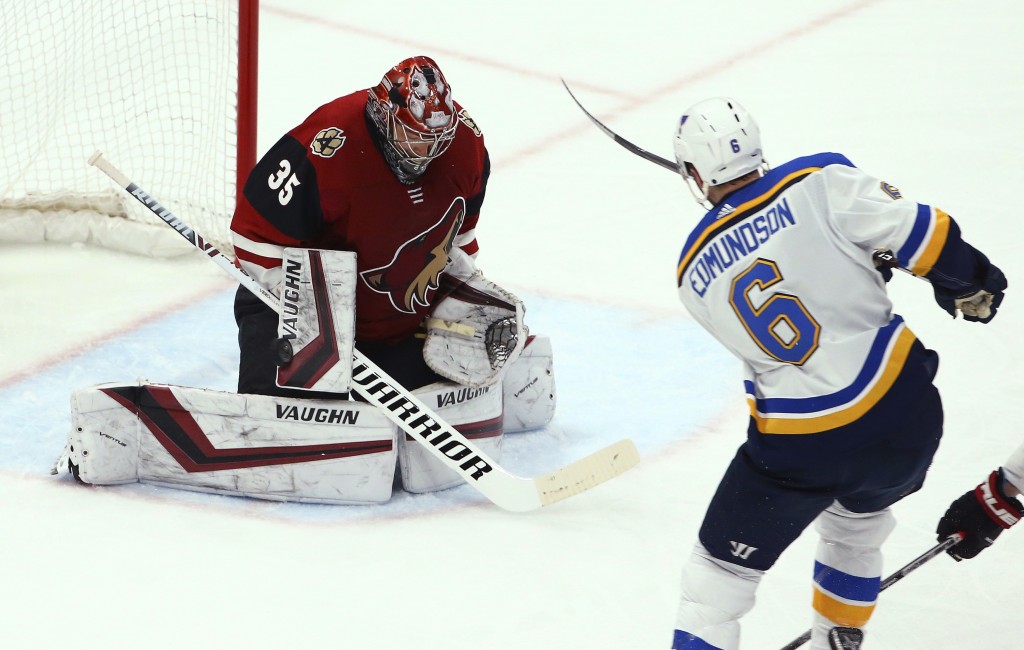 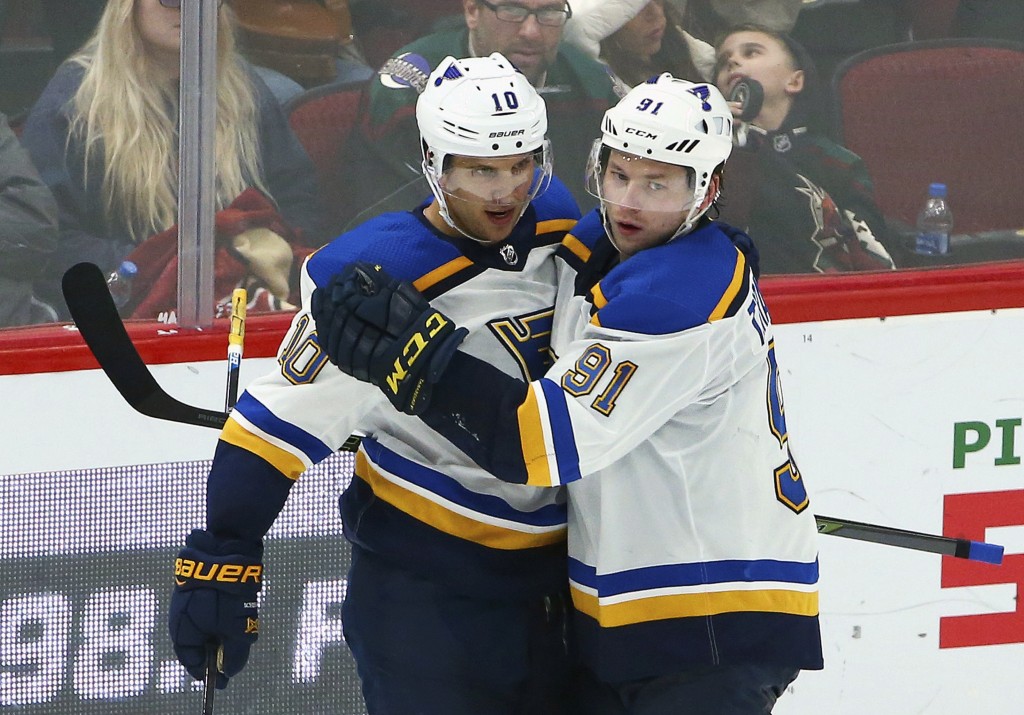 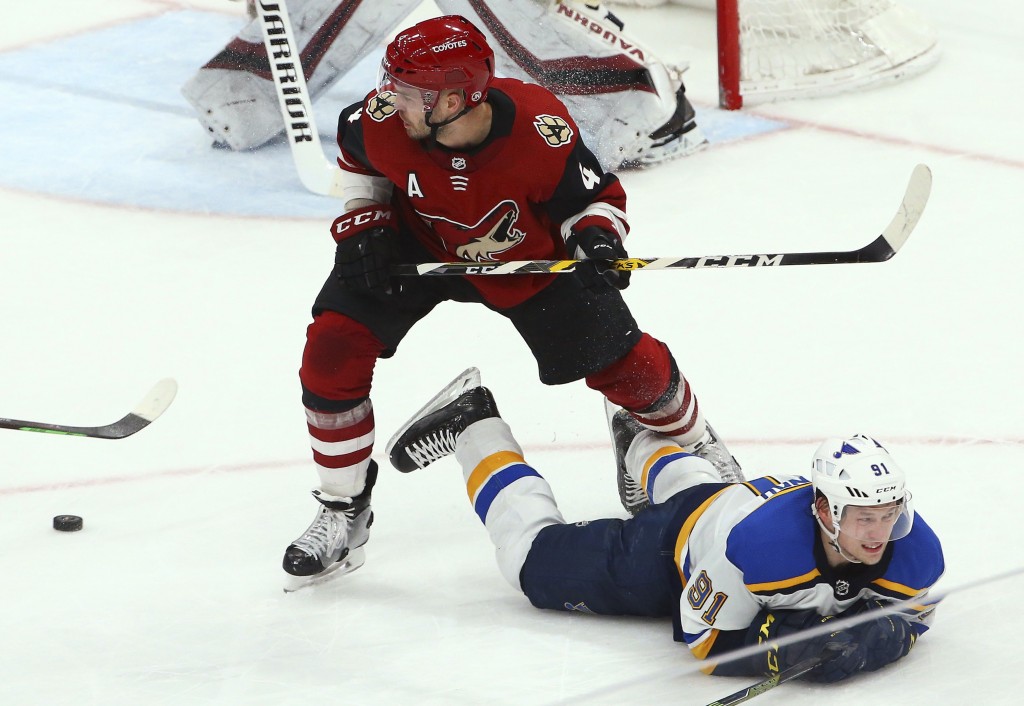 Joel Edmundson scored early in the first and had an assist on Tarasenko's goal late in the period. Tarasenko put the Blues up 3-0 late in the second period with a power-play goal, giving him nine goals and eight assists during a career-high 10-game points streak.

Binnington made 21 saves to match Brent Johnson's rookie franchise record winning streak set in 2000-01. Binnington had a shutout in his first career NHL start on Jan. 7 and has two more while going 11-1-1.

Darcy Kuemper stopped 20 shots for Arizona, which has lost six of eight after a ragged opening period against the Blues.

The Coyotes have dominated the series with St. Louis recently, winning the three previous games by a combined score of 17-3. Arizona rolled over the Blues in the first meeting this season on Dec. 1, all but chasing goalie Chad Johnson out of St. Louis by scoring all its goals against him in a 6-1 win.

St. Louis has been a different team since the start of the new year, though, winning behind Binnington and a high-scoring offense.

The Blues jumped on the Coyotes early Thursday night, dominating the puck until scoring 3 1/2 minutes in when Edmundson swept a rolling pass from Jaden Schwartz past Kuemper's right pad.

Tarasenko made it 2-0 with his 23rd goal, lifting his stick waist-high to deflect a pass from Edmundson under Kuemper's left arm.

Tarasenko stretched the lead to three goals late in the second period, one-timing a pass from Brayden Schenn at the left circle for his 24th of the season.

The Blues play at Colorado on Saturday.

The Coyotes host Toronto on Saturday.