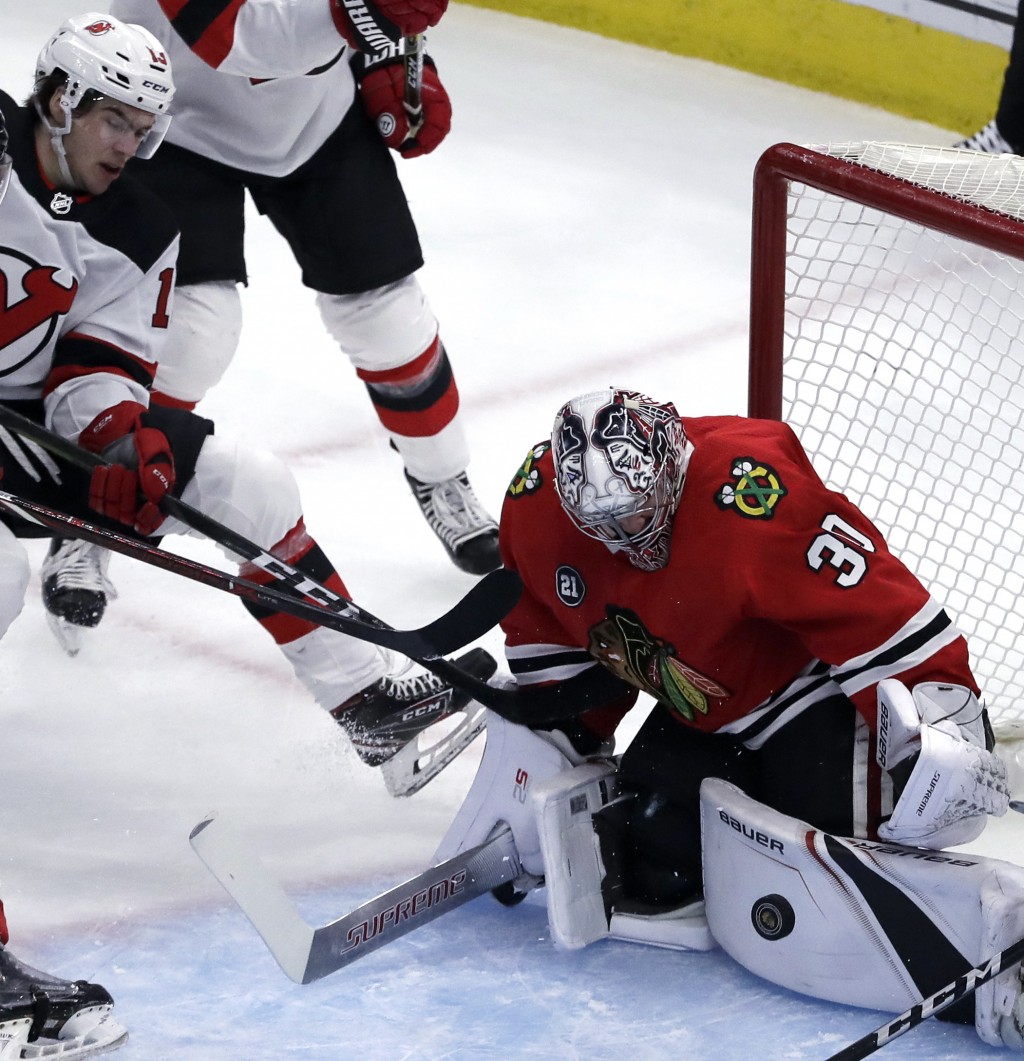 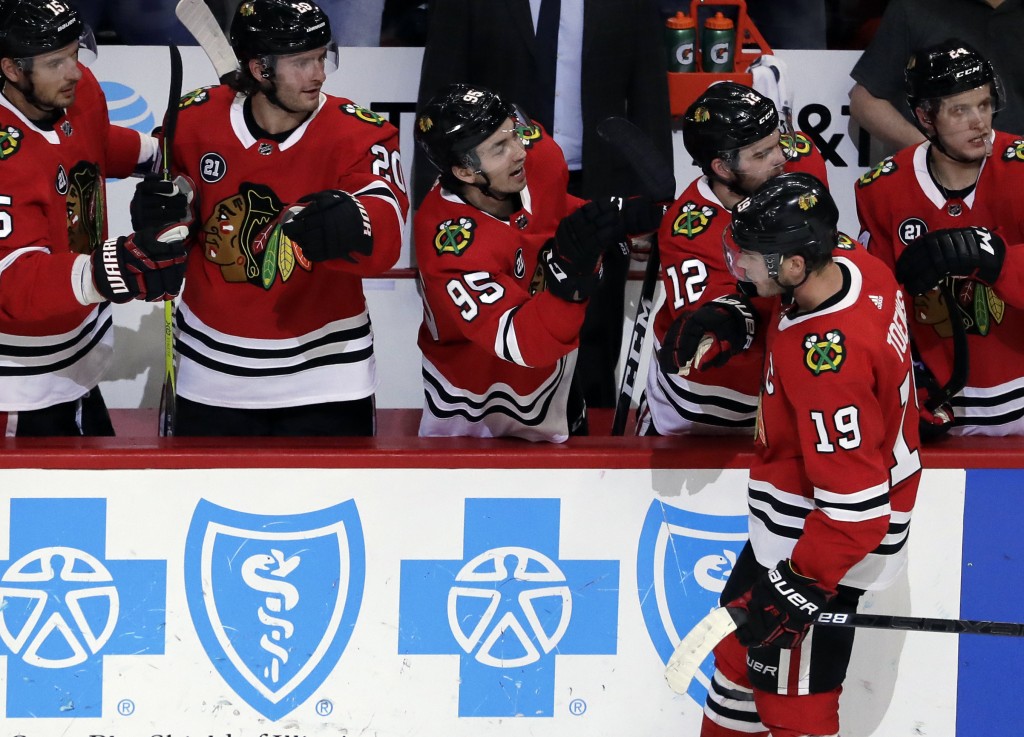 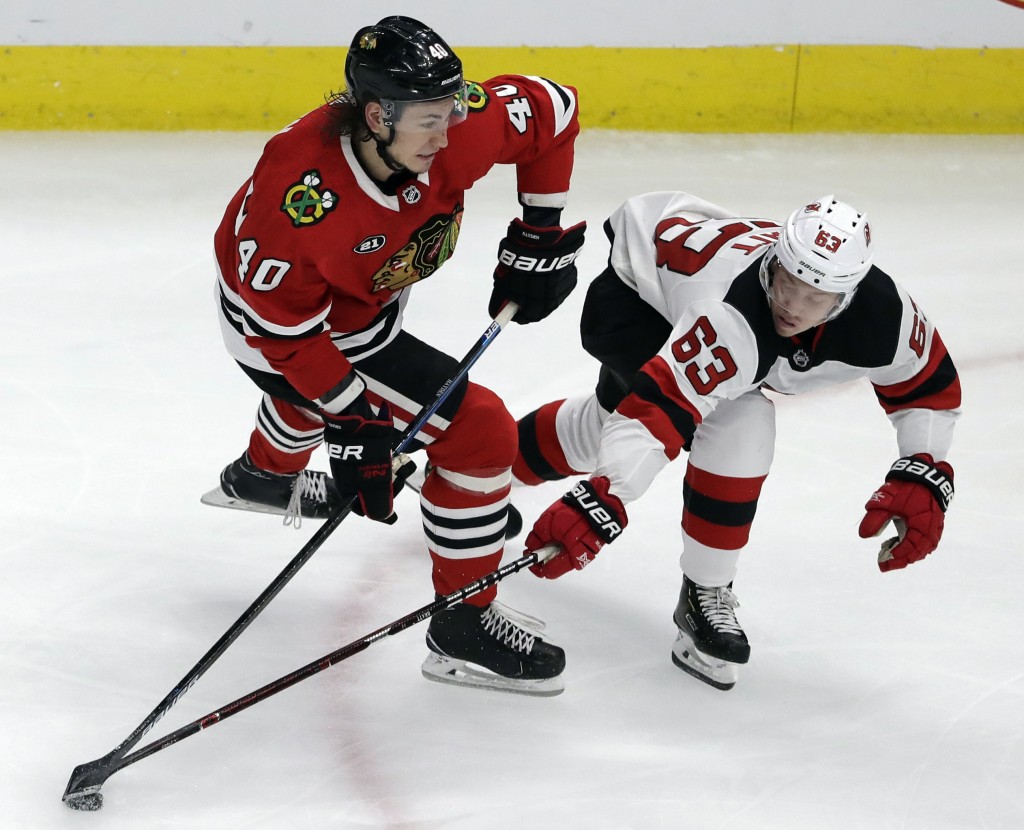 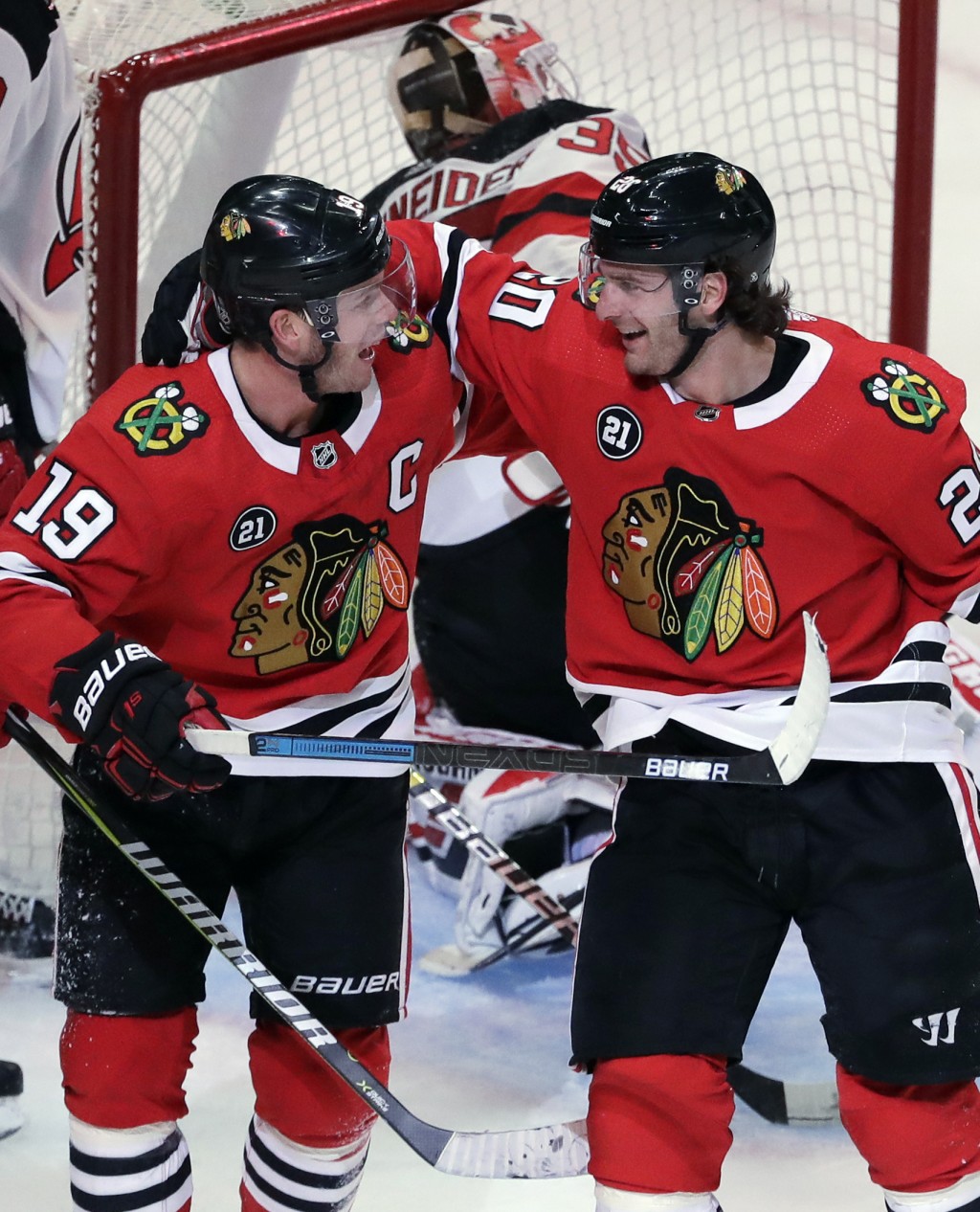 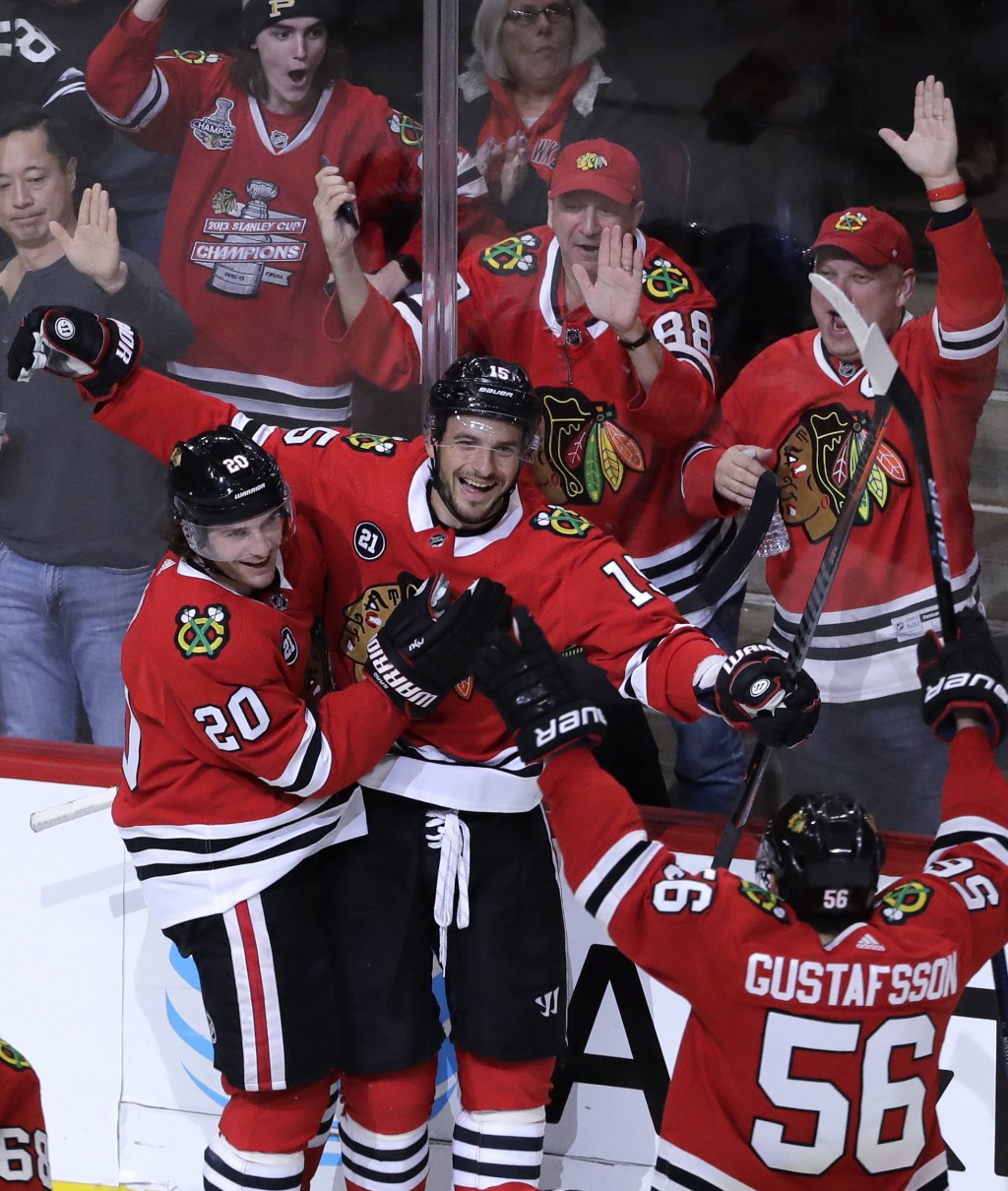 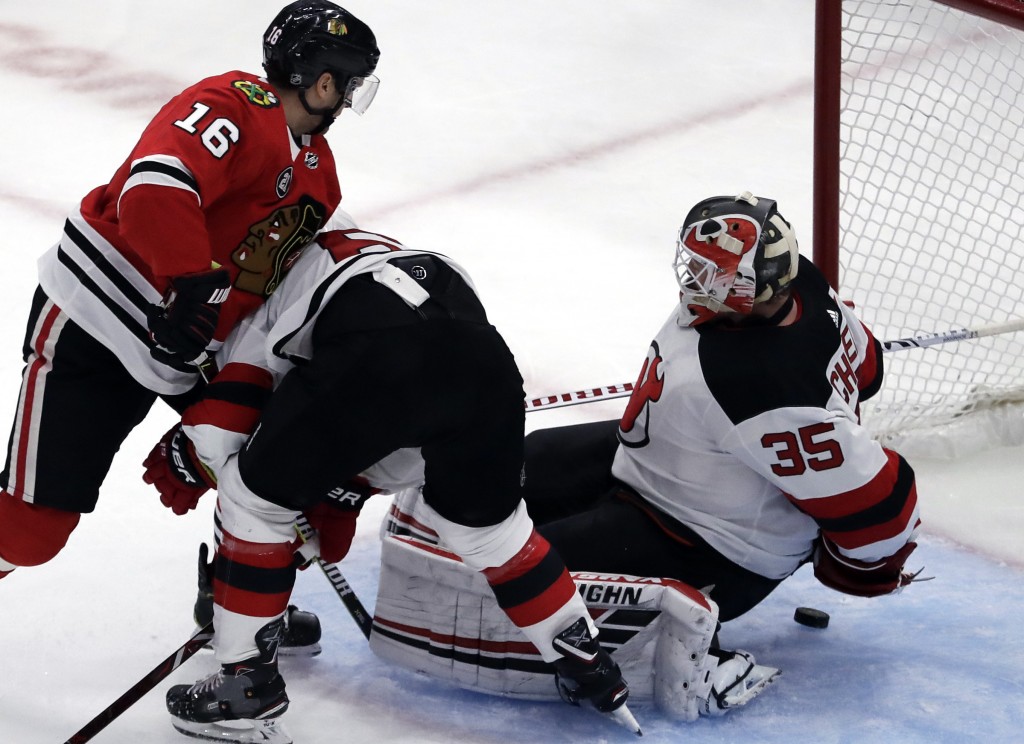 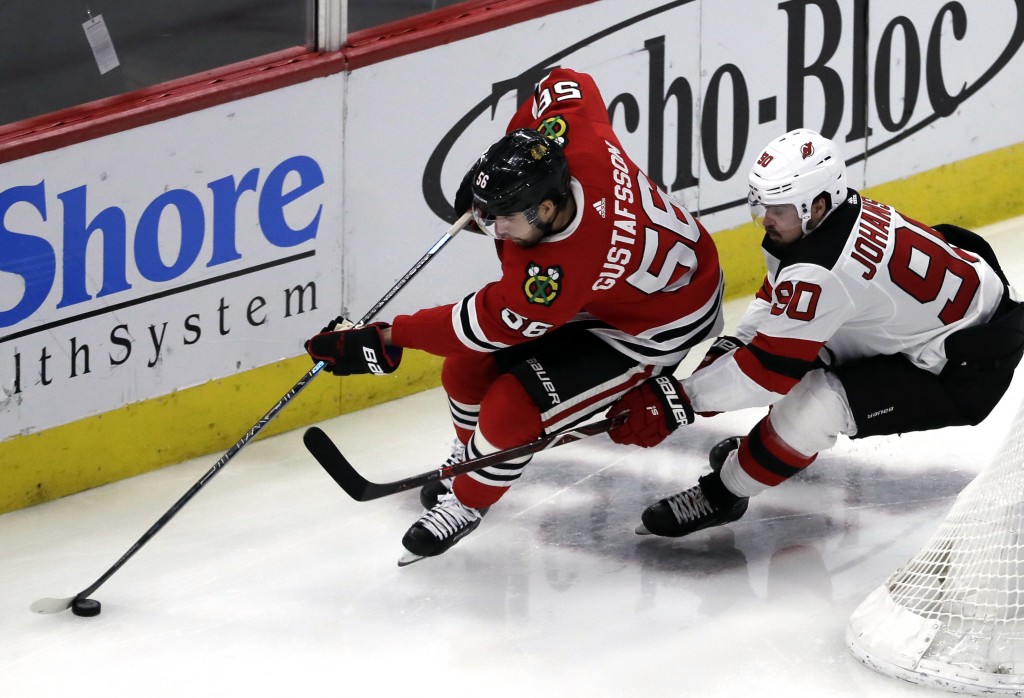 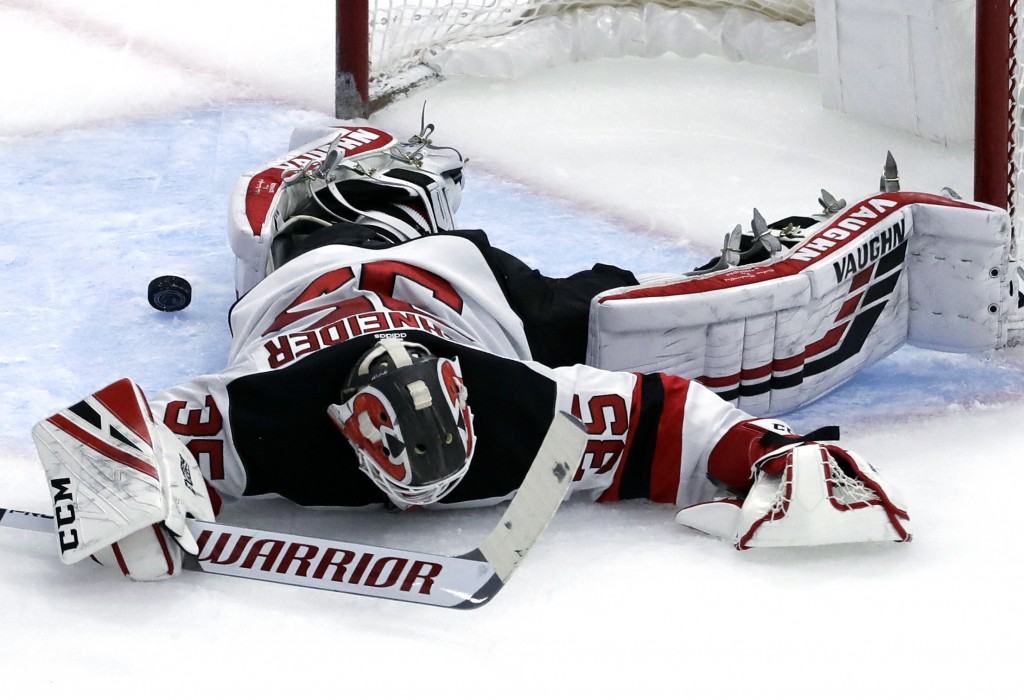 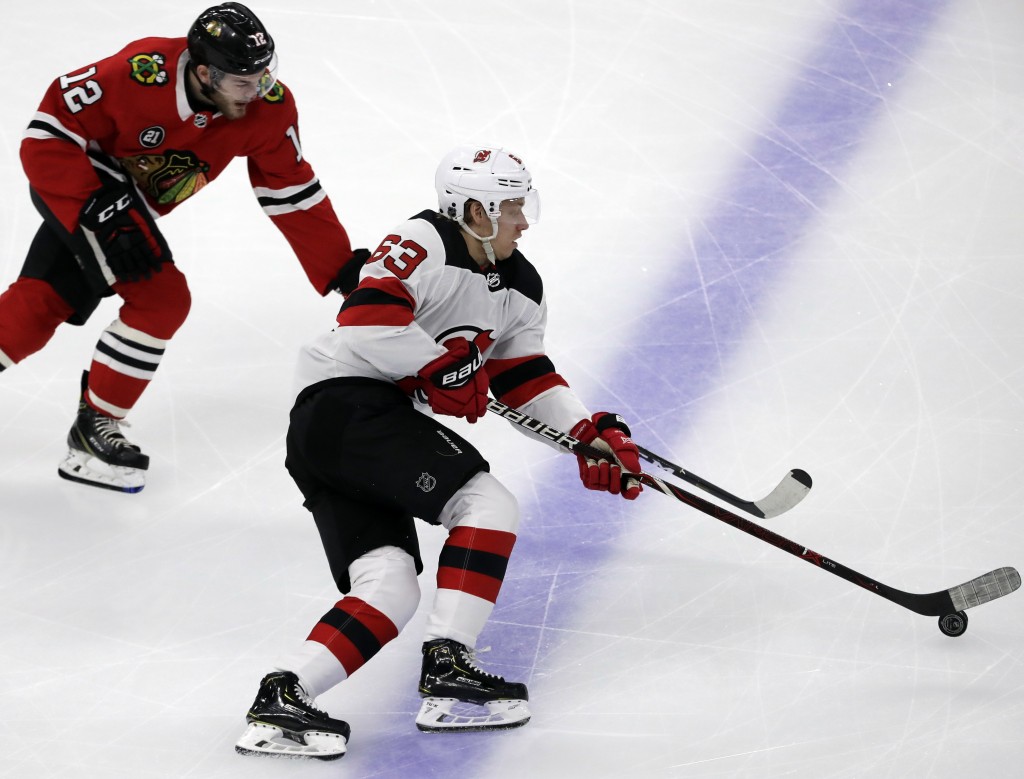 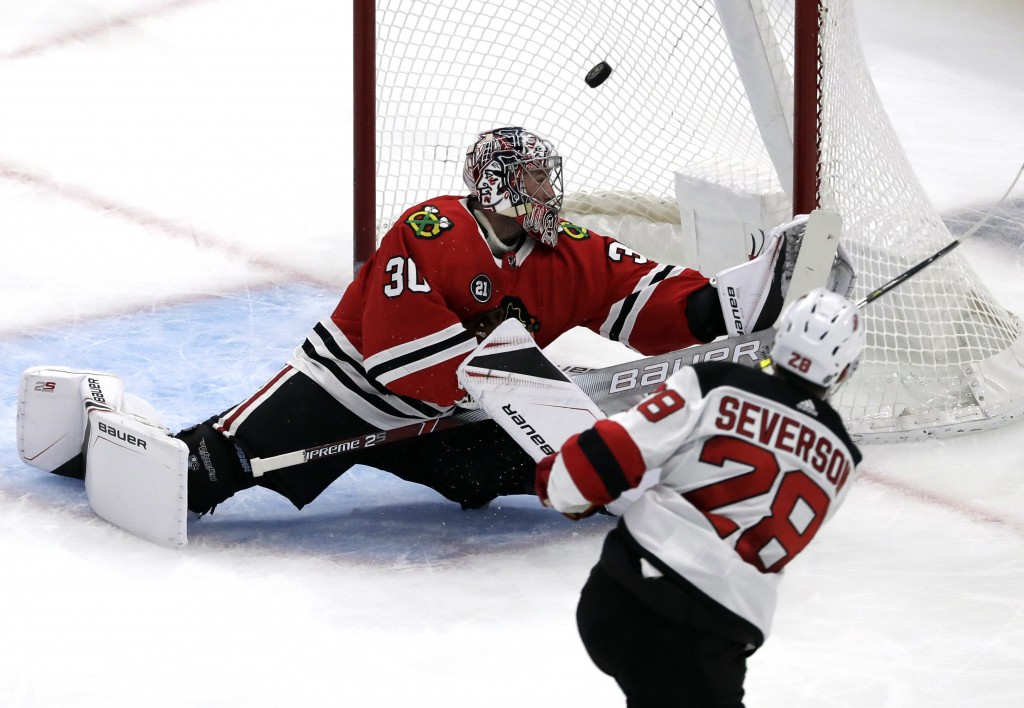 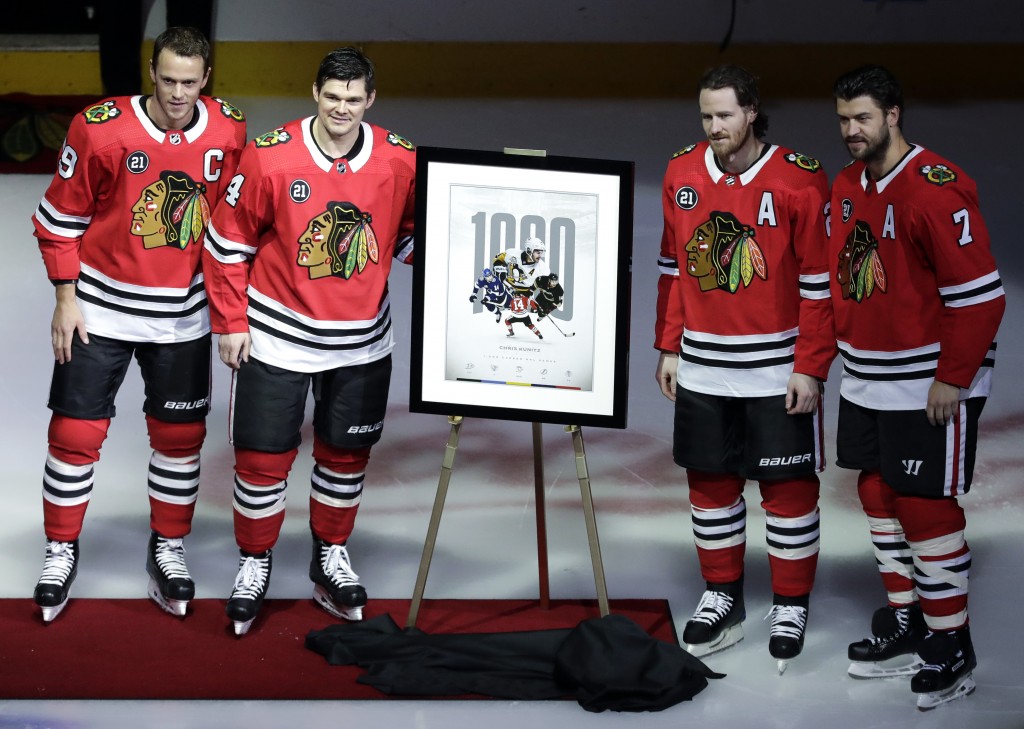 CHICAGO (AP) — Patrick Kane scored his 34th goal and added two assists to lead Chicago to a 5-2 win over the New Jersey Devils on Thursday night for the Blackhawks' eighth victory in nine games.

Brandon Saad and Artem Anisimov each had a goal and an assist, and Jonathan Toews and Drake Caggiula also scored for the Blackhawks. Cam Ward stopped 41 shots.

Damon Severson and Travis Zajac scored to give the Devils a 2-0 lead with a little more than three minutes left in the first period before the Blackhawks took over. New Jersey has lost two straight and five of its last six.

Kane extended his points streak to 16 games and moved into second in NHL scoring with 85 points. He has 12 goals and 22 assists during the run. The star forward also extended his assists streak to 15 games, eclipsing Stan Mikita's team record set in 1967.

Kane recorded three or more points for the 10th time this season to help Chicago rebound after a 6-3 loss in Boston on Tuesday.

The Devils dominated early in this one, outshooting Chicago 9-2 midway through the first period and testing Ward.

Severson opened the scoring from the right circle 7:14 in. He was wide open and beat Ward on the glove side after taking Brett Seney's cross-ice pass after Chicago defenseman Erik Gustafsson was checked off the puck in the corner.

Zajac's power-play goal from the slot with 3:18 left in the first made it 2-0. Marcus Johansson fed him from near the goal line to cap a nifty series of quick passes.

Kane scored 1:35 later during a delayed penalty call to cut it to 2-1 and quell the Devils' momentum. He beat Schneider through a screen from the slot after skating in from the blue line.

Caggiula's 10th goal 20 seconds into the second tied it. Set up by Kane's pass in the slot, Caggiula cut into the right circle and fired a rising shot over Schneider's outstretched glove.

Toews 26th goal, with 6:48 left in the second, gave Chicago its first lead of the game. Kane carried the puck over the Devils line on the left side, then dished to Slater Koekkoek. Koekkoek skated ahead into the circle and fed a cross-ice pass to Toews as the Chicago captain dashed in uncovered down the right side.

Ward lost his mask as he made quick, close-in saves on Zajac and Johansson during a Devils power play early in the third to preserve Chicago's lead.

After winning a faceoff in the Devils zone, Anisimov skated to the net and swept in rebound of Gustafssson's shot from the blue line with about 6 1/2 minutes remaining to make it 4-2. Saad assisted on the play for his 300th point.

Saad stuffed in a short-handed goal to finish a breakaway 1:39 later.

NOTES: Chicago F Chris Kunitz played in his 1,000th NHL game, and the Blackhawks honored the four-time Stanley Cup winner in a pregame ceremony and with a silver stick. Since the NHL draft was instituted in 1963, the 39-year-old Kunitz is the 32nd undrafted player to reach 1,000 games. ... Chicago G Corey Crawford, out since Dec. 16 with his second concussion in two years, took part in the morning skate on Thursday. ... Chicago F David Kampf (right foot) missed his fourth game. He was placed on IR retroactive to Feb. 5 on Wednesday. ... Devils C Blake Coleman (upper-body) sat out for a second game.

Devils: At Minnesota on Friday night to play their third game in four nights.