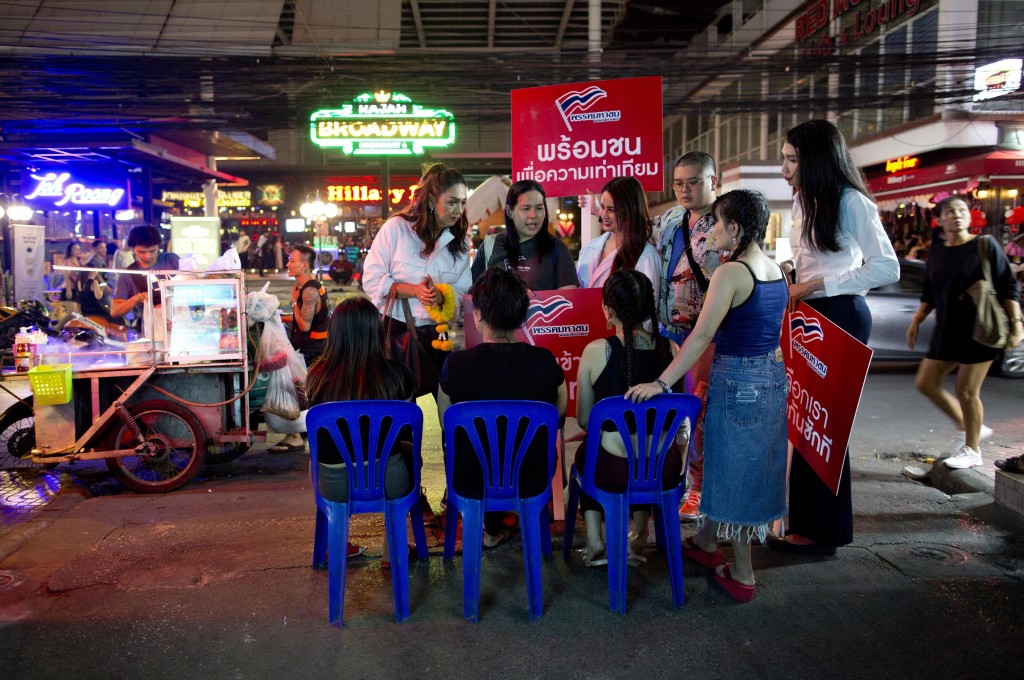 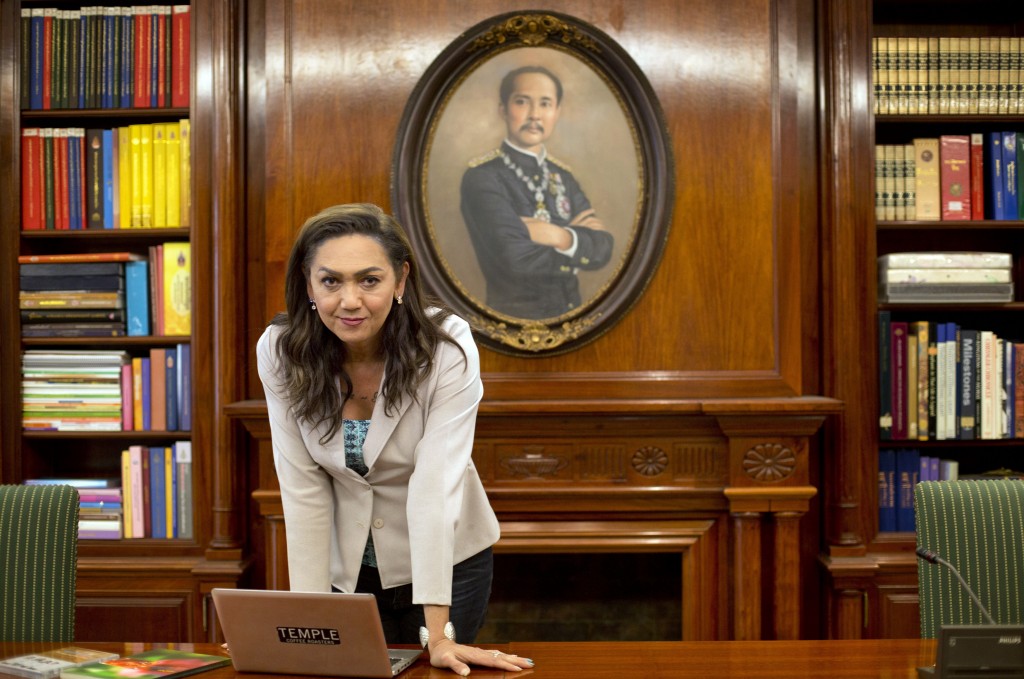 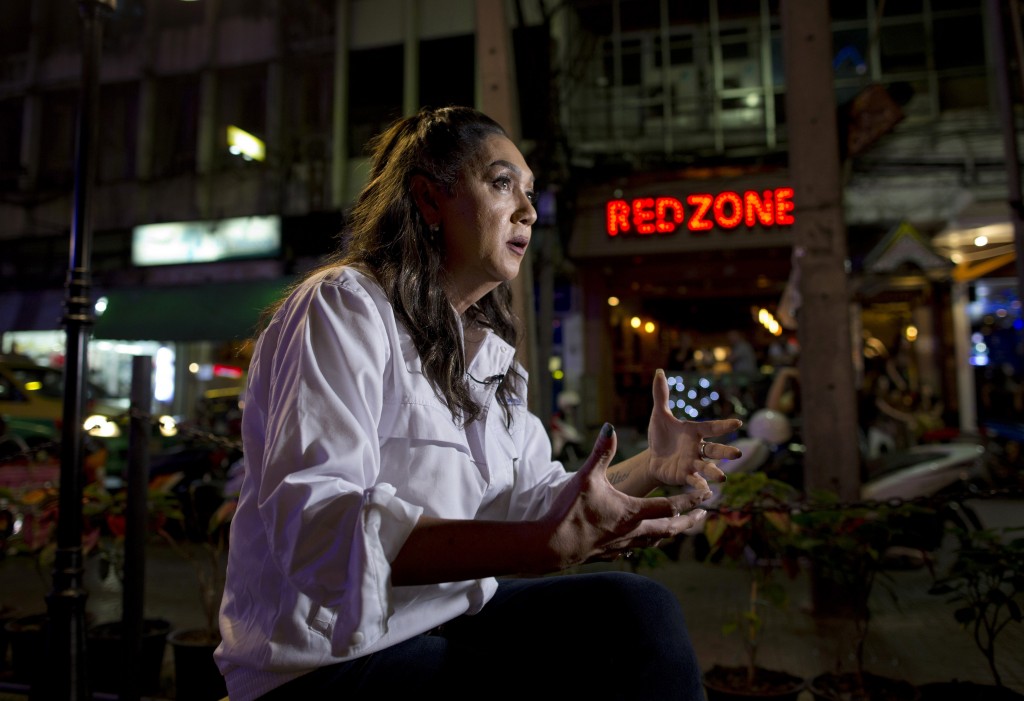 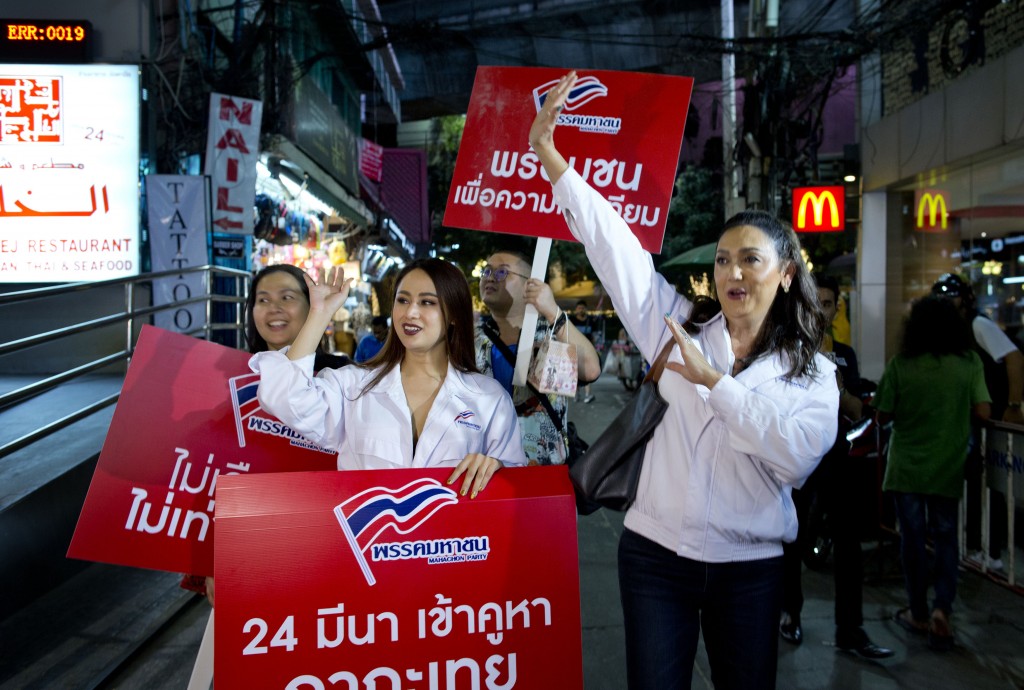 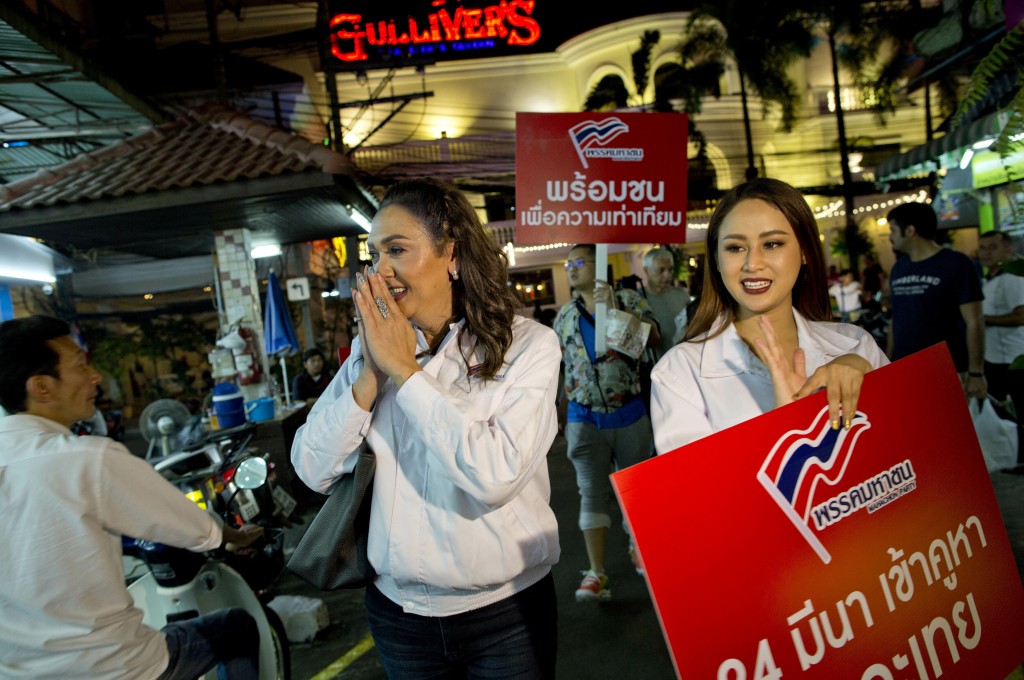 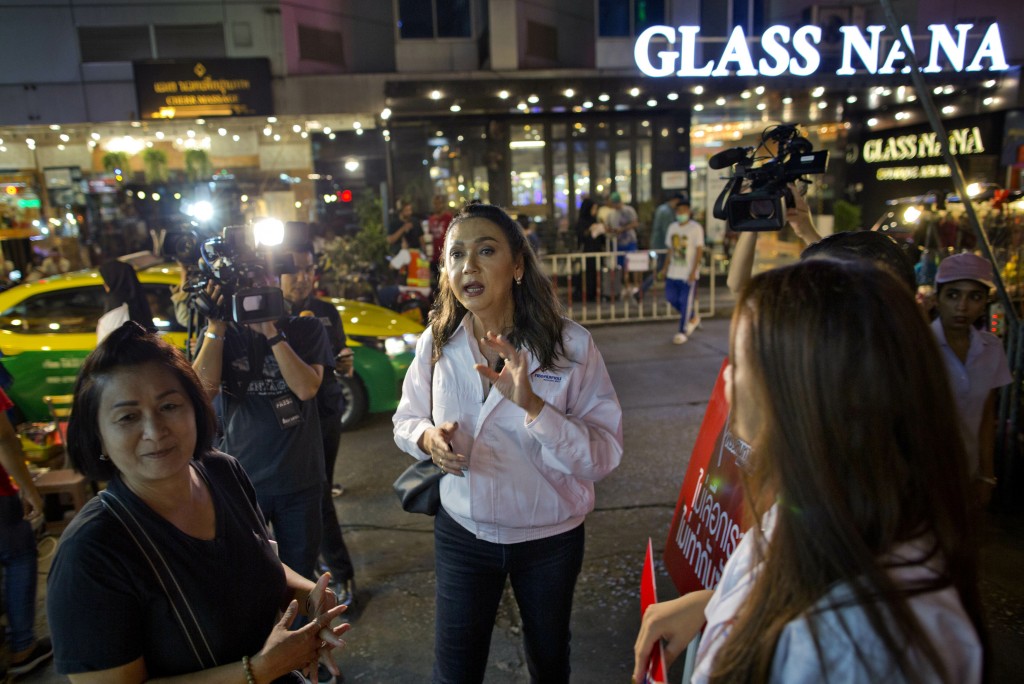 BANGKOK (AP) — As Pinit Ngarmpring, he was a CEO and sports promoter, well known in the world of Thai soccer. Now, under her preferred new name of Pauline Ngarmpring, she's pursuing a bid to become the country's first transgender prime minister.

The 52-year-old is one of three candidates put forward by a political party for the post in next month's general election.

She says she wants her nomination to bring hope to the marginalized and to open up political space for future generations of LGBT people.

With over a month to go before the March 24 polling day, she campaigned this week in one of Bangkok's more infamous nightlife areas.

Many vulnerable or exploited people work in this twilight zone of go-go bars, cheap hotels and massage parlors. It's exactly the constituency the Mahachon party seeks to represent, and she's eager to hear their concerns.

"Our welfare, mostly. Health," masseuse Wassana Sorsawang says are her concerns, as she stands outside a shop in an alley off the street. She complains that she and her colleagues often work double shifts, and it affects their health.

The Mahachon party is contesting some 200 seats in the 500-member House of Representatives. About 20 of the candidates are openly LGBT. Pauline joined only last November. Now, as their second-ranked nominee for prime minister, she finds herself a political trailblazer, a unique symbol of the fight for equality.

It's fine, she said, even if she cannot achieve her goal of becoming prime minister "because I am the first one who dares enough to announce . 'hey, we can do it!'"

"We are not saying we are better than male or female," she said. "We just want to say we are equal."

Until three years ago, Pauline was Pinit: a father of two, a reporter turned businessman who became well known by founding a soccer fan association that became influential in Thai sporting circles.

Since her gender transition she's made it her mission, she said, to educate society. Her new political role gives her the perfect platform to counter those who still view LGBT rights — and her candidacy — with skepticism.

"Nowadays people say, 'Oh you are transgender? You want to become our prime minister. It's going to be funny, it is going to be a very strange story,'" she said.

"But I don't think that way," she said. "Whatever you are, you have your value. You love yourself and then you share with people."

The party hopes its human rights-based agenda will appeal in particular to Thailand's large LGBT and sex worker population. One policy is to legalize prostitution.

The result, Pauline says, could be up to 10 lawmakers in Parliament, thanks to a new electoral system that allocates some of the seats through proportional representation.

But, even given the country's traditionally accepting view of sexual fluidity, she knows she is not destined to lead the country.

"I will not be a prime minister. But it doesn't matter. It will take some time and it is not going to be the end of the world after the next election," she said.

"It doesn't have to be me. It can be the next generation."