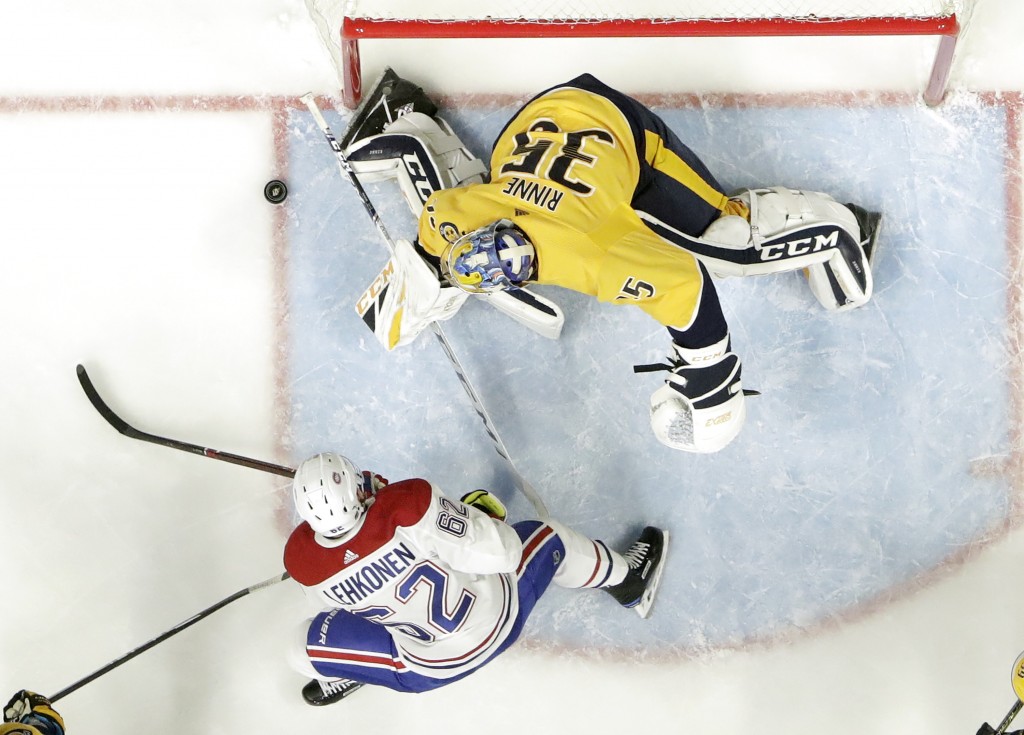 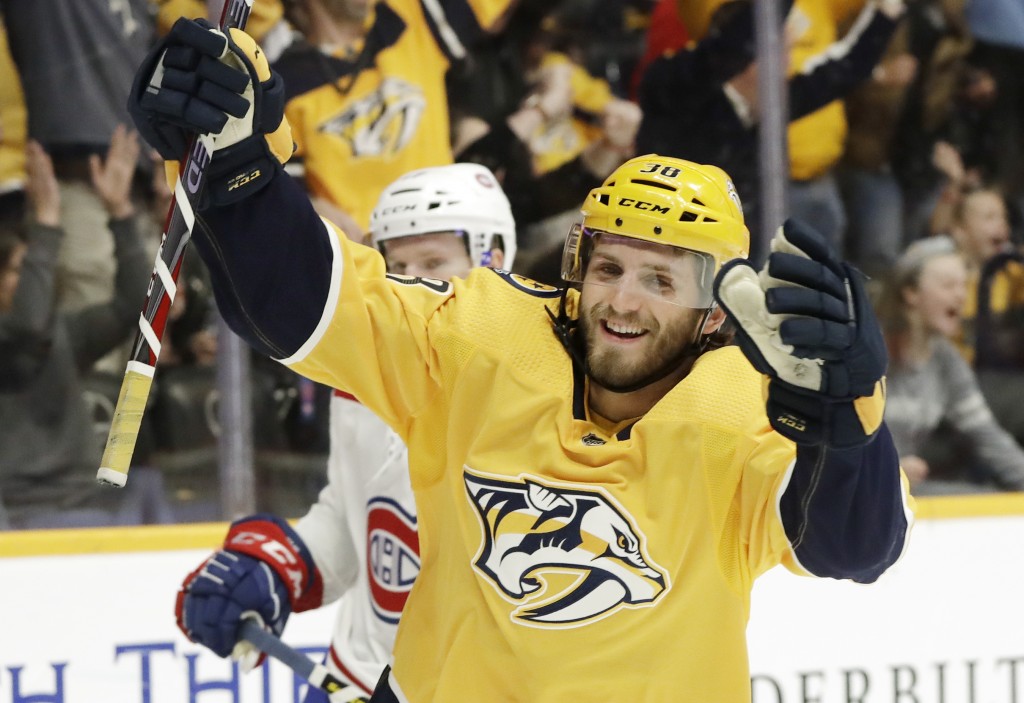 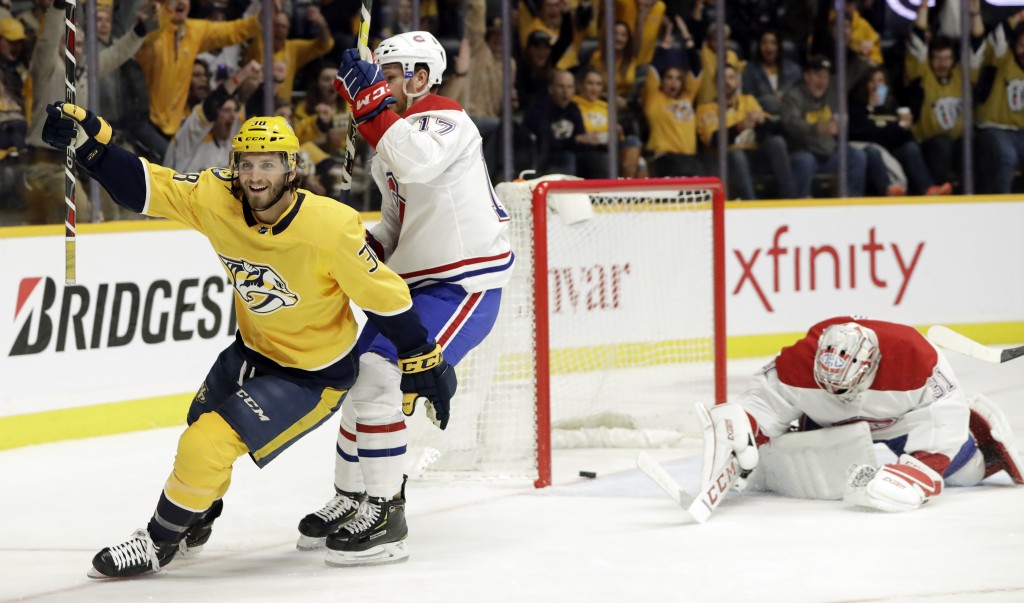 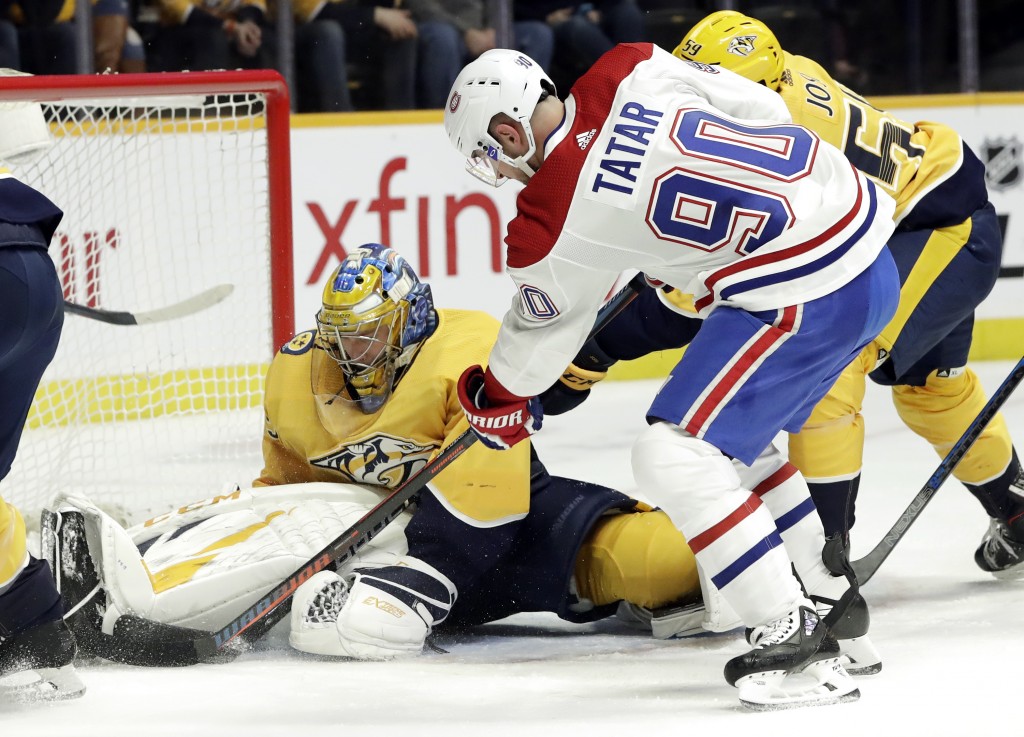 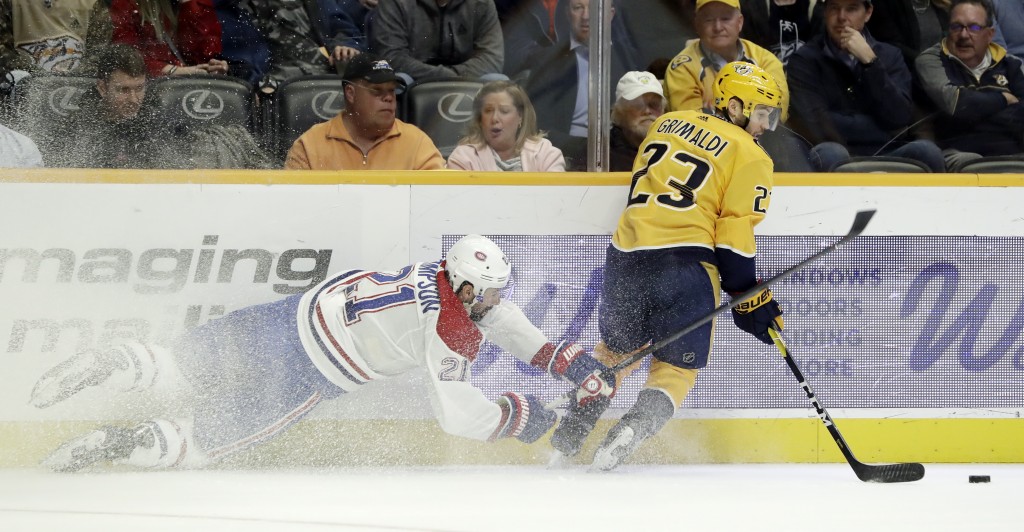 Ryan Hartman and Brian Boyle also had the goals for Nashville, which snapped a three-game skid.

Tomas Tatar scored and Carey Price made 35 saves for Montreal, which has lost consecutive games for the first time since early January.

With the game tied at a 1 midway through the third, Boyle and Arvidsson struck 2:24 apart to pull away.

Boyle's goal, his first since being traded to the Predators, came at 8:36 on a slap shot from the high slot. Former Canadien P.K. Subban set Boyle up with a nice pass from the right side.

Arvidsson had a tap-in at 11:00 thanks to a cross-crease pass from linemate Ryan Johansen. Arvidsson's 26 goals lead the Predators.

Earlier in the game, Price denied Arvidsson on a clear breakaway with 2:40 remaining in the second.

Hartman scored the game's first goal at 9:49 of the second period. Just outside the Montreal blue line, Hartman knocked down Jonathan Drouin's clearing attempt and sent a pass to Craig Smith, whose shot attempt was denied by Price. Hartman swooped through the slot and buried the rebound, which was in the air when he connected.

The goal was Hartman's 10th of the season and first since Dec. 13, snapping a 27-game skid. As he skated toward the Nashville bench for celebratory fist bumps, Hartman mimicked removing an monkey off his back and tossing it into the crowd.

Tatar evened the game at 1 at 5:26 of the third. The Canadiens entered the Nashville zone on the right side on a 3-on-2 rush. Tatar beat Rinne from the slot off of an impressive pass from Andrew Shaw.