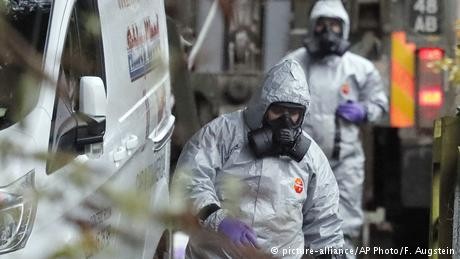 Investigative group Bellingcat on Thursday said it has "conclusively" identified a third man suspected of involvement in the nerve agent attack that nearly killed former Russian intelligence agent Sergei Skripal and his daughter Yulia in Salisbury.

Bellingcat last year identified two of the main suspects in the attack. The UK, Germany, the United States and France have said there is "no plausible alternative" to Moscow's involvement, demanding the Kremlin provide information about its nerve agent reserves.

Last year, Bellingcat made headlines when it identified the two main suspects in the Skripal poisoning, Anatoly Chepiga and Alexander Mishkin. In one case, a partner Russian publication, The Insider, sent a reporter to the home village of one of the Russian operatives.

"The reporter was able to meet and talk to many residents, who all recognized 'Alexander Petrov,' the person show on photographs released by the British police and seen in the RT interview, as 'our local boy' Alexander Mishkin," Bellingcat wrote at the time.

Bellingcat said Sergeev may have also been involved in the poisoning of a local arms deal in Bulgaria. British police have refused to confirm whether they were investigating a third suspect in the Skripal poisoning.

In October, Ben De Jong, an expert on Russian intelligence activities at the University of Amsterdam, told DW that the latest bungles were a blow to the GRU, Russia's military intelligence.

"It's definitely a step back for the GRU and also for other Russian services," De Jong said. "Not only because all these names have become known, but also because they have been shown to be almost amateurish in many ways, in the way they carried out their operations."