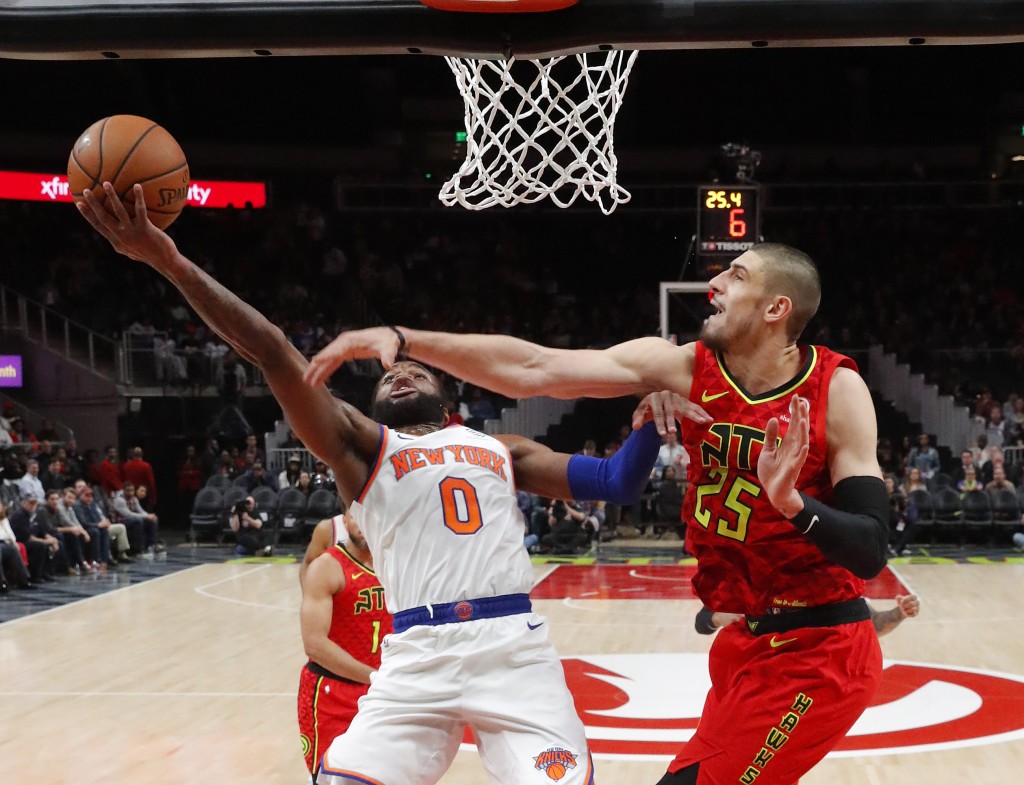 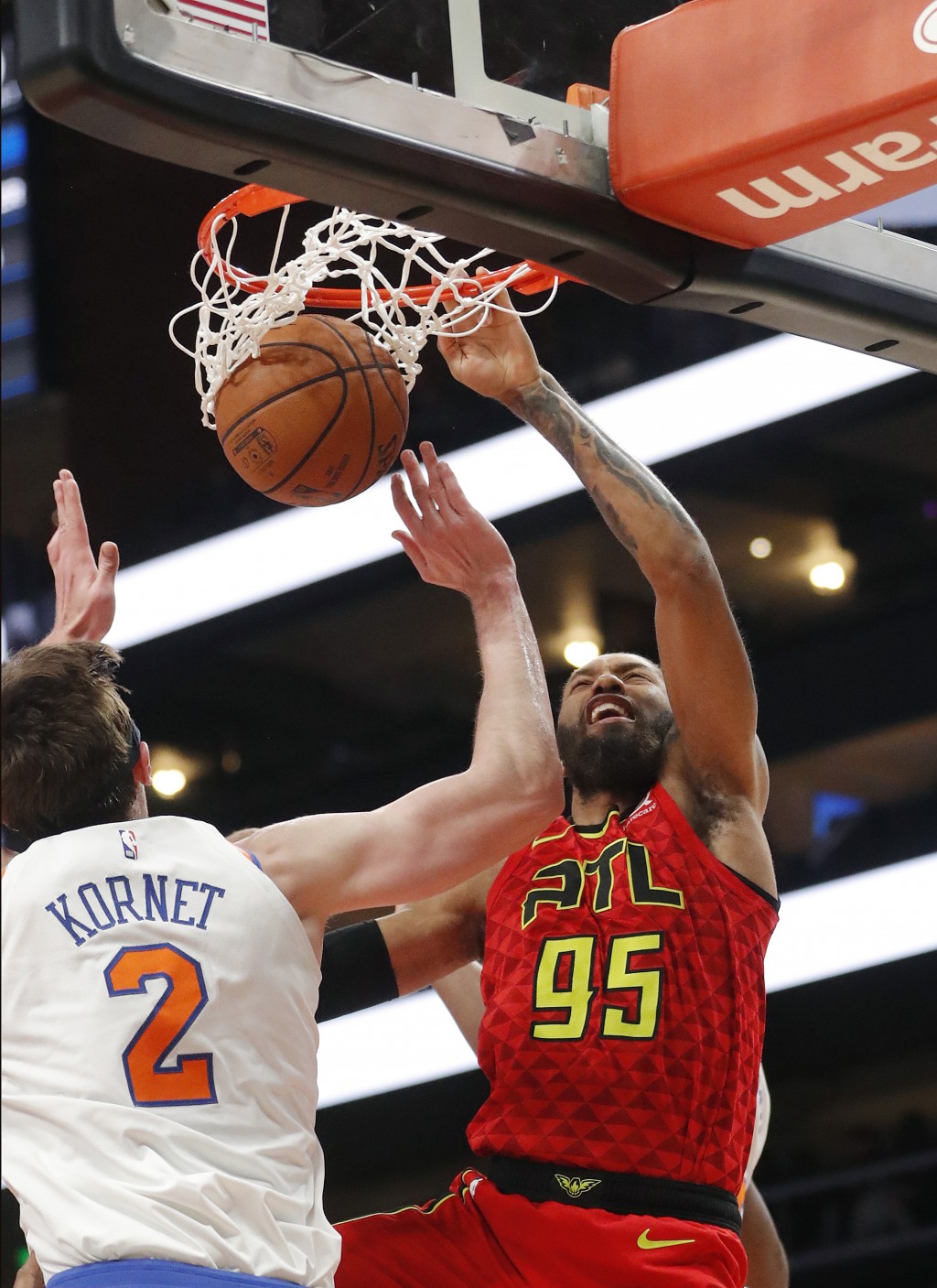 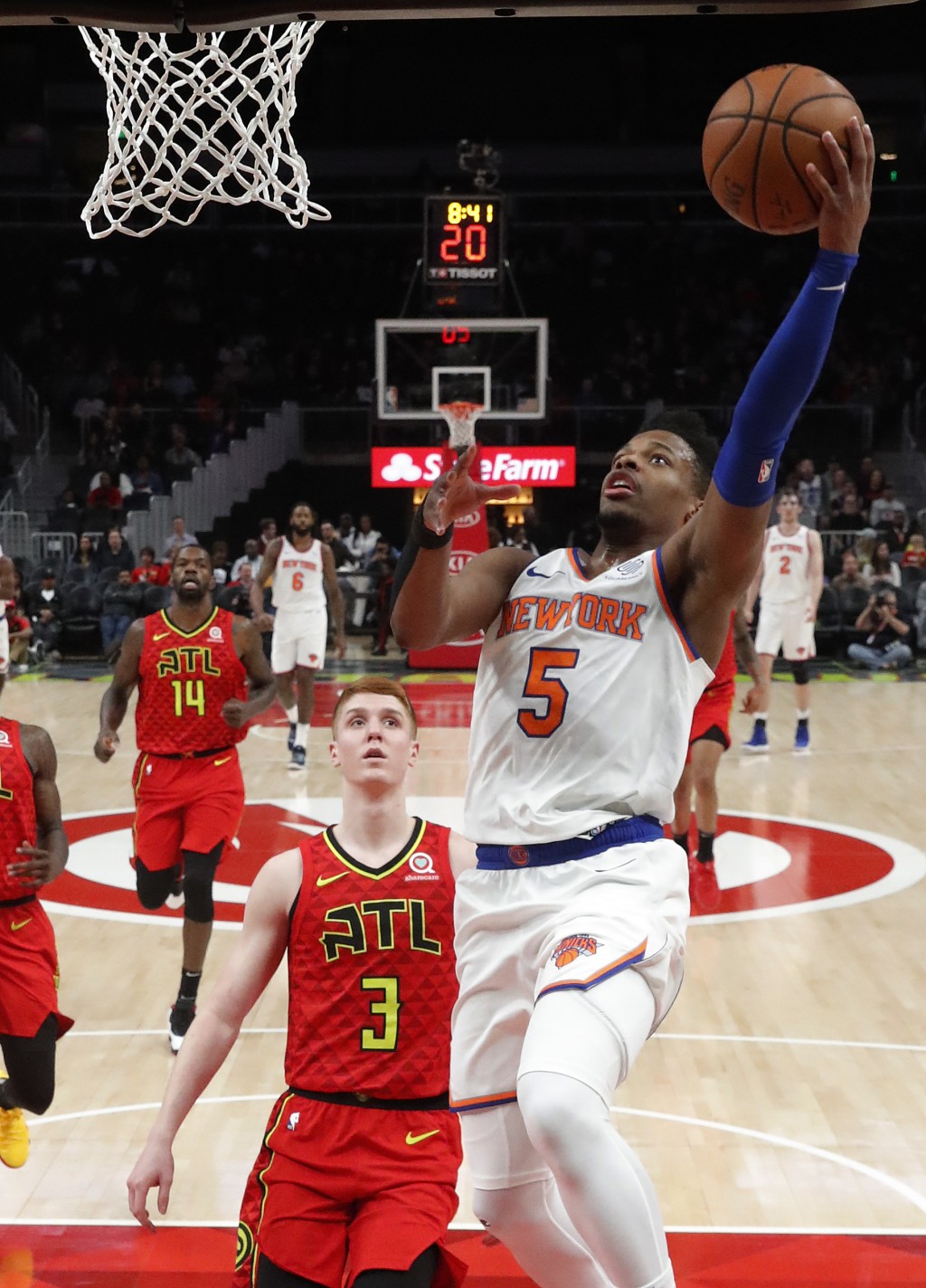 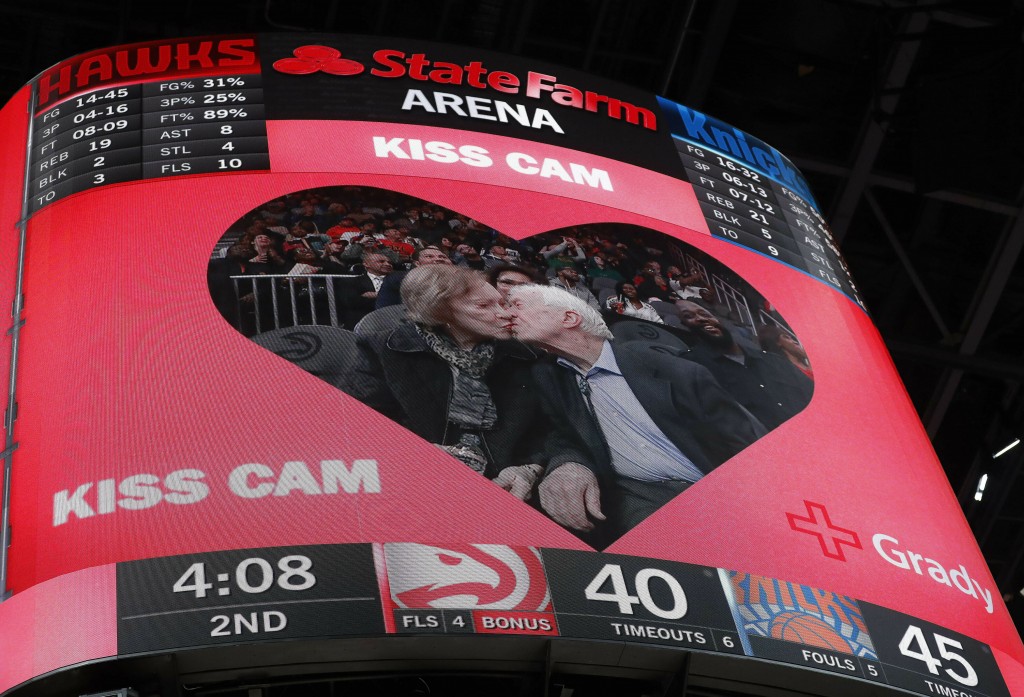 The Knicks ended their longest skid within a single season with their first victory since Jan. 4 at the Los Angeles Lakers. New York, with the Eastern Conference's worst record and second-worst overall, had dropped 26 of 27.

Kadeem Allen and John Jenkins each added 14 points. Damyean Dotson finished with 13 points and DeAndre Jordan had 13 rebounds for New York, which never trailed and only was tied twice, in the second quarter.

The Hawks, coming off an exciting victory over the Lakers two nights earlier, were flat throughout. They never pulled within single digits after John Collins' hook shot made it 87-78 with 9:39 remaining.

The Knicks were up 14-0 before ending the first with a 28-13 lead. Mitchell Robinson closed the period by blocking DeAndre' Bembry's 3-point attempt. Atlanta missed its first 11 shots as its starters combined for two points.

The Hawks, who trailed 54-51 at halftime, have lost four of five.

Fizdale wants the Knicks to use the upcoming All-Star break to rest and maintain their conditioning.

"I'm not letting my foot off the gas," he said with a smile.

HAIL TO THE CHIEF

Former President Jimmy Carter, 94, and his wife Rosalynn, 91, attended the game and were introduced to a standing ovation during a timeout early in the first. The Hawks did a video presentation of Carter's career in humanitarian causes, politics and philanthropy. Carter, the Nobel Peace Prize winner in 2002, just won his third Grammy for best spoken word album on "Faith: A Journey for All."

The Hawks held a Love Wins Pride Night promotion that featured the Atlanta Gay Men's Chorus singing the national anthem and the team calling attention throughout the night to the LGBT community. The outside "Atlanta" facade of State Farm Arena was lit in rainbow colors. The Hawks dressed their mascot Harry in a rainbow Mohawk and had him waving a large rainbow flag with their logo in the center.