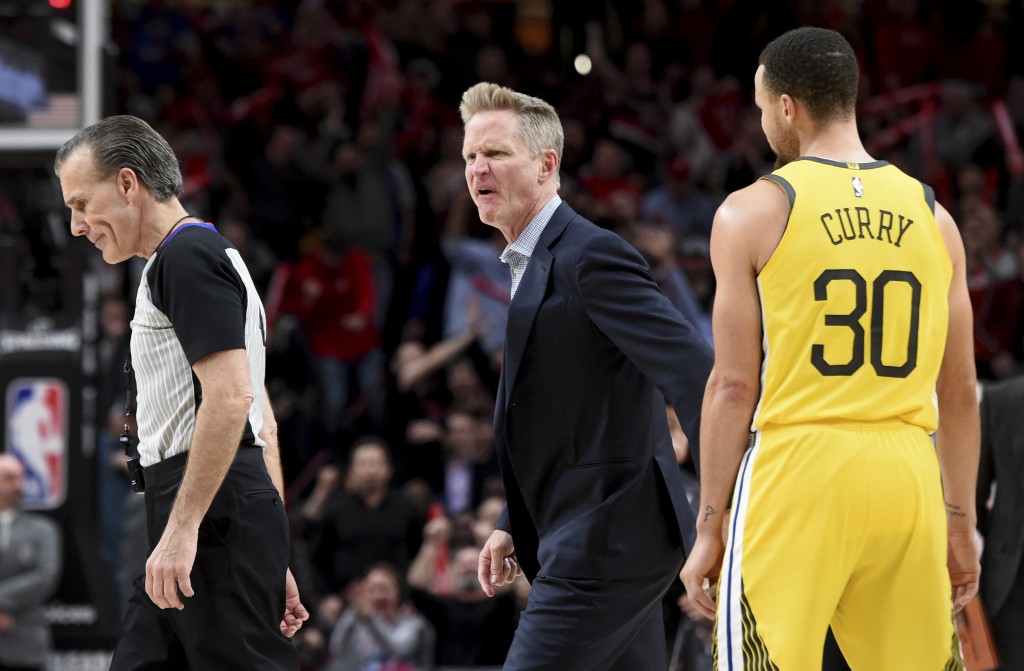 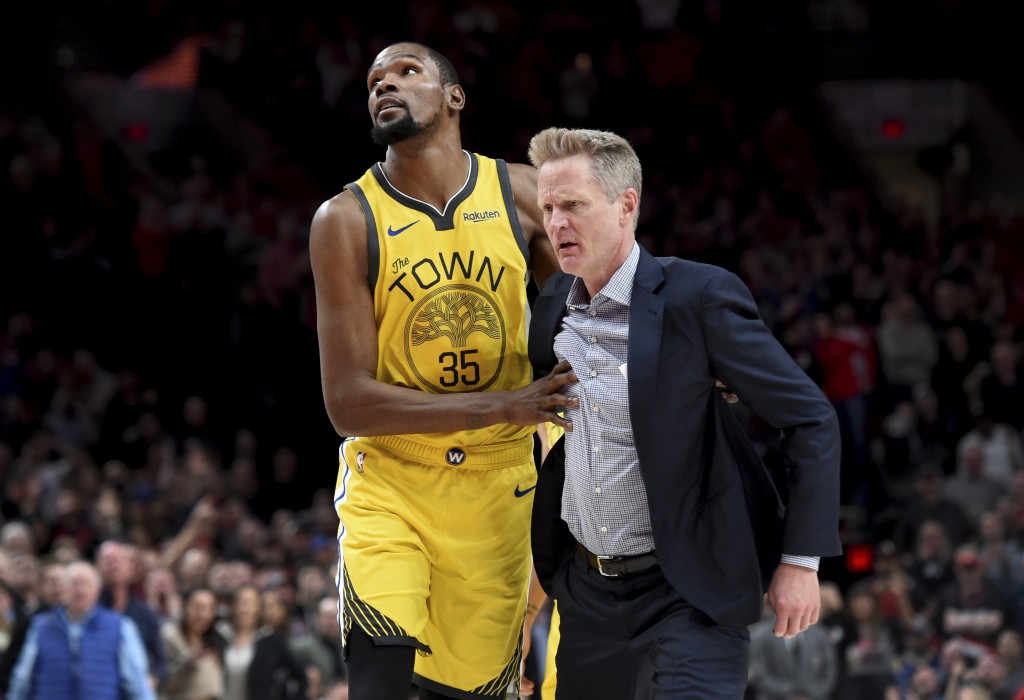 NEW YORK (AP) — Golden State coach Steve Kerr has been fined $25,000 by the NBA for verbally abusing and confronting a referee.

The penalty announced Thursday by Kiki VanDeWeghe, the NBA's executive vice president of basketball operations, was for Kerr's actions in a 127-107 loss at Portland on Wednesday night.

Kerr screamed at referee Ken Mauer, smashed his clipboard , and was given two technical fouls and ejected with 3:54 remaining in the fourth quarter.