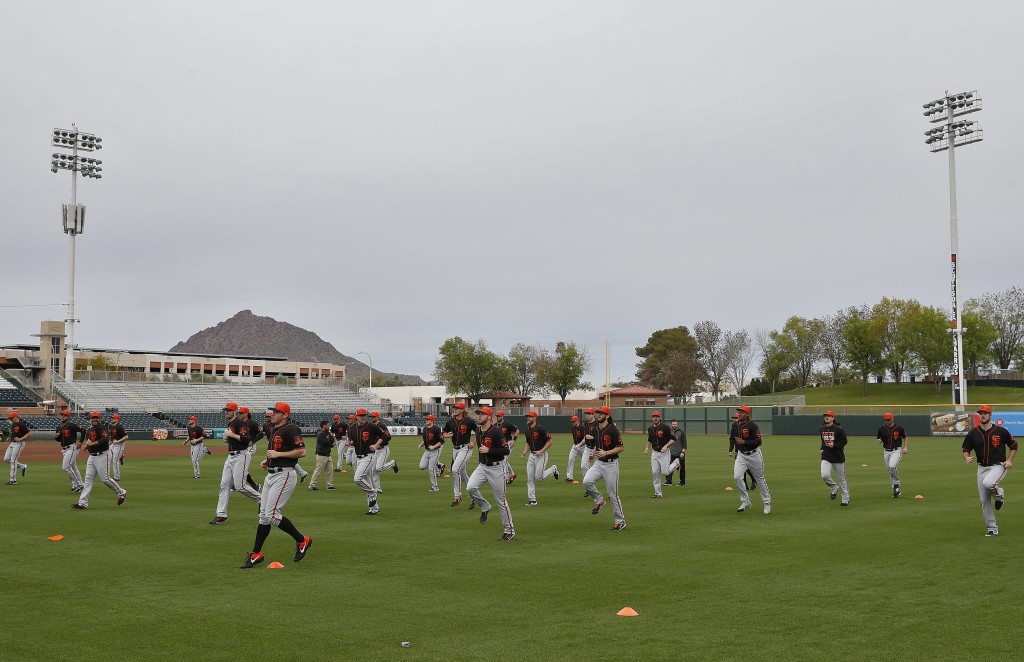 SCOTTSDALE, Ariz. (AP) — For nearly three years, Johnny Cueto pitched with a stabbing pain in his right elbow. He won 18 games for San Francisco in 2016 and started the All-Star game that year dealing with the discomfort.

How he did so, Cueto isn't sure. And the animated right-hander can now envision how great it will be once he's back on the mound and pain-free following Tommy John reconstructive surgery.

"It was a lot for me to deal with. It was almost three years with pain in the elbow, and strong pain," said Cueto, who turns 33 on Friday. "It's not easy. Last year I started well, but it's a mental pain, it's a pain that felt like someone stuck a knife in my elbow and stabbed it over and over again. It was unbearable and I don't know how I was able to pitch and block the pain."

Cueto arrived in Arizona a couple of days behind the Giants pitchers and catchers because of personal reasons and had his physical Thursday. He is scheduled to throw next week for the first time since his August operation.

The Giants' rotation was plagued by injuries for a second straight year in 2018 with Cueto, ace lefty Madison Bumgarner and right-hander Jeff Samardzija all missing significant time.

Cueto is down about 20 pounds to 226 thanks to regular meals of salad and fish. Yet he expects to be back at 230 or more once he's ready to return — hopefully before season's end around Sept. 1, to which Cueto noted, "If that's the case I'll be very happy."

"We would love to see Johnny start. That means we probably are sitting in a pretty good position," manager Bruce Bochy said Thursday following a successful workout after one rainstorm, before it began pouring again. "But we're not going to do something that doesn't make sense with our medical staff and where he's at. Because you get through that then you have another offseason to really heal up. We'll see where he's at when we get to August."

Cueto acknowledged he will let the experts guide him when it comes to a timeline and taking each important step along the way to come back.

"Right now I feel like I'm ready but I know I'm not," he said. "My frustration was at the beginning when I couldn't move the arm to take a shower, but right now I feel normal and like any other pitcher. I know what my problem is. The only thing I have to do is take it easy and continue with my rehab."

He begins the fourth season of a $130 million, six-year contract he signed before the 2016 season.

Cueto did his offseason rehab back home in the Dominican Republic, where one of his half-dozen horses, Popeye, just died.

He made 25 starts in 2017 then just nine with 53 innings last year before surgery. On Friday, he plans to throw a plastic ball against a trampoline-like screen.

When appropriate, he will embrace the chance to mentor the young pitchers, particularly those from Latin America who look up to Cueto's example in training and his accomplishments on the mound.

"I feel really good. I'm working out and conditioning," Cueto said. "I'm working hard to return strong to help my team. ... I just want to make sure that my rehab is coming along well, that's my main concern right now."