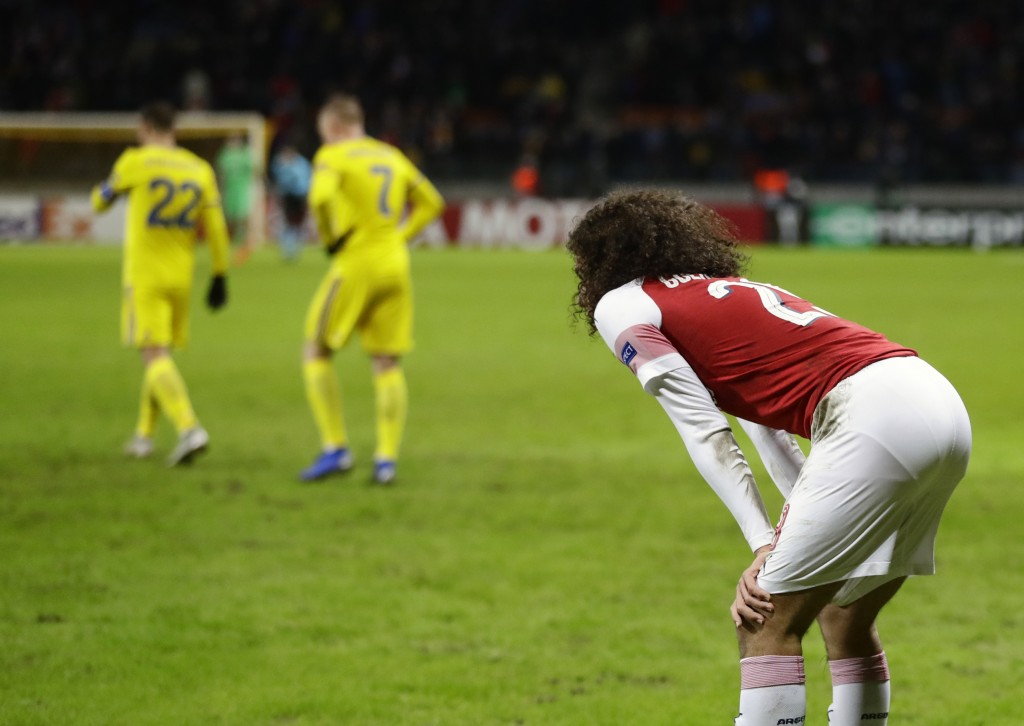 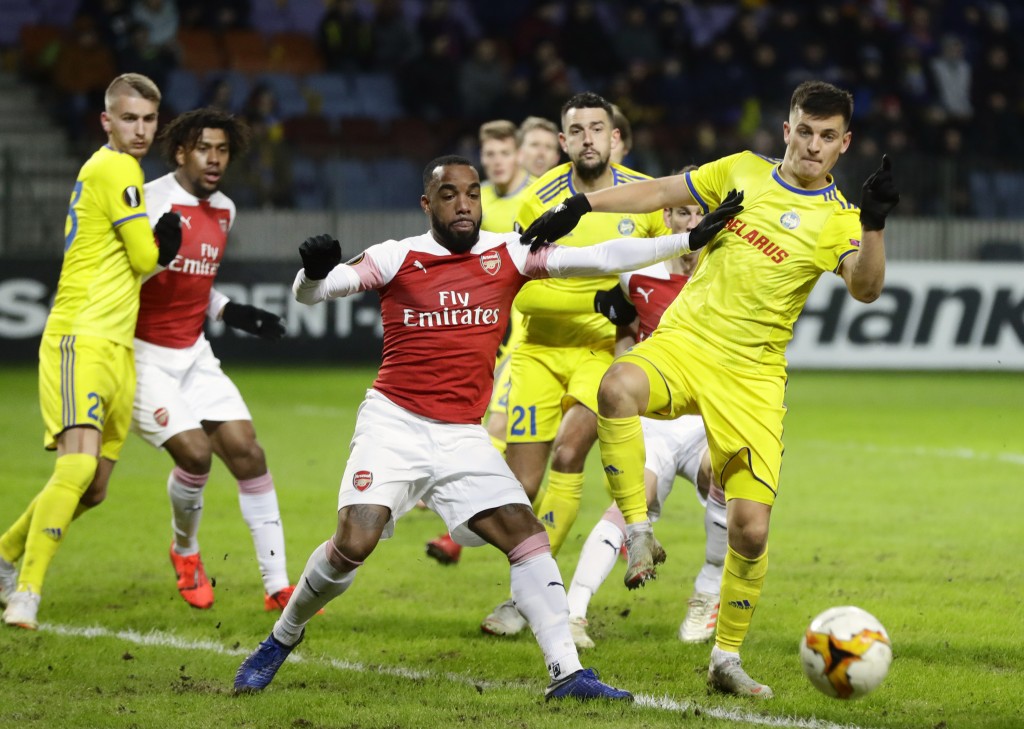 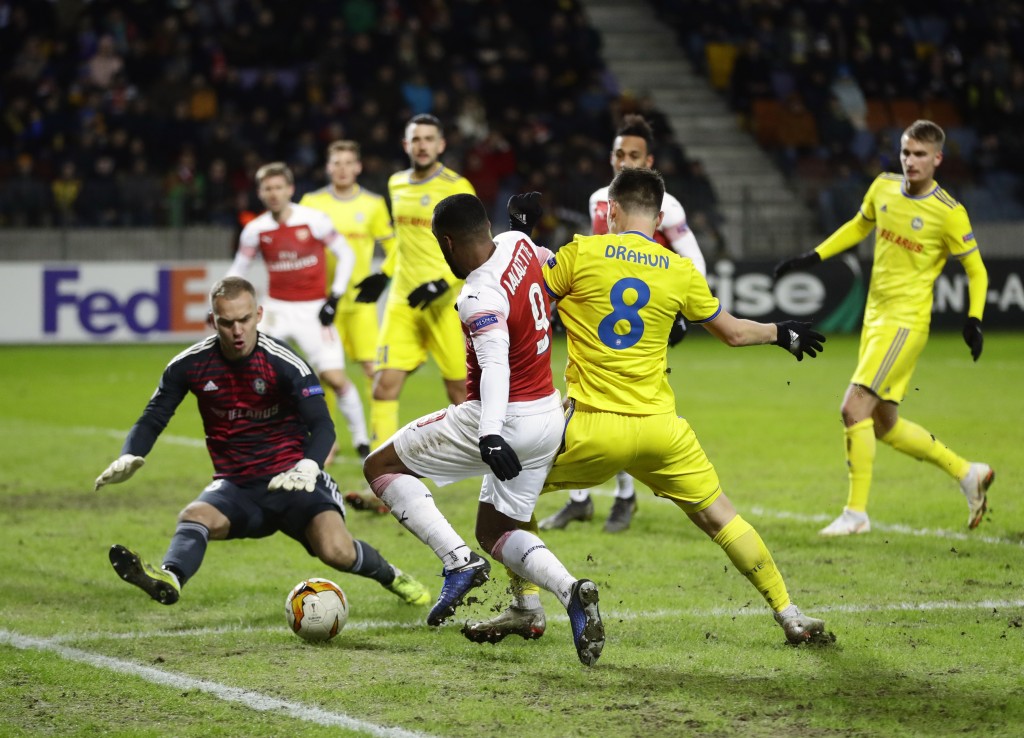 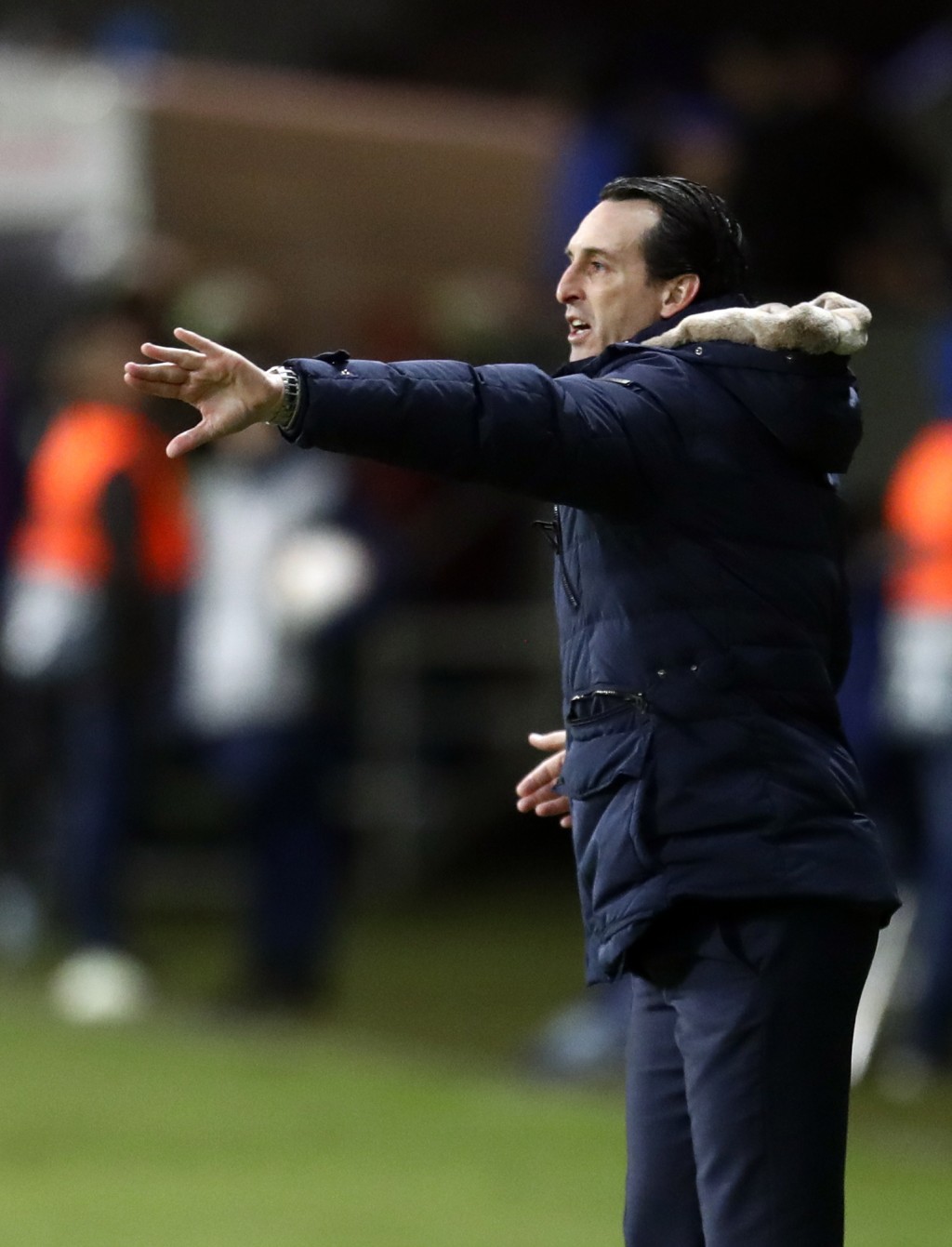 Arsenal slumped to a 1-0 defeat at BATE Borisov in the first leg of their Europa League round of 32 tie on Thursday.

Alexandre Lacazette's late sending off completed an evening to forget for the Premier League side in Belarus. The French forward was shown a straight red card in the 85th minute for lashing back in frustration at Aleksandar Filipovic with his elbow, catching the Serbian defender in the face. Lacazette will miss the second leg in London on Feb. 21.

Arsenal dominated possession but was stunned just before the break when Stanislav Dragun got his head to Borisov captain Igor Stasevich's dangerous free kick. Dragun sent the ball looping over the helpless Petr Cech and inside the far post.

Arsenal had started well but failed to make the most of early chances. Lacazette headed over from close range, while Henrikh Mkhitaryan missed another good opportunity.

Diego Lainez scored a last-minute equalizer for Real Betis to grab a 3-3 draw at Rennes to stay unbeaten in Europe this season.

Also, Benfica won at Galatasaray 2-1, Olympiakos drew with Dynamo Kyiv 2-2, and there were 0-0 draws between Krasnodar and Bayer Leverkusen, and Slavia Prague and Genk.

Chelsea faced Malmo in Sweden later, when Celtic was hosting Valencia and Napoli playing in Zurich, among other games.