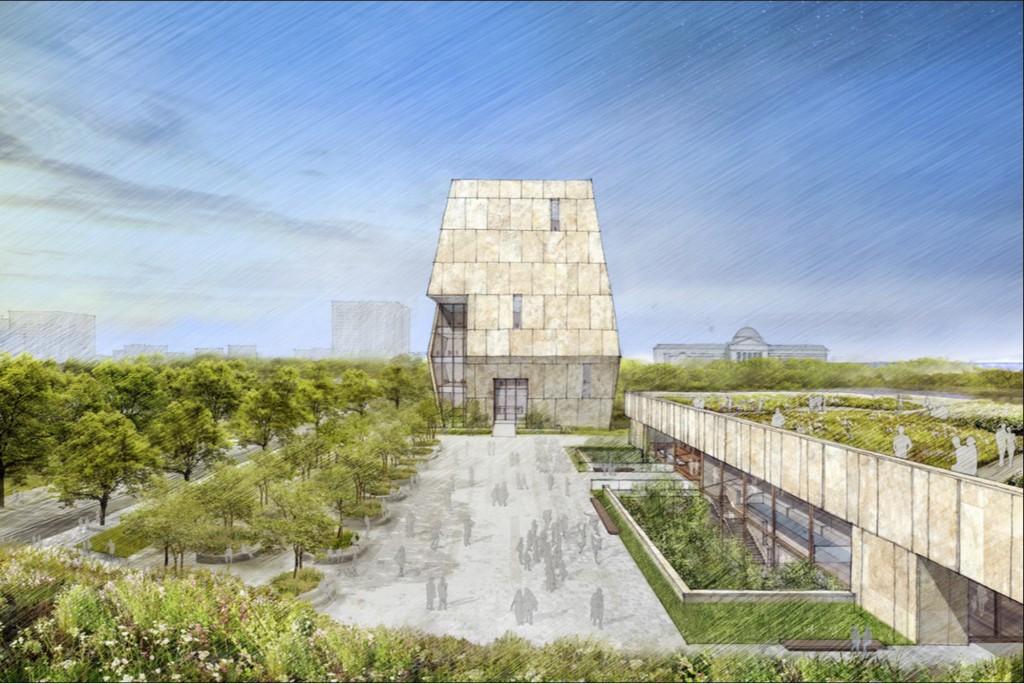 CHICAGO (AP) — The Latest on the request by the city of Chicago for a judge to dismiss a lawsuit seeking to stop the Obama Presidential Center from being built in a public park (all times local):

A federal judge says he'll issue a ruling Tuesday on a city of Chicago request to toss a lawsuit aimed at stopping construction of Barack Obama's $500 million presidential center in a lakeside park.

Oral arguments focused on questions about whether Protect Our Parks has proper standing to sue. Blakey asked that it show it has members who are local taxpayers.

Obama picked Chicago for the center over other proposals, including from Hawaii.

One spectator at Thursday's hearing, Erin Adams, hopes the suit is dismissed. She fears the Obamas will get frustrated by the litigation and build the center elsewhere.

Odds still favor the eventual construction of Barack Obama's $500 million presidential museum and library in a public park along Chicago's lakeshore. But it's no longer a sure thing in the face of a formidable legal challenge by a parks-advocacy group.

A federal judge in Chicago hears arguments Thursday on a city motion to toss the group's lawsuit that argues the project runs afoul of laws barring development in parks hugging Lake Michigan.

A ruling for Protect Our Parks could signal the Obama Presidential Center is in real trouble.

Recent Chicago history illustrates such suits can kill blockbuster projects, even ones proposed by VIPs with enormous influence.

Three years ago, a lawsuit brought by Friends of the Park helped scuttle a $400 million plan by "Star Wars" creator George Lucas for a museum on Chicago's lakefront. It's now under construction in Los Angeles.