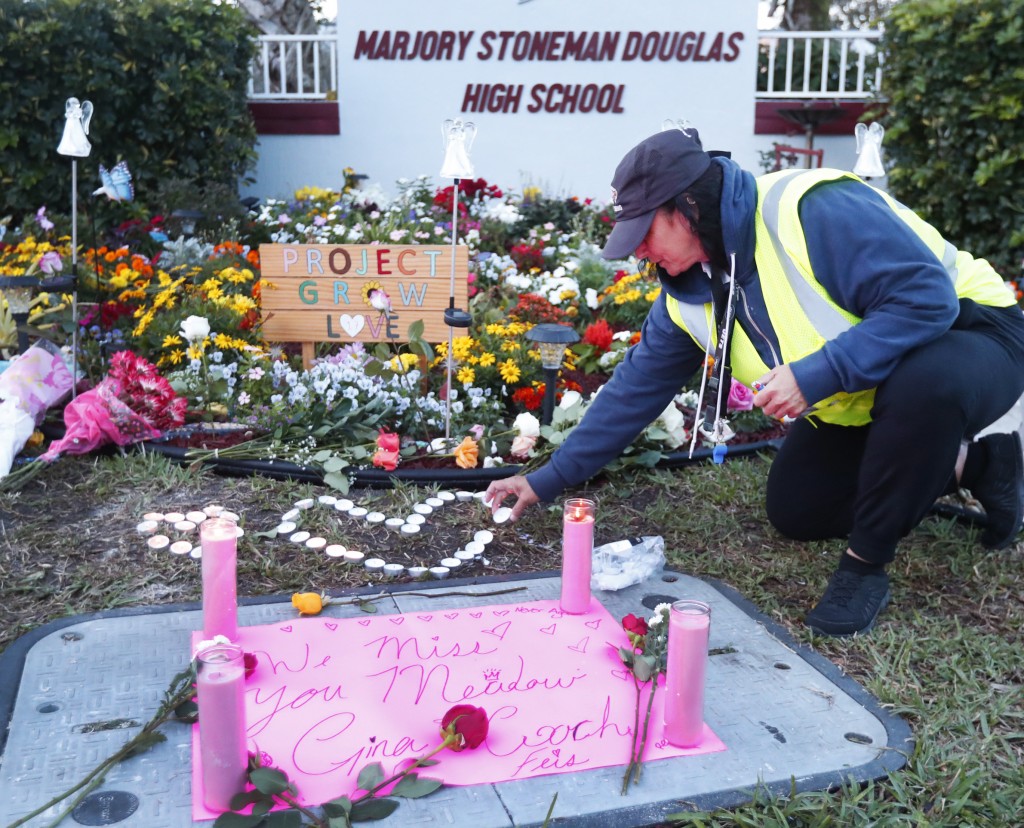 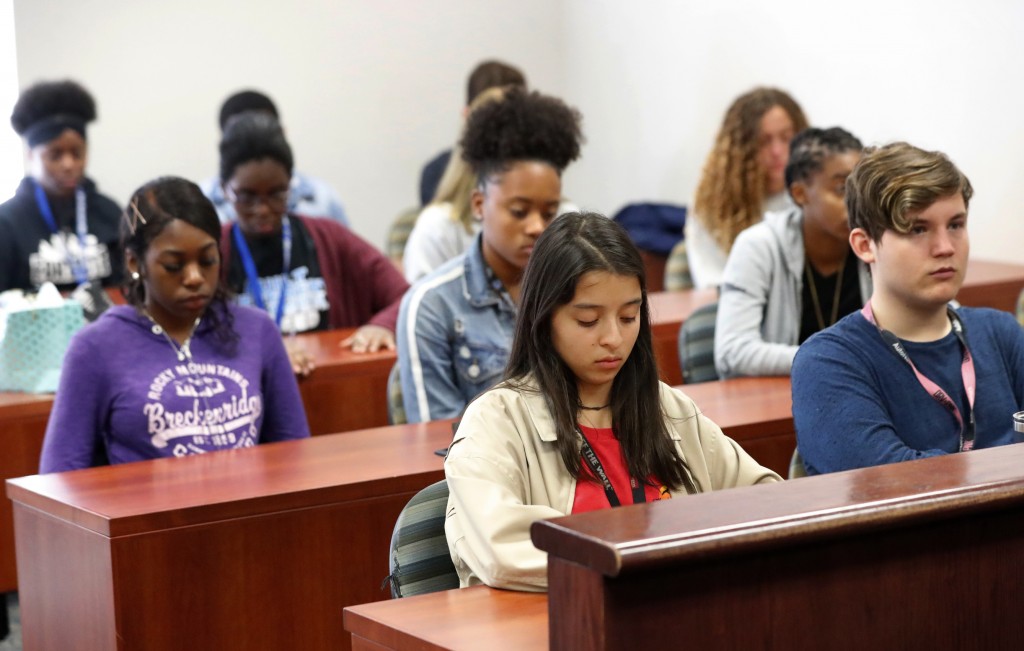 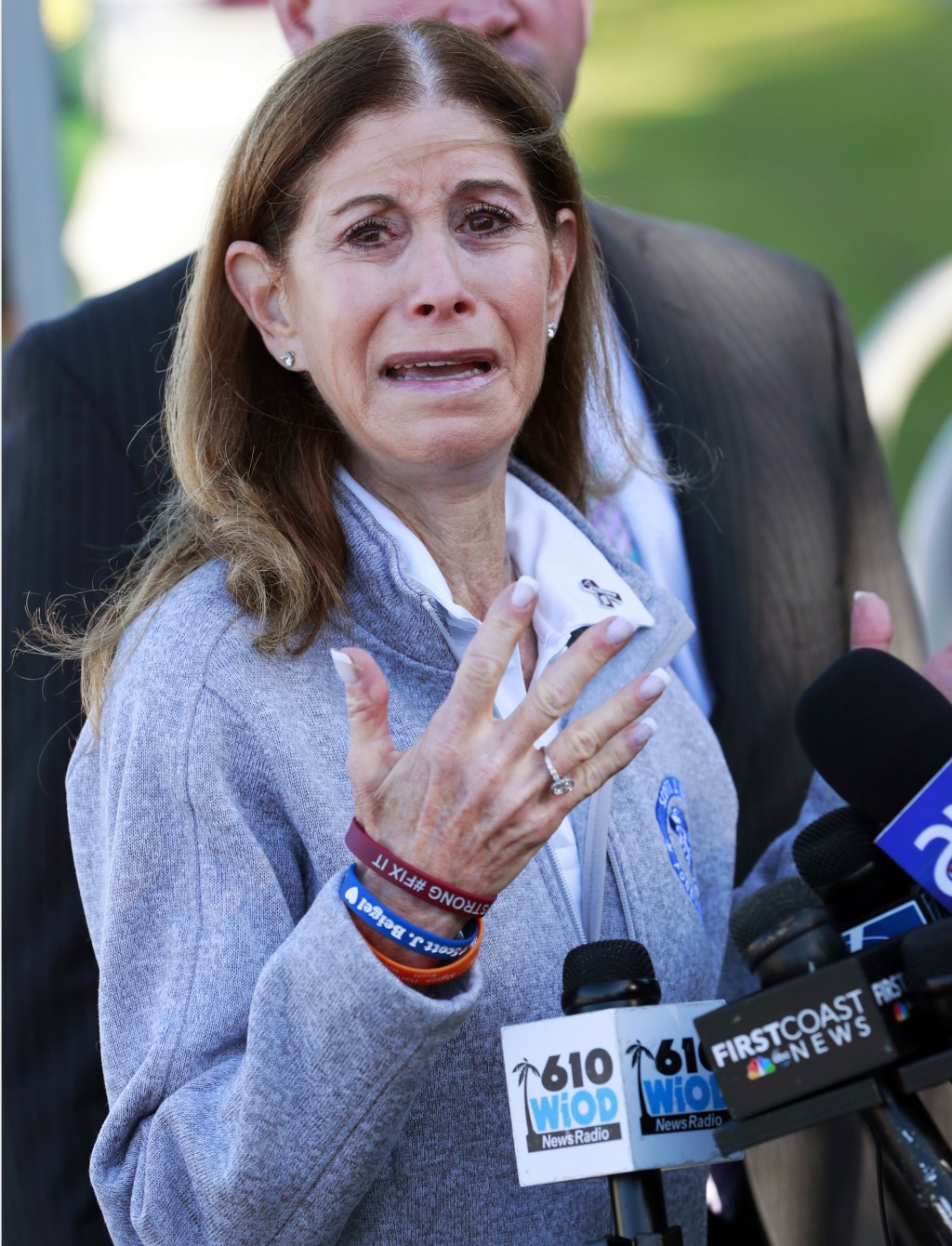 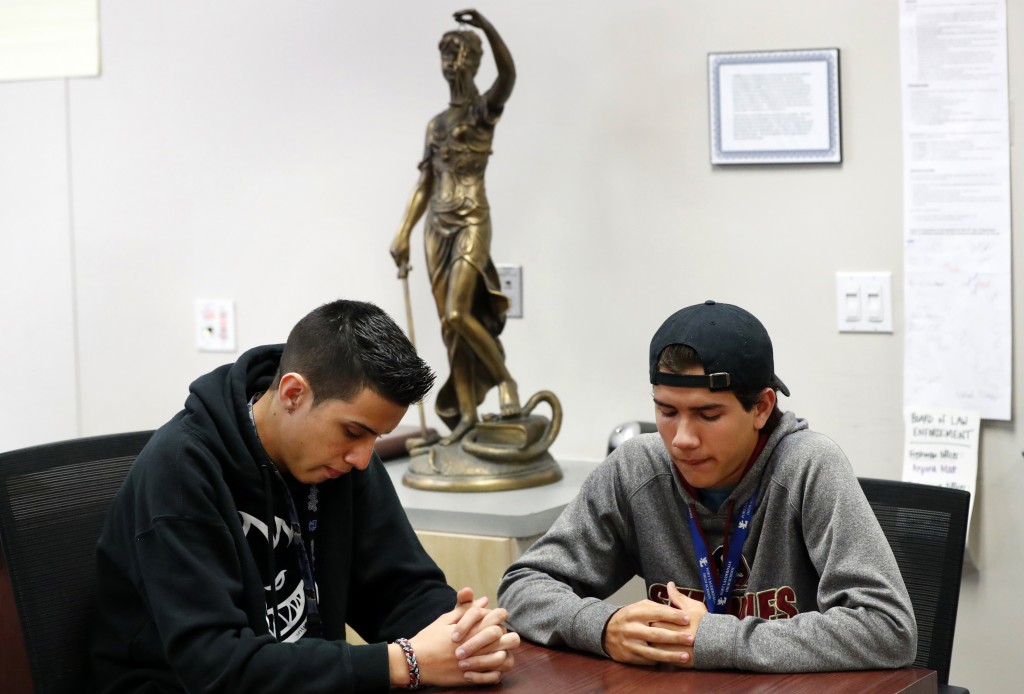 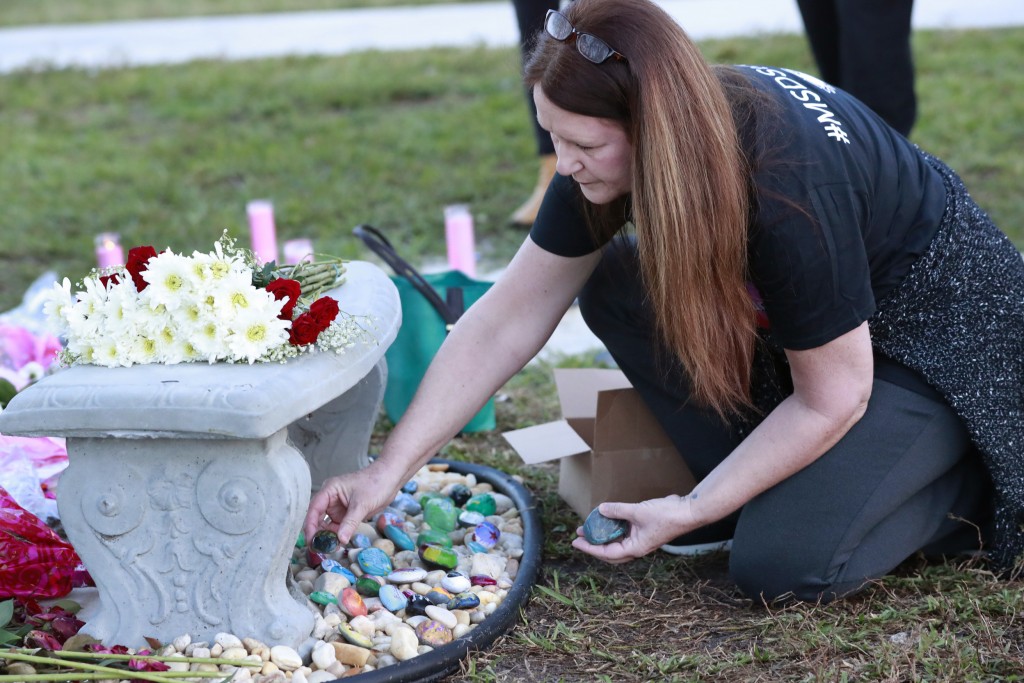 PARKLAND, Fla. (AP) — The Latest on the anniversary of the shooting at Marjory Stoneman Douglas High School (all times local):

President Donald Trump says he and first lady Melania Trump are praying for those affected by the school shooting in Parkland, Florida, that left 17 people dead one year ago Thursday.

In a statement Thursday, Trump says that after the tragedy, he held a school violence discussion at the White House and created the Federal Commission on School Safety.

A student journalism project has concluded that at least 1,149 children and teenagers died from a shooting in the year since the massacre at Marjory Stoneman Douglas High School in Parkland, Florida.

Around 200 student reporters from across the country worked to document the stories of the children up to 18 who died from gun violence in the year since 17 died in the Florida mass shooting.

The "Since Parkland" report released Thursday on the anniversary of the massacre says children died in school shootings, domestic violence cases, drug homicides and by stray bullets.

The project was supported by The Trace, a news organization dedicated to gun violence reporting; the Miami Herald and other McClatchy newspaper group publications; and the Gun Violence Archive, which keeps count of shootings.

Thousands of students and adults across Florida are holding a moment of silence to honor the 17 people killed one year ago at Marjory Stoneman Douglas High School in Parkland.

More than 1,000 Florida schools were pausing all work at 10:17 a.m. to remember the 14 students and three staff members slain last Valentine's Day in the deadliest high school shooting in the nation's history.

The shooting actually began about 2:20 p.m. School officials picked a different time because Stoneman Douglas students are being dismissed early to avoid being on campus at the time of the shooting. The decision to hold it at 10:17 was made in honor of the 17 slain.

Students in Broward County, where the shooting happened, are participating in service projects and other activities.

On the anniversary of the massacre at Florida's Marjory Stoneman Douglas High School, many students arrived on campus wearing headphones and the burgundy #MSDStrong T-shirts that have become an emblem of the tragedy.

Outside the Parkland school, angel stakes for each of the 17 victims border the school's landscaped sign. Fourteen-year-old freshman Nathan Habte said he wanted to attend school Thursday to show support and participate in activities.

Jogger Kara Cannizzaro stopped Thursday morning to pray at the memorial outside the school. She says "every single person of the community has been affected by this."

The communities and families terrorized by the Marjory Stoneman Douglas High School massacre will spend the anniversary quietly remembering the 14 students and three staff members who lost their lives.

Victims' families say they will mourn out of the public eye Thursday. Stoneman Douglas students will serve breakfast to first responders, and will be dismissed nearly three hours before the time the shooting began, about 2:20 p.m.

A ceremony honoring the victims will be held in a park near the school where students will also pack meals for needy children. A nondenominational, temporary temple will open in neighboring Coral Springs, where half the school's students live.

Visitors will be allowed to mourn and leave mementos at the temple. The sanctuary will remain open until May, when it will be burned in a purification ceremony.

Find all The Associated Press' coverage marking one year since the shooting at Marjory Stoneman Douglas High School in Parkland, Florida, at https://apnews.com/ParklandFloridaschoolshooting