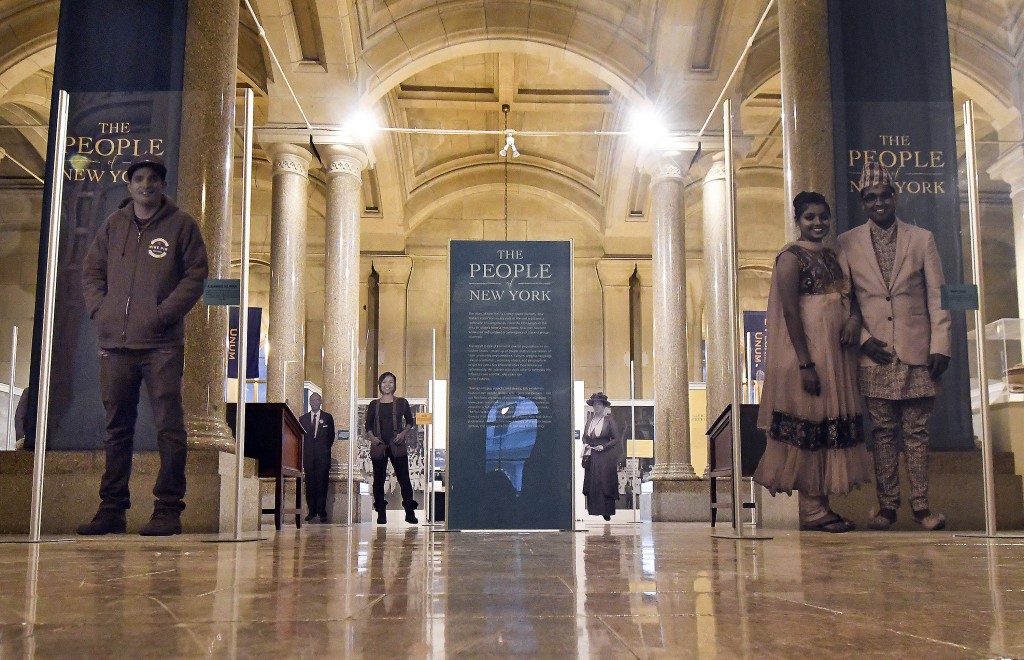 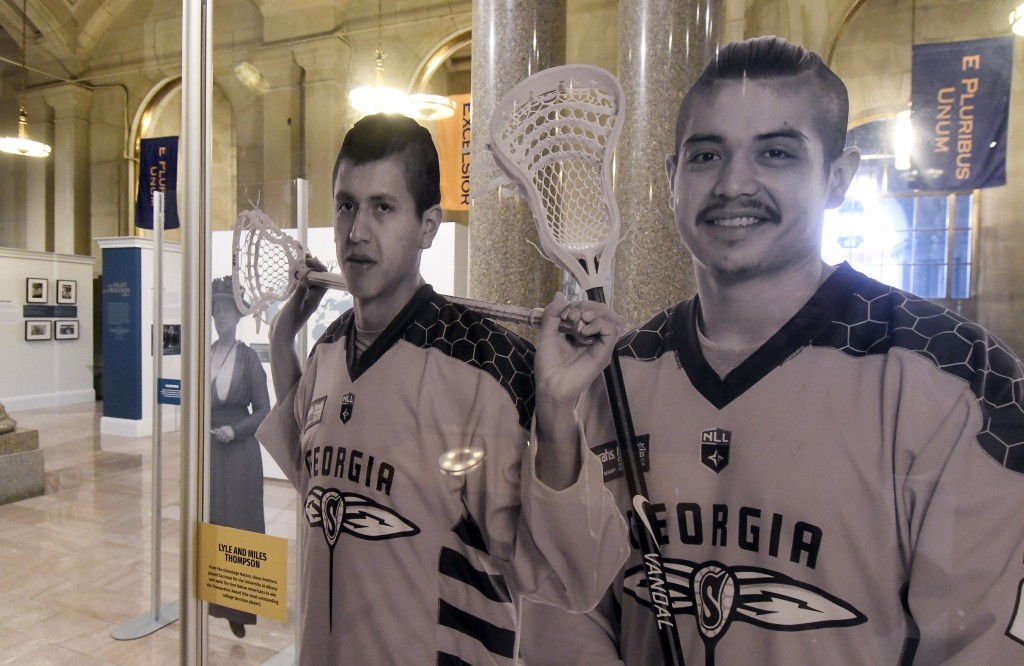 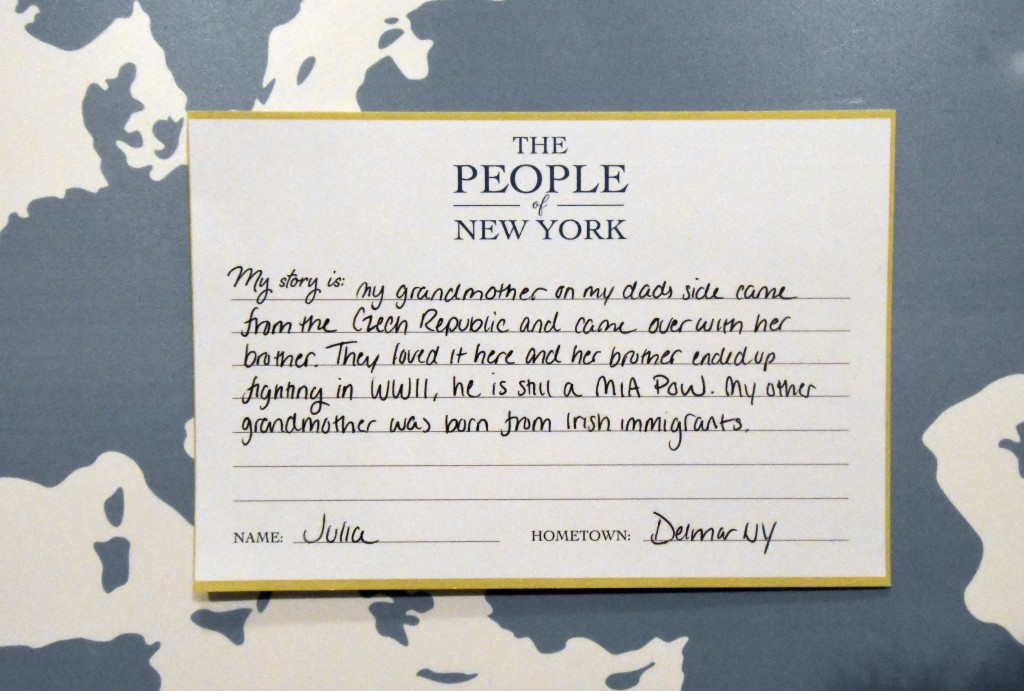 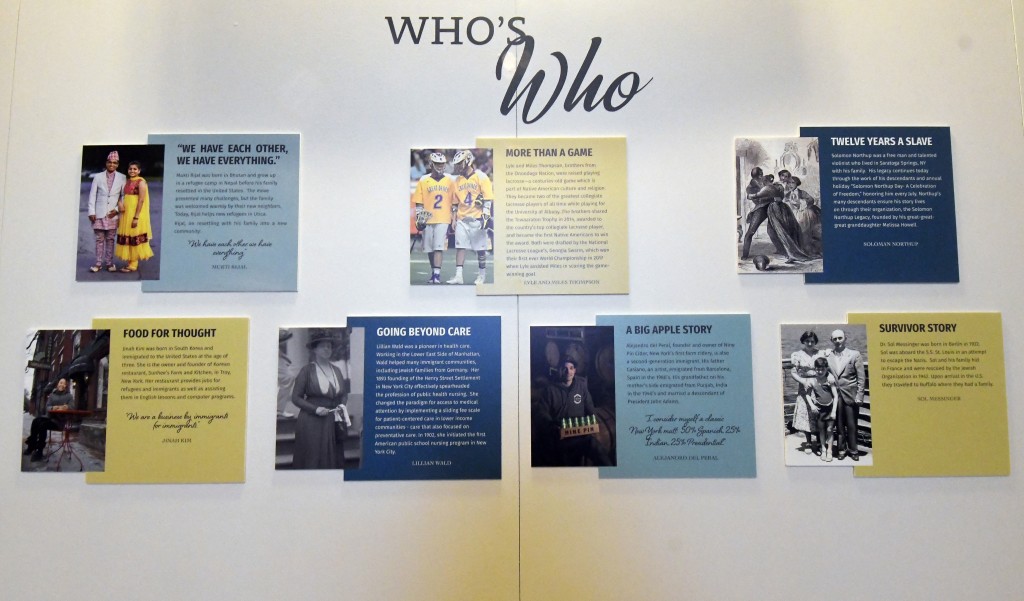 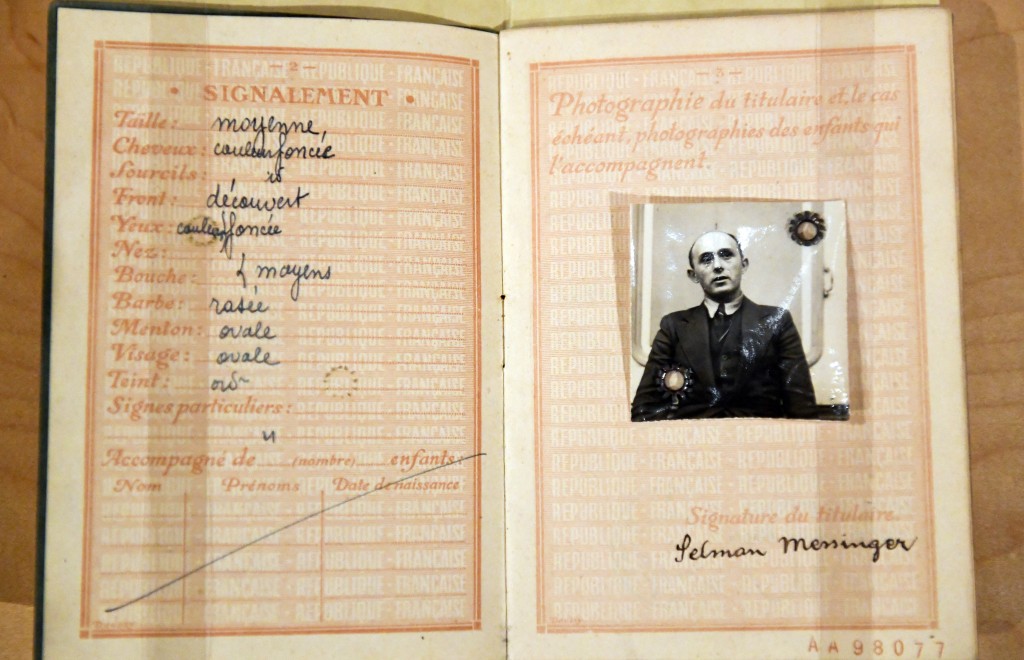 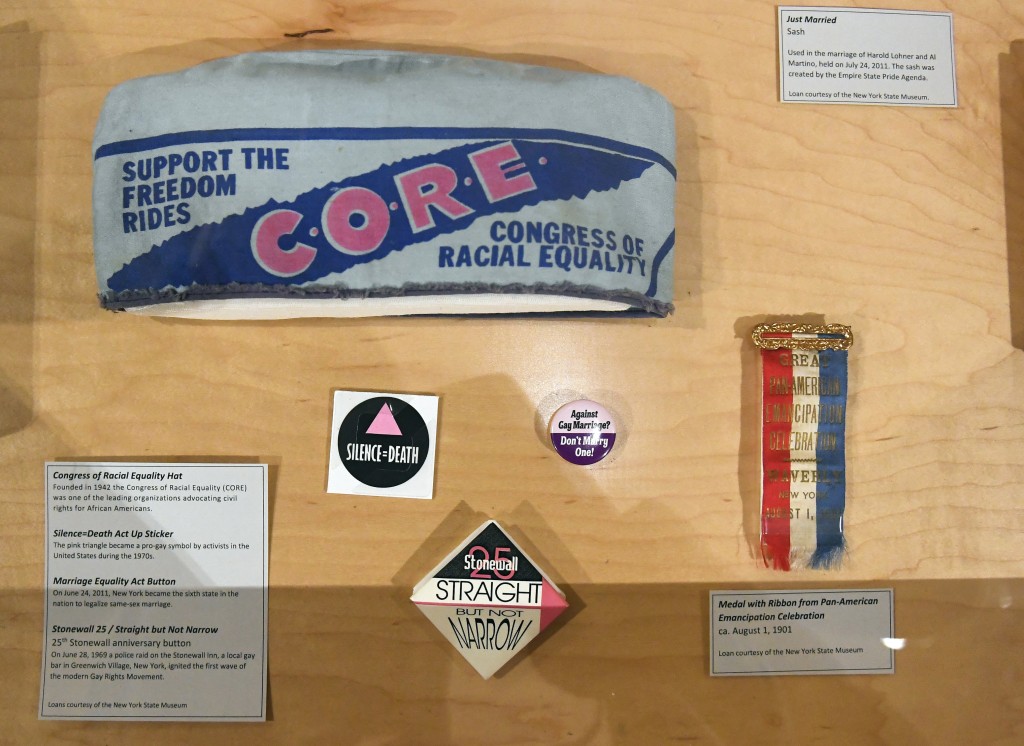 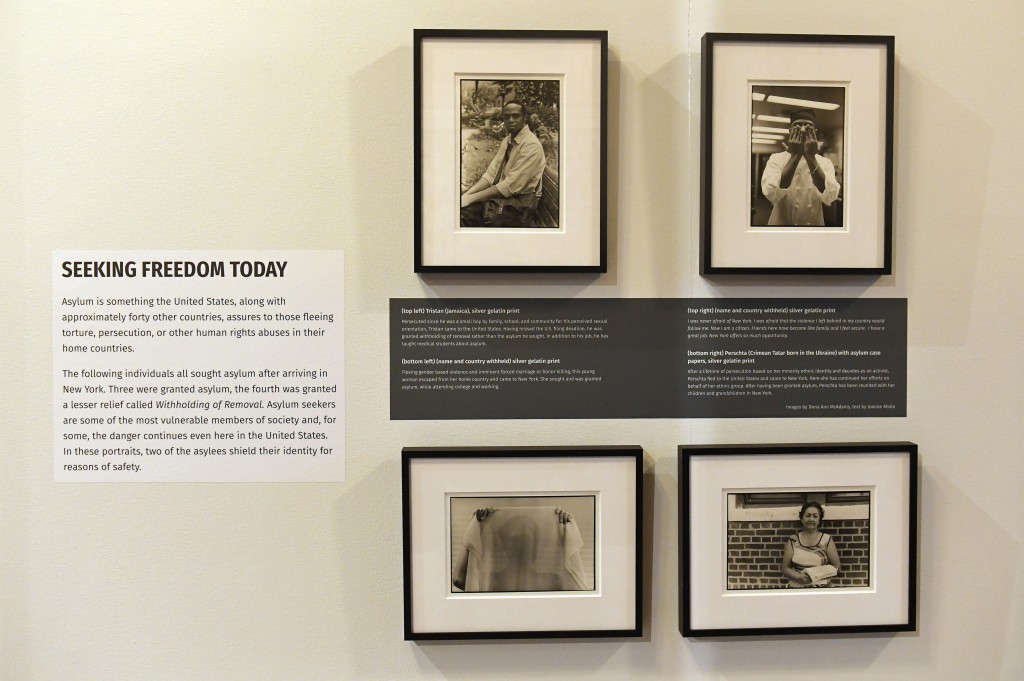 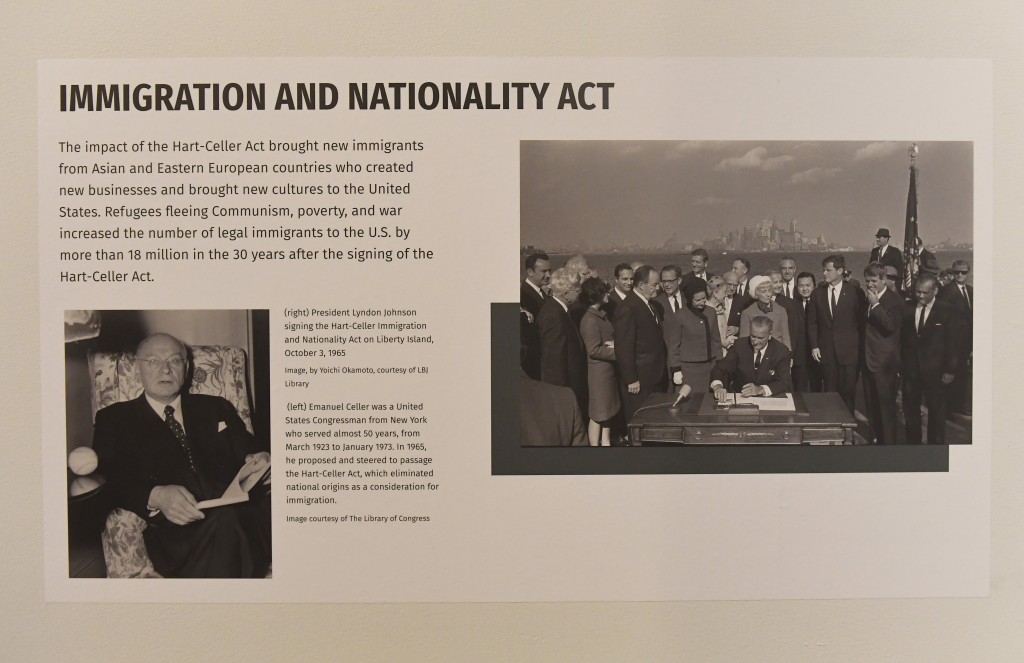 ALBANY, N.Y. (AP) — Four years after Englishman Henry Hudson and his Dutch crew sailed the ship Half Moon up a North American river that would later bear his name, a Portuguese-African sailor born in the Caribbean arrived at what is now Manhattan and traded with Native Americans.

It was 1613, and the place that would eventually be known as New York was on its way to becoming a melting pot of races, cultures and religions. Juan Rodriguez — or Jan Rodrigues, as he was known to the Dutch — was believed to be the first non-native settler of what is now New York City. His story is part of a new exhibit at the state Capitol on 400-plus years of immigration and assimilation in New York state.

Located in the East Gallery of the Capitol's second floor, the yearlong "People of New York" exhibit features six sections that explore themes illustrating how diversity began in New York and continues today, from the American Indian tribes who first populated the region thousands of years ago to more recent arrivals seeking asylum from oppressive regimes or violence in their homelands.

The exhibit opens at a time when the Trump administration "continues to fan the flames of division," Gov. Andrew Cuomo said in a statement. The Democrat added the exhibit honors the contributions of leaders from diverse backgrounds "who made an indelible mark on their communities and the entire state."

Upon entering the gallery, visitors are greeted by an array of life-sized black-and-white photographs of immigrants, descendants of immigrants and New Yorkers whose work aided societal changes. Among the real-life people depicted in the images mounted in acrylic frames are a Jewish family who settled in New York after fleeing Nazi Germany; Jinah Kim, a South Korean immigrant who owns a restaurant in Troy; and Alejandro del Peral, founder of Nine Pin Cider Works in Albany, whose father emigrated from Spain.

"We now employ more than 15 people from at least seven different countries, and we're all proud to call upstate New York our home," Kim said.

Accompanying displays include contemporary Native American artwork, photographs of historical figures and archival material detailing how the efforts of European settlers, enslaved and freed blacks, and newcomers from around the world turned a Dutch colony with a reputation for tolerance and free enterprise into what is today the Empire State.

The exhibit also spotlights New York's roles in various social justice movements — abolitionism, women's rights, civil rights — and how many of the key players either hailed from the state or accomplished noteworthy deeds while living here, including Harriet Tubman, Frederick Douglass and Jackie Robinson.

Other displays show how Ellis Island served as the nation's busiest immigration portal for decades and how legislation passed in Albany and Washington led the way for a more inclusive society for everyone from newly arrived immigrants to members of the LGBTQ community.