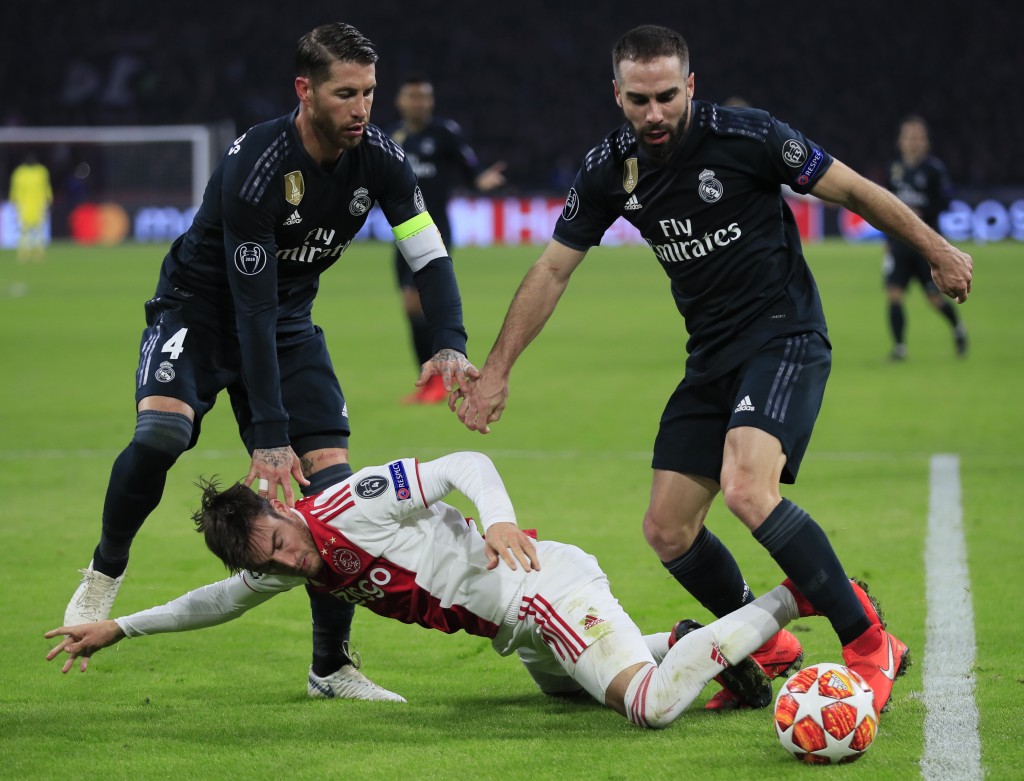 Ramos risks an additional one-game sanction — for a quarterfinals first-leg game — if UEFA decides his 90th-minute foul in a 2-1 win at Ajax on Wednesday was deliberately seeking a yellow card.

UEFA says "a disciplinary investigation has been initiated."

UEFA can impose an extra punishment on players who seek to control the timing of a one-game ban for accumulation of yellow cards to ensure it is served in a less important game.

After Madrid scored an 87th-minute winner in the round of 16 first-leg game, Ramos made a hard tackle on Ajax's Kasper Dolberg.

His third yellow card of the competition triggers a ban for the second leg where defending champion Madrid is heavily favored to advance. Ramos would then be eligible for the quarterfinals with a clean disciplinary record.

Ramos reportedly acknowledged his intentions in a post-game interview, then retracted it in a post on Twitter .

UEFA introduced the disciplinary rule after previous incidents involving Madrid players, including Ramos, and used it to suspend Dani Carvajal for both legs of the round of 16 last season.