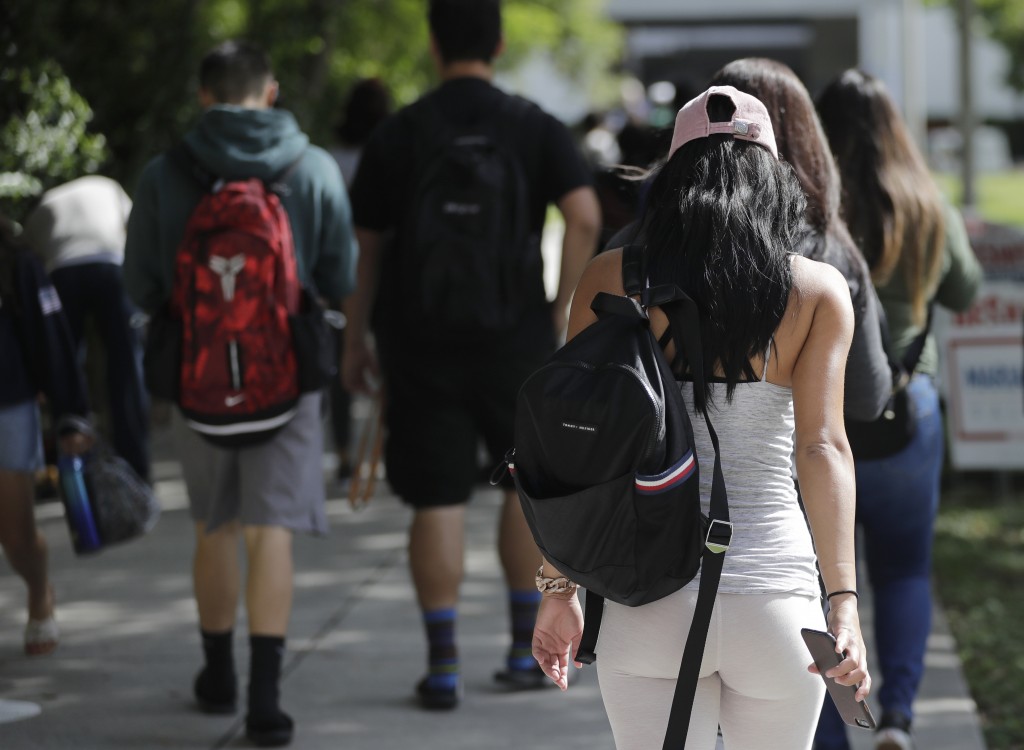 NEW YORK (AP) — The nine companies and organizations tasked with servicing the accounts of the nation's 30 million student loan borrowers repeatedly failed to do their jobs properly over a period of years and their regulator neglected to hold them responsible, a new report finds.

The report released Thursday by the Department of Education's independent inspector general's office shows some borrowers weren't getting the guidance and protection they needed as they sought the best plan for paying off their student loans. The nation's student loan debt now stands at $1.5 trillion.

The Inspector General's report focused on the operations of Federal Student Aid, a part of the Department of Education that oversees student loans, from January 2015 to September 2017. FSA also oversees student loan servicers, making sure they are in compliance with their contracts with the federal government.

The report found, in many cases, FSA was not holding student loan servicers accountable when they failed to follow the rules. For example, the report says FSA found a problem at a student loan servicer six out of 10 times the regulator did a formal observation, with some servicers having the same issue repeatedly. Instead of ordering changes at the servicers, FSA often let the company off with a slap on the wrist.

"In most cases ... FSA did not take actions stronger than correcting the accounts of those affected (and) rarely did the FSA require the servicer to conduct a full file review," the report said. "FSA also rarely penalizes servicers for recurring noncompliance."

In its response to the inspector general, the FSA disagreed with the report's conclusions but agreed to follow its recommendations for improving oversight.

The federal government does not manage student loans on its own. FSA outsources student loan accounts to a handful of private companies and state-run loan authorities, with Navient, Great Lakes Educational Loan Services, Nelnet Servicing and the Pennsylvania Higher Education Assistance Agency being the largest. The companies are paid a monthly fee per account and are responsible for making sure borrowers pay on time, and the borrower is in the correct repayment plan.

In its report, the inspector general highlighted two recurring problems in particular: Loan servicer representatives failed to inform borrowers of all their repayment options and they miscalculated a borrower's monthly payments under certain types of repayment plans.

Under its contracts with the servicers, FSA can penalize them in cases of noncompliance. But investigators found FSA only required servicers to return $181,000 in revenue for failing to properly handle student loans. In its response to the Inspector General, FSA said the financial penalties have grown to $2 million since September 2017. The Inspector General noted that amount is still a fraction of the $1.7 billion FSA paid student loan servicing companies between 2018 and 2019 for managing loan accounts.

One servicer, Navient, has been sued by the Consumer Financial Protection Bureau and five states on allegations that the company failed to put borrowers into the correct repayment plans. But the report found that all nine companies monitored by FSA failed to some degree to properly advise borrowers.

Some servicers were worse than others. The Pennsylvania Higher Education Assistance Authority, which is known better as FedLoan Servicing, was given failure ratings on 10.6 percent of its calls that FSA monitored in April 2017. The next month was no better, with FSA given a failure rating to 8.6 percent of PHEAA's monitored calls.

Ken Sweet covers banks, student loans and other financial issues for The Associated Press. Follow him on Twitter at @kensweet.