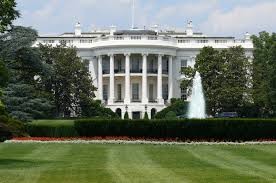 A Taiwanese-American has been selected for a tour of duty at a United States government agency, as part of a program that recruits innovators to help tackle technology challenges within the government.

Under the Presidential Innovation Fellows (PIF) initiative, Patrick Lin (林博智) will be working at the U.S. Department of Transportation on its Intelligent Transportation Portfolio program, according to the managing agency.

"Most recently, Patrick led the autonomous driving team for Ford Motor Company in Asia where he pioneered innovative thinking for transportation ecosystems and smart cities (Beijing 2.0)," according to an online post by the U.S. General Services Administration (GSA), which heads the PIF program.

Lin, one of the 17 technologists and entrepreneurs selected to participate in this year's PIF program, is described on the GSA blogsite as an entrepreneur, strategist, and innovative problem solver.

At Ford, Lin managed corporate strategy teams and the creation of Ford Smart Mobility in the Asia region, the GSA said. He also successfully led multidisciplinary teams in several industries such as travel and tourism, software development, and healthcare, the agency said.

The PIF program recruits startup founders and innovators to perform tours of duty at government agencies for a year, working with civil servants to address technology issues, according to the GSA.

Lin is the son of renowned Taiwanese doctor Lin Fang-jen (林芳仁), who lived in the U.S. for 15 years before returning to Taiwan to help establish a radiotherapy department at Chang Gung Memorial Hospital (CGMH), according to local media reports.