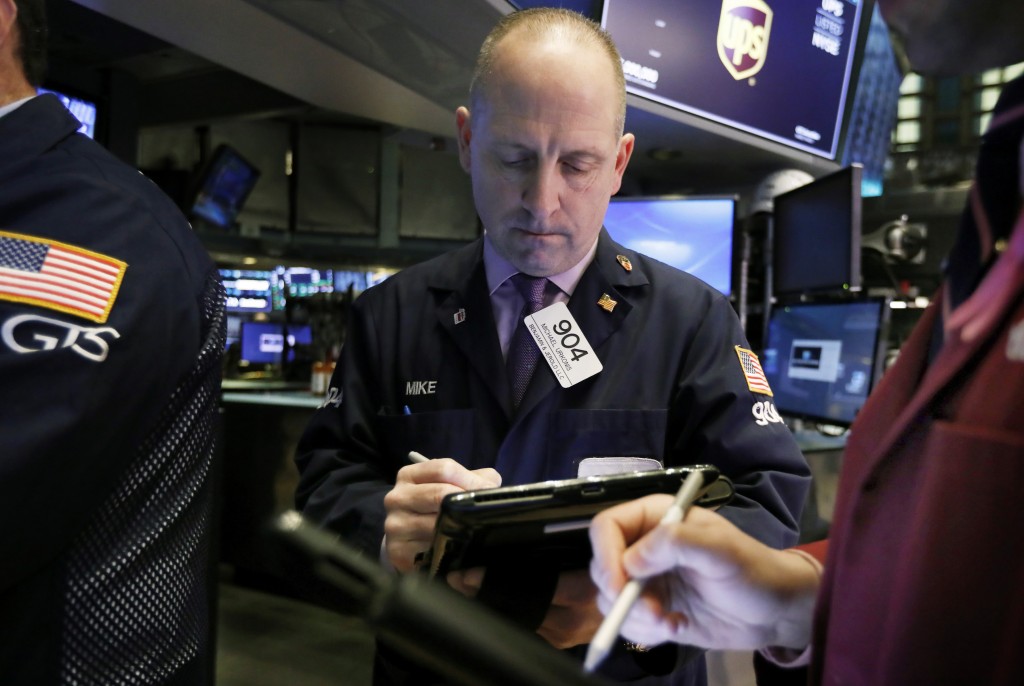 The surprise drop in December sales, the worst in the decade, sank a range of stocks, including Amazon. Makers of consumer products also took a beating after Coca-Cola said its sales could slow this year because of the strong dollar.

Markets had been moving higher this week as investors became optimistic that new talks could move the U.S. and China closer to a resolution of their trade fight.

The negotiations began Monday, but key figures were set to meet Thursday and Friday in an attempt to avoid an escalation of tariffs that have raised prices for companies and consumers.

The nations are trying to hash out a deal before March 2, when the U.S. has said it would go ahead with penalties on an additional $200 billion of Chinese goods. President Donald Trump has reportedly said he's willing to let that deadline slide if talks go well.

The terrible holiday sales report in the U.S. and ongoing trade woes come at a time that worries about other global economies are deepening. China's economy grew at its slowest pace in three decades last year and Europe is contending with a slowdown in growth. Germany, the biggest economy in Europe, recorded no growth in the fourth quarter, just barely avoiding a recession.

Bond prices rose sharply following the weak report on U.S. retail sales. The yield on the 10-year Treasury note fell to 2.66 percent. That yield is used to set rates on mortgages and other kinds of loans.

FLAT SODA: Coca-Cola plunged after the company gave investors a weak outlook as it grapples with rising costs. The beverage giant raised prices in 2018 to counter increasing import and transportation costs.

The company said currency fluctuations shaved 10 percent off its fourth quarter profit and it expects a stronger dollar hurt growth in 2019.

OVERSEAS: Stocks in Europe and Asia were mixed.