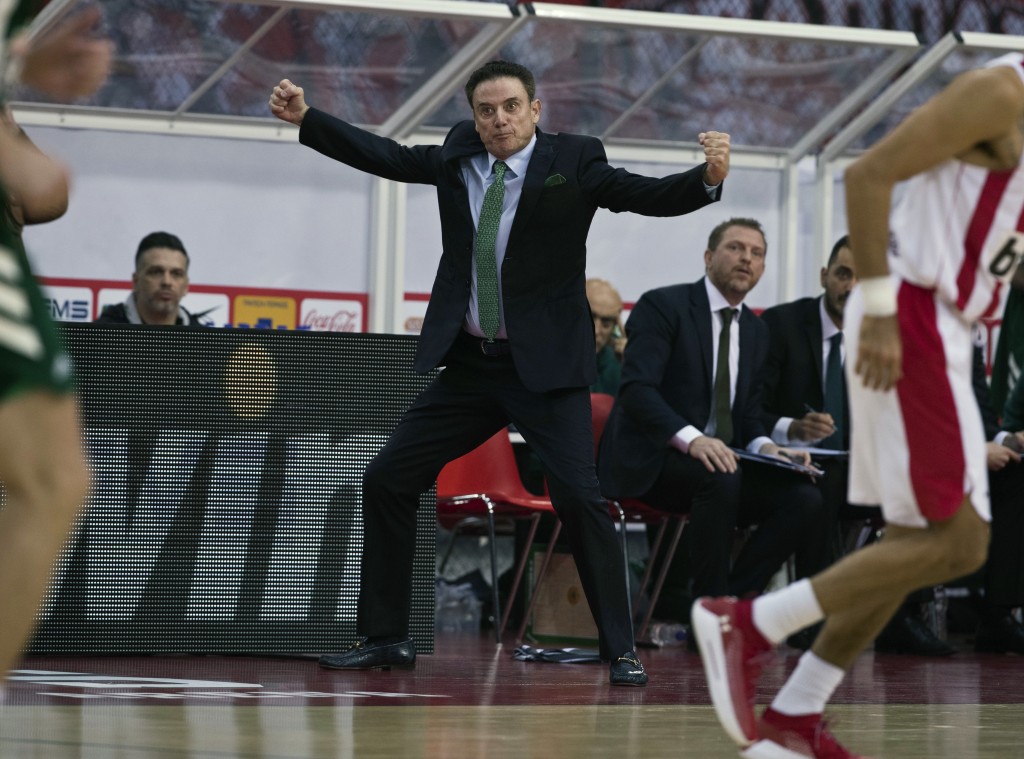 ATHENS, Greece (AP) — Rick Pitino is back in a final.

However, the Greek team he's coaching reached the final after their opponents walked out at halftime because of poor officiating.

Greece's government has condemned a walkout by the basketball club Olympiakos during the Greek Cup semifinal game on Wednesday. The club forfeited the game in Athens after leaving while trailing 40-25.

A spokesman for the team said he was "disgusted" with the quality of the refereeing.

Giorgos Vassiliadis, the deputy minister for sport, described the game as a "blow to the sport" but said he couldn't interfere with the referee selection process.

Pitino tweeted after the incident, "Well, in 42 years of coaching, I thought I had seen it all."

Pitino's Panathinaikos team will play in Sunday's final against PAOK in Crete.