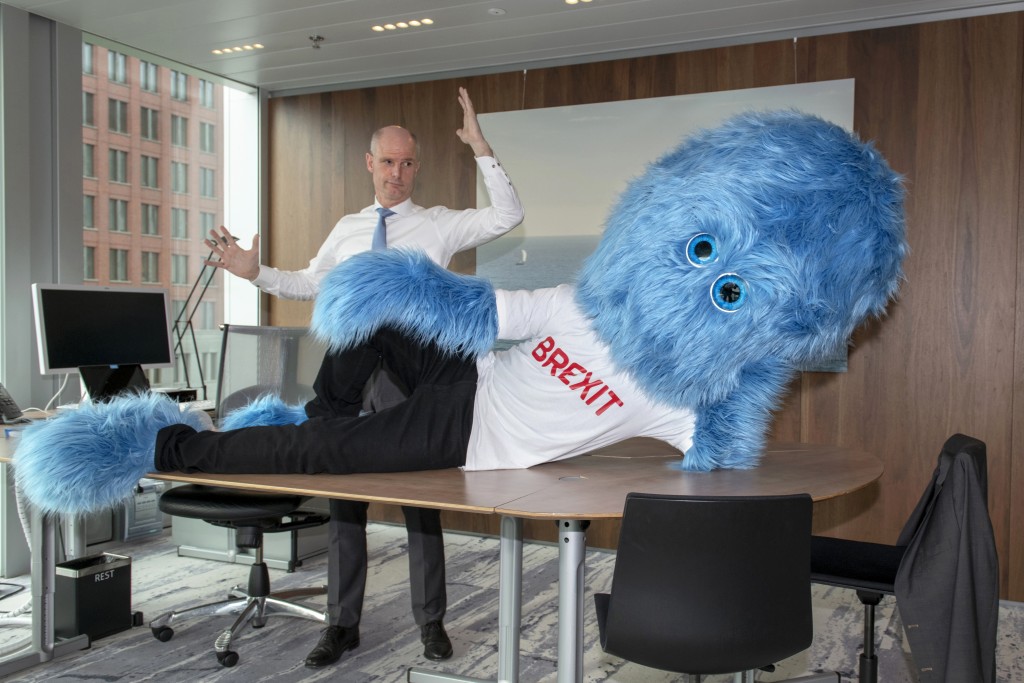 THE HAGUE, Netherlands (AP) — The Dutch government has enlisted a new ally in its campaign to prepare businesses for the impending departure of Britain from the European Union — a hairy blue Brexit monster.

The tweet has links to the government's online Brexit portal and a Brexit Impact Scan that helps inform businesses about the possible consequences when Britain leaves the European Union on March 29.

The monster has scared up plenty of action. A foreign ministry spokesman says 1,600 people have done the impact scan since the morning.