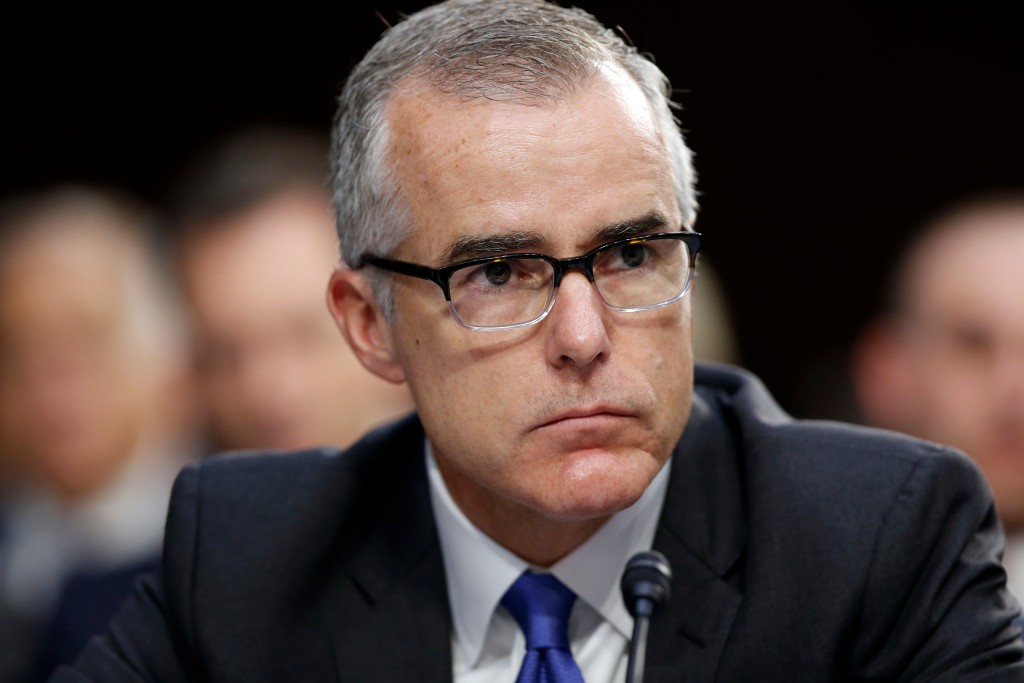 WASHINGTON (AP) — Former FBI Deputy Director Andrew McCabe says he wanted investigations into President Donald Trump's ties to Russia and possible obstruction of justice documented so that they could "not be closed or vanish in the night without a trace."

McCabe said in an interview with CBS' "60 Minutes" that he met with his investigators the day after his boss, James Comey, was fired in May 2017.

He says he wanted to "put the Russia case on absolutely solid ground, in an indelible fashion" to ensure that the case couldn't be closed without a record in the event he also was fired.

McCabe has a book out next week about his time in the FBI.