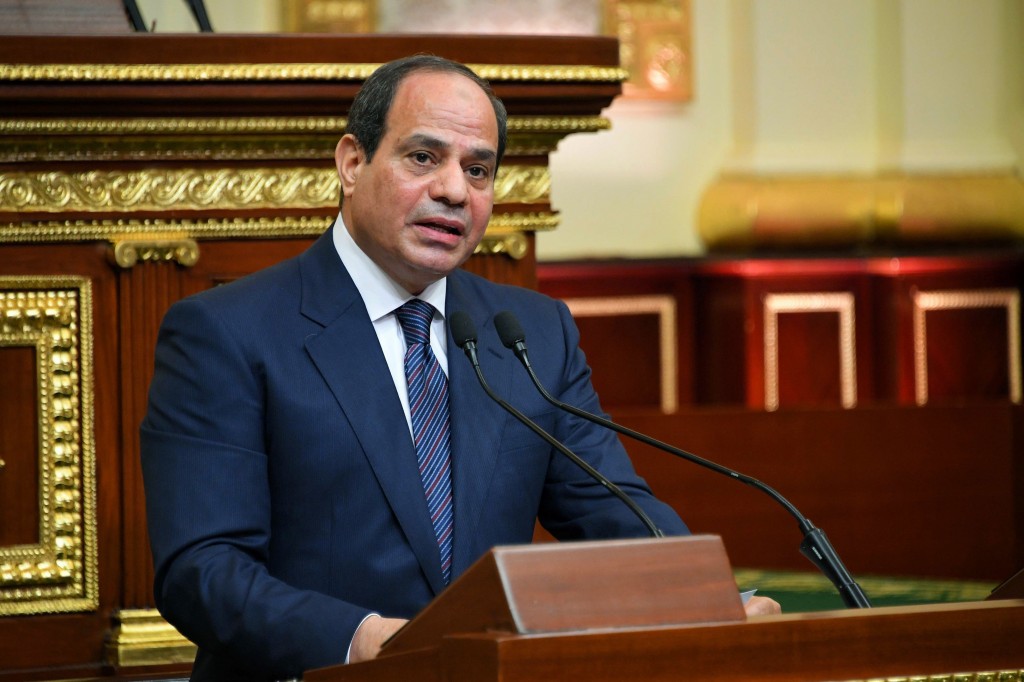 CAIRO (AP) — Egypt's Parliament on Thursday approved amendments to the constitution that could see President Abdel-Fattah el-Sissi stay in power until 2034.

The amendments, backed by 485 lawmakers in the 596-seat chamber packed with el-Sissi supporters, include several other changes to the 2014 charter, which was adopted six months before el-Sissi was first elected.

The amendments now go to a legislative committee to finalize the wording within 60 days, after which lawmakers will vote on the final text. After that, they have to be backed in a national referendum before becoming law.

Here is a look at the amendments' key points:

The most significant amendment extends presidential terms from four to six years while technically maintaining the two-term cap stipulated in the current charter.

However, a "transitional article" has been introduced, applying exclusively to el-Sissi and allowing him to be elected for two more six-year terms after his current, second term expires in 2022.

El-Sissi, who has repeatedly said he won't stay in office any longer than the people want him to, has claimed he opposes changing the term limits. He hasn't commented on the amendments, widely supported by pro-government figures and media despite concerns the country is slipping back into authoritarianism.

The amendments also introduce a role for one or more vice presidents.

The amendments declare the country's military "guardian and protector" of the Egyptian state, democracy, the constitution and the civil nature of the state, while also granting military courts wider jurisdiction in trying civilians.

They also enshrine veto power for Egypt's Supreme Council of the Armed Forces over choice of defense minister, a role that had been set to expire with el-Sissi's second mandate, and guarantee a lasting political role for the military in state policies.

The amendments give the president a large measure of control over the judiciary, empowering him to appoint top judges, including the head of the Supreme Constitutional Court. They also put him at the head of a new council, presiding over judicial affairs.

The changes largely remove judicial review of legislation, until now a power held by State Council judges. Such a review would only be allowed if requested by Parliament or the government.

Other amendments include reforming the Parliament and bringing back a lower chamber, or Senate, with mainly an advisory role. The Senate would have a minimum of 250 members, with two thirds elected directly and the remainder appointed by the president.

In the upper, legislative chamber which is to have a minimum of 450 elected lawmakers, a 25 percent quota is allotted for women. The proposals also assure "adequate" representation for workers, farmers, youth and people with special needs in the legislature.