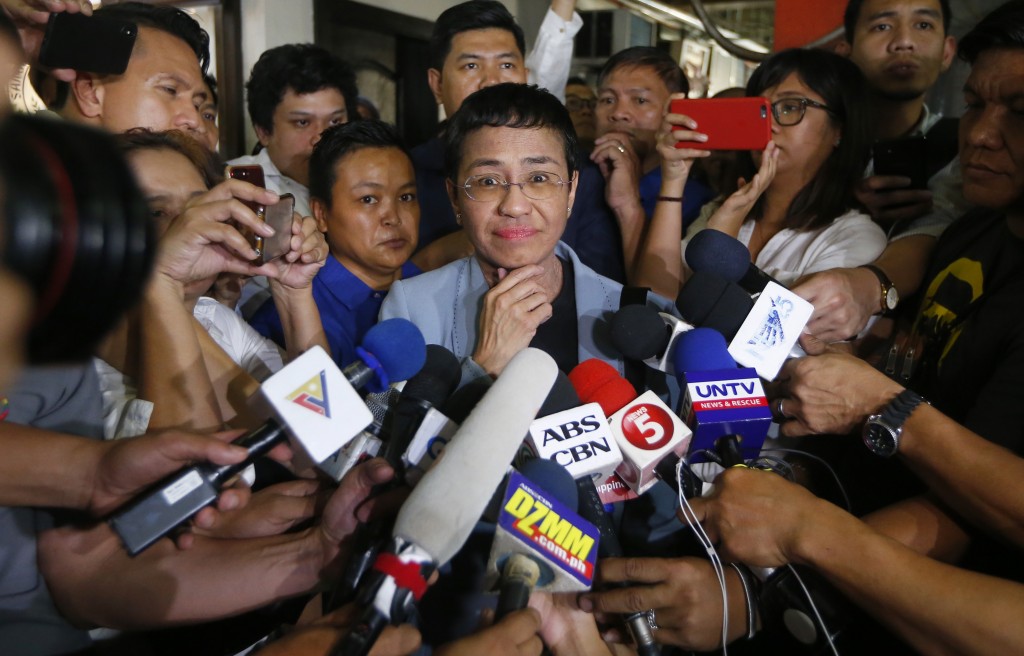 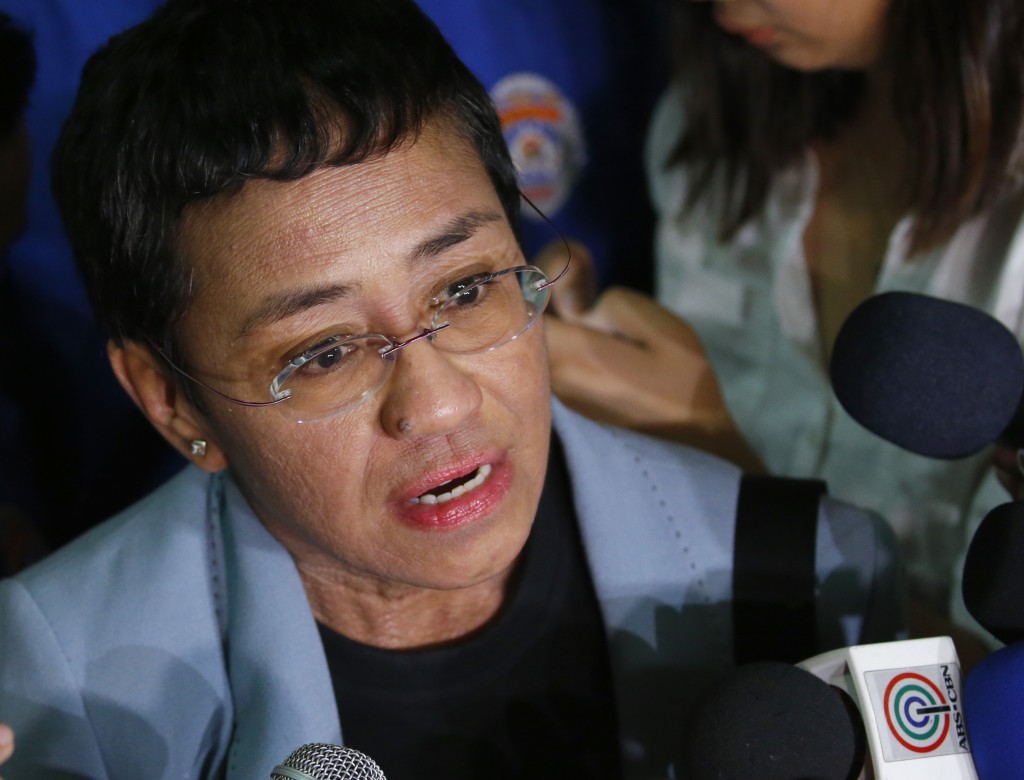 MANILA, Philippines (AP) — The head of a Philippine online news site who was arrested by government agents in a libel case accused President Rodrigo Duterte's administration on Thursday of acting like a dictatorship and using the law as a weapon to muzzle dissent.

"What we're seeing ... is a level of impunity that I frankly haven't seen, and I've been a journalist for more than 30 some odd years," Maria Ressa told The Associated Press on Thursday after posting bail in a Manila court.

Ressa, who was selected by Time magazine as one of its Persons of the Year last year, is the head of Rappler Inc., which has aggressively covered Duterte's administration.

She was arrested Wednesday over a libel complaint from a businessman. Duterte's government has said the arrest was a normal step in response to the complaint and had nothing to do with press freedom.

Rappler said the businessman filed the complaint five years after the article appeared in 2012, and the law under which Ressa was charged by the government, the Cybercrime Prevention Act, did not go into effect until months after the article's publication.

Ressa said the complaint had previously been dismissed by the National Bureau of Investigation and then "magically reappeared" under Duterte's Department of Justice.

She said the case was emblematic of the government's mobilization of the legal system against its critics.

"I've called it the weaponization of the law," she said, noting that she was charged retroactively for an article that was published before the cybercrime law took effect. "I can tell you as a journalist I've worked under dictatorship, and even dictatorships have clearer rules that they follow than where we are today."

Since taking office in 2016, Duterte has openly lambasted journalists who write unfavorable stories about him. He has particularly bristled at critical coverage of his anti-drug campaign, which has left thousands of mostly poor suspects dead and drawn international condemnation.

The article that spawned the libel complaint included allegations that a businessman was linked to illegal drugs, human trafficking and a murder case, citing an unspecified intelligence report.

National Bureau of Investigation agents served the warrant against Ressa late Wednesday afternoon and escorted her from the Rappler office to NBI headquarters, where she stayed overnight.

Ressa called the timing of her arrest "malicious," since she was unable to seek bail the same day.

"It absolutely is part of the big picture of intimidation and harassment," she said. "If the government wanted me to feel that it had power over me, it made that very clear. I couldn't leave."

Duterte previously banned a Rappler reporter from his news briefings after a government agency found that the news site violated a constitutional prohibition on foreign ownership of media when it received money from an international investment firm. Rappler has rejected the ruling.

Ressa, who has worked with CNN, also was the winner of two prestigious journalism awards last year, a Press Freedom award from the New York-based Committee to Protect Journalists, and the International Center for Journalists' Knight International Journalism Award.

In its selection of Ressa as a Person of the Year, Time magazine cited her and several other journalists as "guardians" in what it said was an effort to emphasize the importance of reporters' work in an increasingly hostile world.

"I'm just one person but I'm a journalist and Rappler is an organization of journalists," she said. "Our power emanates from the people where we help. Well, the pillar of democracy is when you have the freedom of the press that gives every Filipino citizen the right to information, to facts. And that allows us to hold the powerful to account."