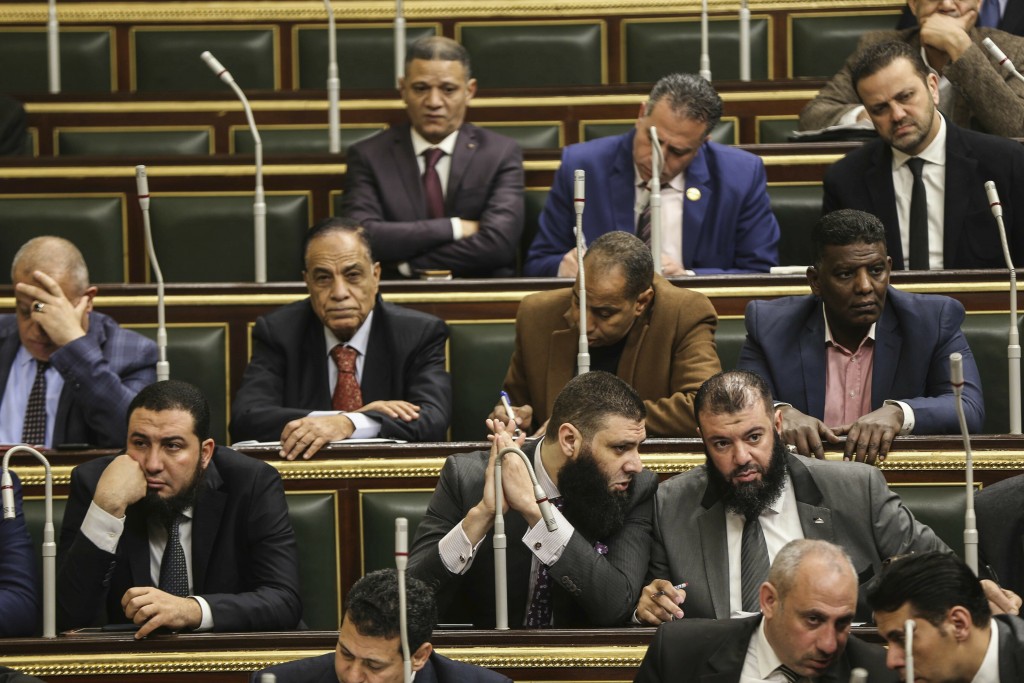 CAIRO (AP) — The Latest on developments in Egypt (all times local):

Egypt parliament has overwhelmingly approved constitutional changes to remove term limits for President Abdel-Fattah el-Sissi, allowing him to stay on power possibly until 2034.

The changes are part of a package of amendments that will be further examined before final approval in the chamber and a national referendum.

On Thursday, 485 lawmakers in the 596-seat body backed the amendments.

Parliament Speaker Ali Abdel-Al said they would now be discussed by the Constitutional and Legislative Affairs Committee for 60 days before being put to a referendum.

The national referendum will likely take place before early May, the start of the Muslim Holy Month of Ramadan.

Egypt's Parliament has begun voting over constitutional amendments to allow President Abdel-Fattah el-Sissi to stay in power, possibly until 2034, and further enshrine a role for the military in state affairs.

The voting was announced on state media on Thursday, after three rounds of discussions among lawmakers that started the previous day, although the 596-seat chamber is packed with el-Sissi loyalists.

The amendments are almost certain to pass, allowing el-Sissi 12 more years after his second term expires in 2022.

Once passed, amendments must be finalized by a special legislative committee for a final decision within two months, followed by a nationwide referendum, likely before early May.

Critics of the move argue Egypt is slipping back into authoritarianism, eight years after a pro-democracy uprising ended autocrat Hosni Mubarak's three-decade rule.