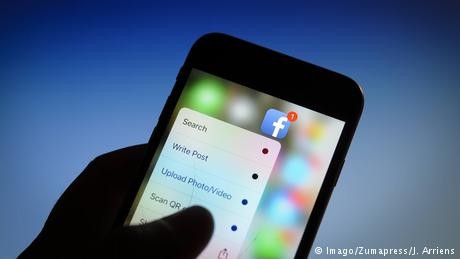 Nathaniel Gleicher said the activity originated in Moldova and used a combination of fake accounts and some authentic accounts to mislead others about their identities and intentions. It comes as Moldova prepares to hold parliamentary elections on February 24.

Read more: 15 years on, is it time to #DeleteFacebook?

A manual review of the network found that some of the activity was linked to employees of the Moldovan government.

"Given the upcoming elections in Moldova, we wanted to let people know about the action we've taken and the facts as we know them today," Gleicher said.

Gleicher said a tip from a local civil society organization played an essential role in the investigation.

He said the page admins and account owners mostly posted about local news and political issues, such as required Russian or English language education and reunification with Romania.

They also shared photos that had been manipulated, divisive stories and satire and impersonated a local fact checking organization's Facebook page that called out other pages for spreading fake news.

In January, Facebook shut down more than 360 pages and accounts linking back to a Russian network operating in parts of Europe and central Asia.