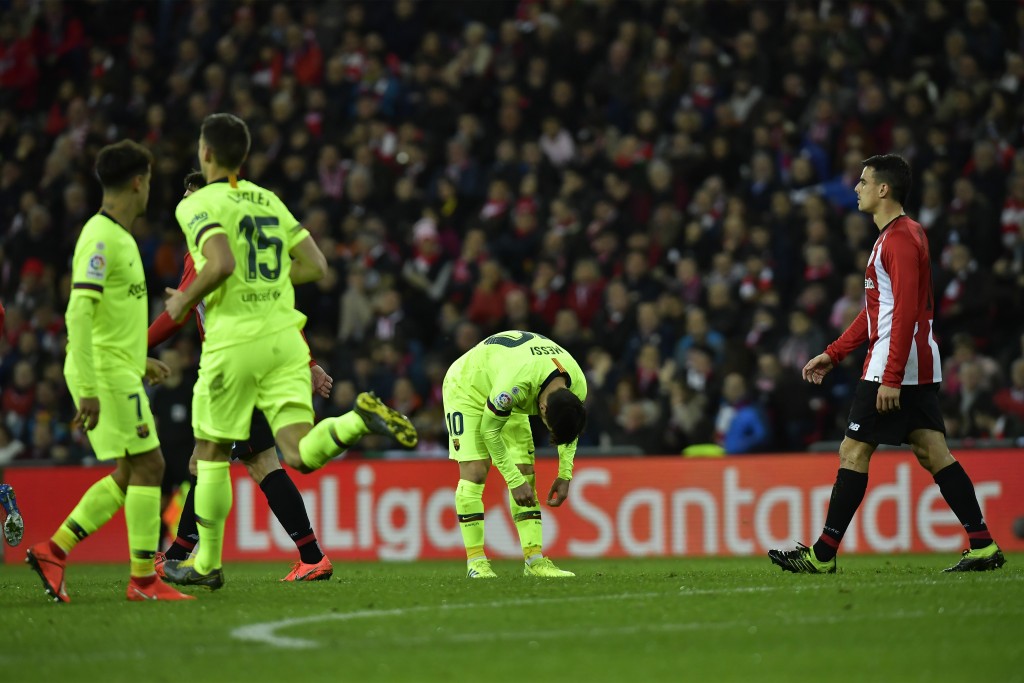 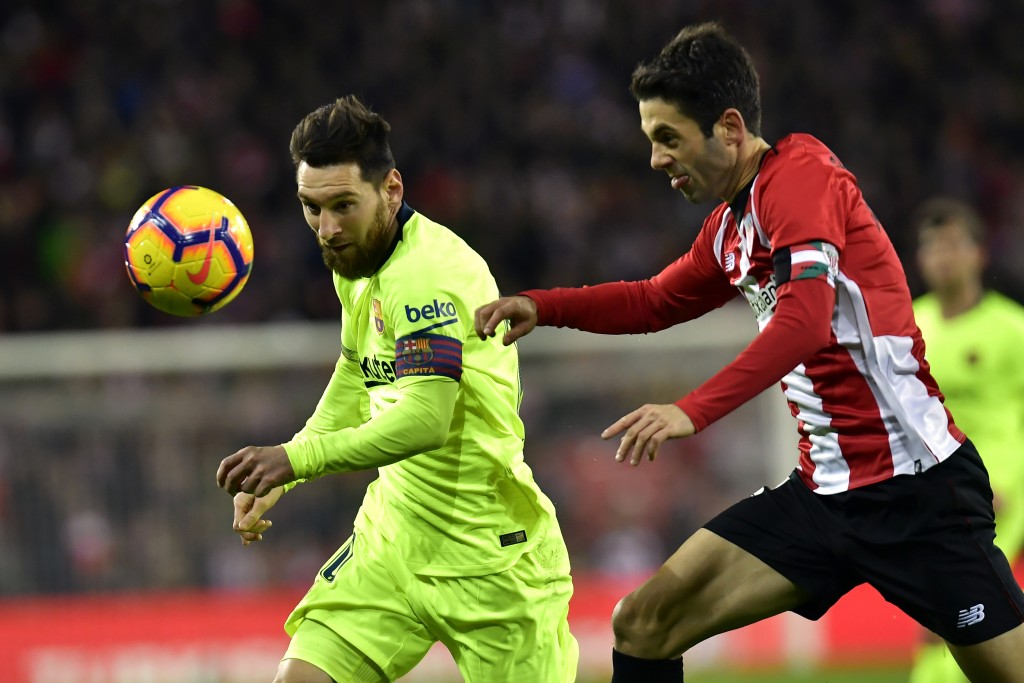 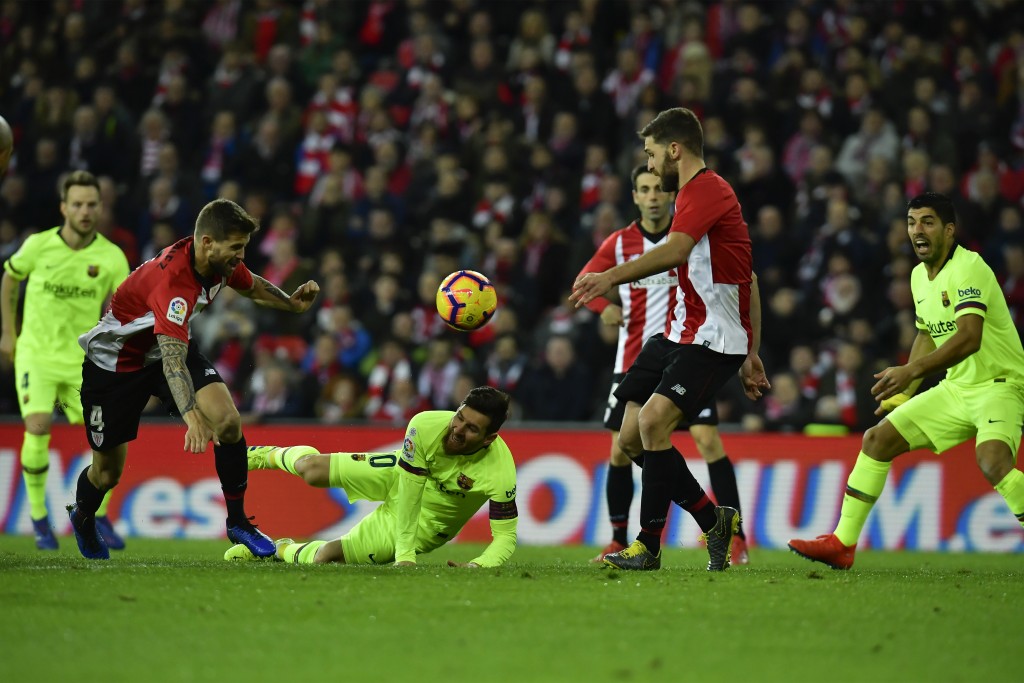 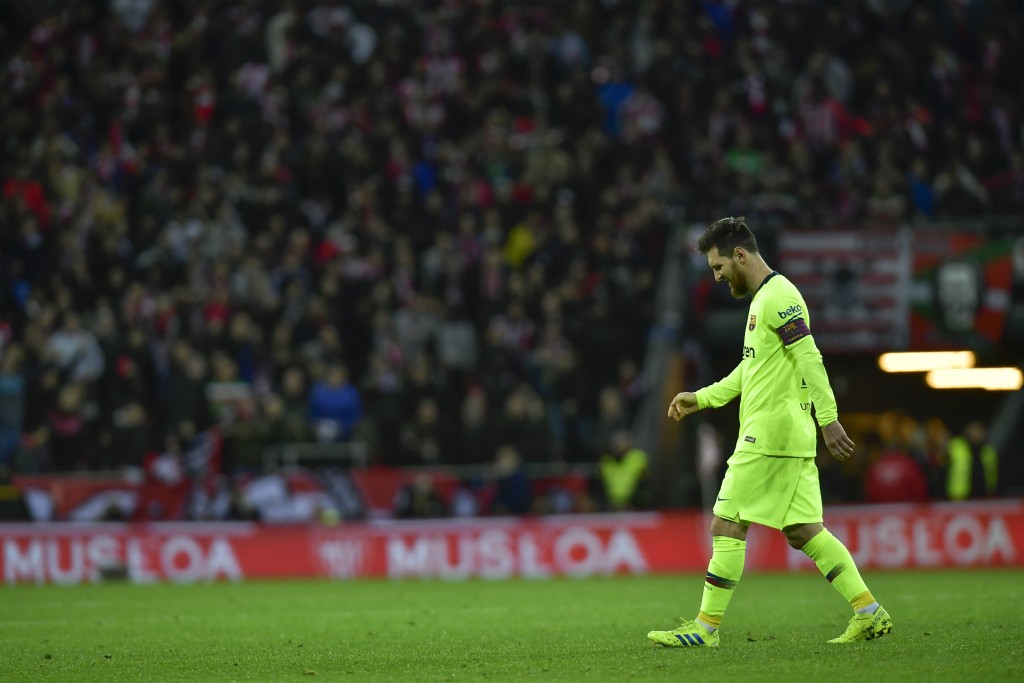 MADRID (AP) — In a slump and under pressure, Barcelona hopes it got to fully recharge ahead of the most difficult stretch of the season.

After three consecutive draws, including two in the Spanish league that allowed Real Madrid to cut into its lead, Barcelona got a rare week off before facing a series of crucial matches in the league, Copa del Rey and Champions League.

The break might have been just what Barcelona needed to get its players reinvigorated and refocused, and to make sure its biggest star, Lionel Messi, is back at full strength following a nagging injury.

"We will be at our best again after a calmer week," Barcelona midfielder Ivan Rakitic said after the team's lackluster performance in a scoreless draw at Athletic Bilbao on Sunday.

Four days earlier, Barcelona drew 1-1 with Real Madrid at home in the first leg of the Copa del Rey semifinals. The week before, it was held by Valencia to a 2-2 draw at Camp Nou Stadium in the league. The Catalan club had won eight consecutive league matches before that.

It was a tough stretch for Barcelona, coming at the end of a run of 11 consecutive games with no week off. It will now play eight consecutive games, including two against Lyon in the round of 16 of the Champions League and two against Real Madrid at Santiago Bernabeu Stadium — the return leg of the Copa del Rey semifinal and a Spanish league match.

"We can't really blame the calendar," Barcelona coach Ernesto Valverde said. "It shouldn't be used as an excuse."

The extra rest may have come at a perfect time for Messi, who only played part of the Copa game against Real Madrid because of a right leg injury. He was back for the match against Athletic, but looked out of form from the start and was not a real factor.

Messi had scored in nine straight matches until missing part of the match against Real Madrid. He is the league's leading scorer with 21 goals — six more than his closest competitor, teammate Luis Suarez.

Barcelona's setbacks in the league allowed a red-hot Real Madrid to reduce the gap at the top of the standings to six points. It had been 10 points only a few weeks ago.

There is reason for Barcelona to fear its rival, as Real Madrid has won five straight in the league and seven of its last eight matches in all competitions. Its only setback was the 1-1 draw against Barcelona at Camp Nou in the Copa del Rey.

Atletico Madrid, seven points off the lead, didn't get closer in the league standings because it lost its last two matches.

"With all due respect to Madrid and Atletico, we have to focus on ourselves," Rakitic said. "We've done well until now and we are still in the lead. We have to keep this going."