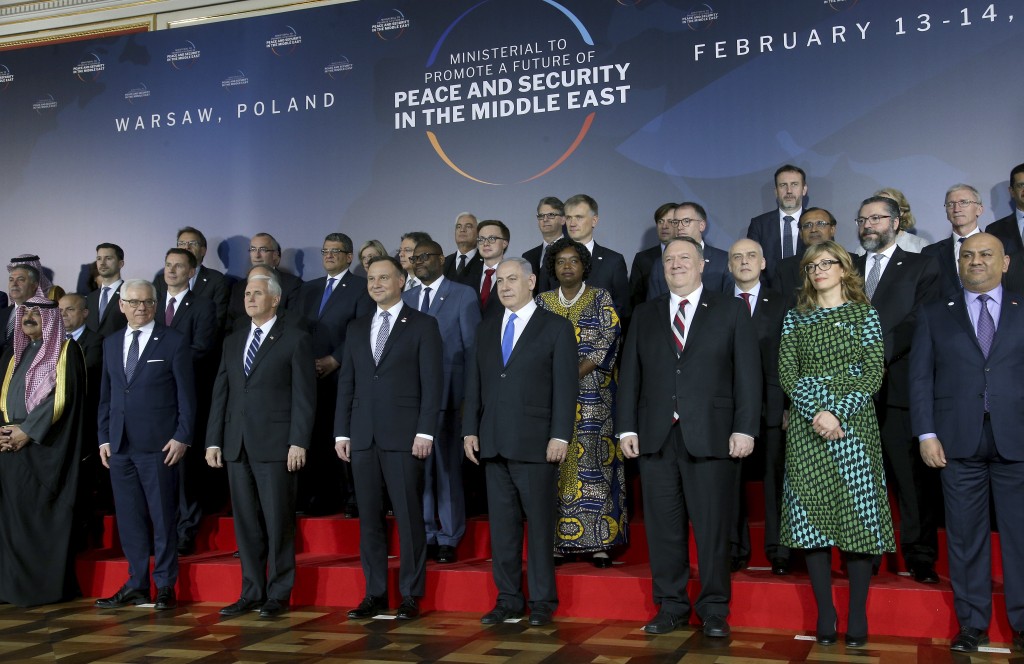 Pompeo spoke Thursday before the opening session of a Middle East security conference in Warsaw. Appearing next to Israeli Prime Minister Benjamin Netanyahu, Pompeo says "pushing back" against Iran is central to dealing with all the region's other problems. Several high-profile Arab dignitaries are also attending.

The U.S. and Poland are sponsoring the conference, which they say is aimed at promoting peace and security in the Mideast but appears to be mainly focused on isolating Iran.

Iran has denounced the gathering as an American anti-Iran "circus." Russia has said it will not attend, and the European Union's foreign policy chief, Federica Mogherini, is also skipping the event.