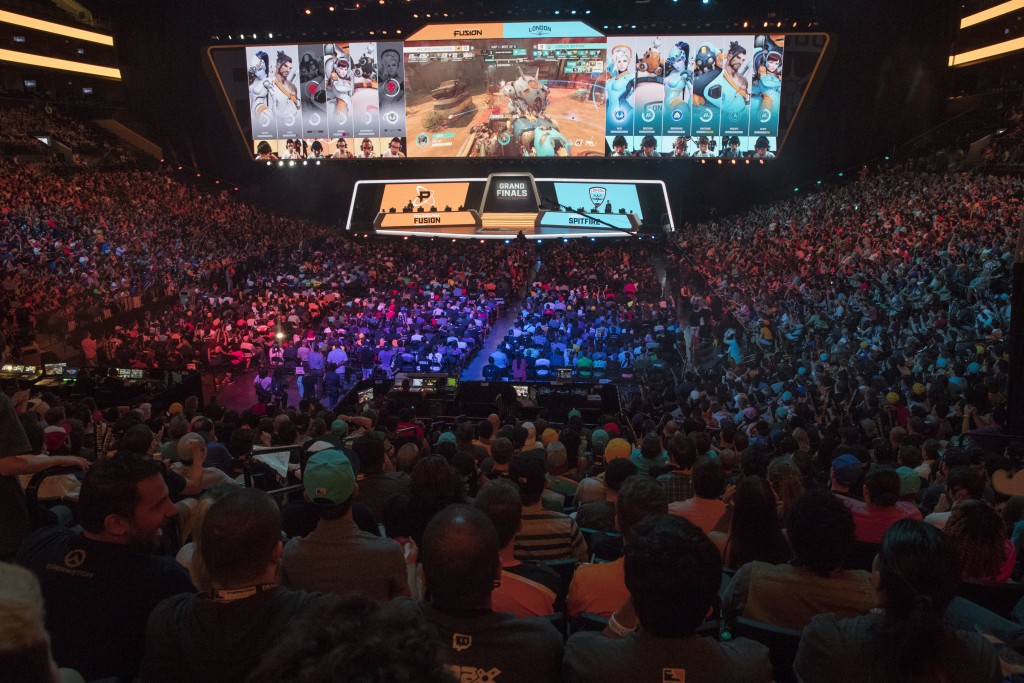 With eight new franchises and plans to take its regular season on the road, the Overwatch League is opening its second year a few steps closer to its goal of becoming a truly global, city-based esports league.

The circuit's inaugural season was an industry-shifting success. Launched with 12 teams from three continents, the Overwatch League drew hundreds of thousands of online viewers to its regular-season matches in Southern California and packed Brooklyn's Barclays Center during a two-night championship between the London Spitfire and Philadelphia Fury. The league got financial backing from traditional sports heavyweights like New England Patriots owner Robert Kraft, signed on with major advertising partners, and landed a two-year broadcasting deal with ESPN — its Grand Final was even the first live esport event aired by the traditional sports giant in prime time.

It was a promising debut, but executives for the league have been clear that their aspirations are higher. Commissioner Nate Nanzer envisions his players becoming "global superstars," seen in the same light as Lionel Messi or LeBron James. In 2018, the league proved it could lay the groundwork for such a stage. Now it's time to find out if the foundation can bear the weight of some additions.

The league begins play Thursday with a rematch between London and Philadelphia. Here's what to expect in season two:

A quick refresher on the league and the game: "Overwatch" is a first-person shooter released by Blizzard Entertainment in 2016, and it was built with competitive gaming in mind. Each team gets six players, and the squads compete to escort vehicles across intricate maps or protect designated zones from enemy capture. Players can choose from 29 characters with varying abilities. It's heavy on teamwork and strategy, and it can be dizzyingly fast paced, especially to new viewers and players.

The league sold twelve expansion slots for the inaugural season for a reported $20 million each. The teams recruited their own rosters, with players coming mostly from South Korea but also the U.S., Canada, Europe and elsewhere. The minimum salary was set at $50,000, and Nanzer has said the average salary is well above that. Players were almost all provided housing by their clubs, as well as physical trainers and team chefs.

Teams vied for a share of a $3.5 million prize pool, with the champion Spitfire taking home $1 million after sweeping the Fury in in the finals. The two-day match drew 10.8 million viewers globally and was crowned Esports Live Event of the Year at the 2018 Esports Awards.

Nanzer's goal is to have 28 teams, each connected to a city — an unprecedented endeavor for competitive video games. It added eight franchises during its first offseason: Paris joins London as the only European clubs; Washington and Atlanta expanded the U.S. contingent; Toronto and Vancouver, British Columbia, became the first Canadian teams; and China got franchises in Chengdu, Guangzhou and Hangzhou.

Eventually, all those franchises will have arenas in their home cities, hoping to draw hundreds or thousands of fans to each match. That won't happen until at least 2020, and Nanzer was noncommittal in an interview with The Associated Press last week about the timeline for those homecomings.

The league is giving fans in some cities a taste of live action this season. It will hold Homestand Weekends in Dallas, Atlanta and Los Angeles, an experiment that will inform future decisions on how to build a full home-and-away schedule for the league.

With expansion, competitive balance could become a concern. There was a bit of a skill gap even in the inaugural season — the Shanghai Dragons, for instance, went 0-40. But Nanzer is confident the league's new teams — built largely with players coming from Overwatch's top minor league, Overwatch Contenders — can keep the bar high enough to satisfy a demanding fanbase.

Market research firm Newzoo projected this week that esports revenues will surpass $1 billion for the first time in 2019, yet traditional advertising partners have been apprehensive investing in some esport circles. In part because of its structural resemblance to traditional sports leagues, Overwatch has had more success there. The league debuted with major sponsors like Toyota and T-Mobile, and it added Coca-Cola as an advertising partner this month. It has also entered a multiyear partnership with sports merchandise retailer Fanatics to boost jersey sales, plus there's the non-exclusive broadcast deal with ESPN.

That advertising support — and accompanying revenue — are noteworthy in this industry. Just last summer, Riot Games — the company behind esports giant "League of Legends" — revealed it was not close to turning a profit despite its massive popularity. Nanzer wouldn't comment directly on the Overwatch League's finances, but he and the league's investors have expressed confidence in its financial direction.

"I think the inaugural season exceeded expectations on all fronts," Nanzer said. "I think we're definitely pacing ahead of schedule."