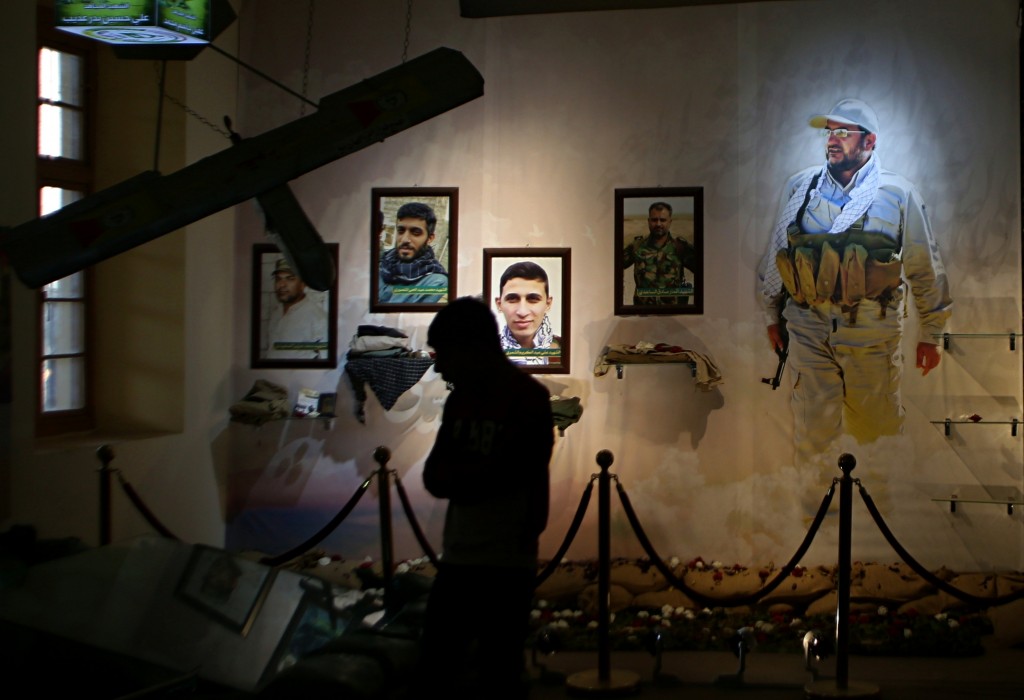 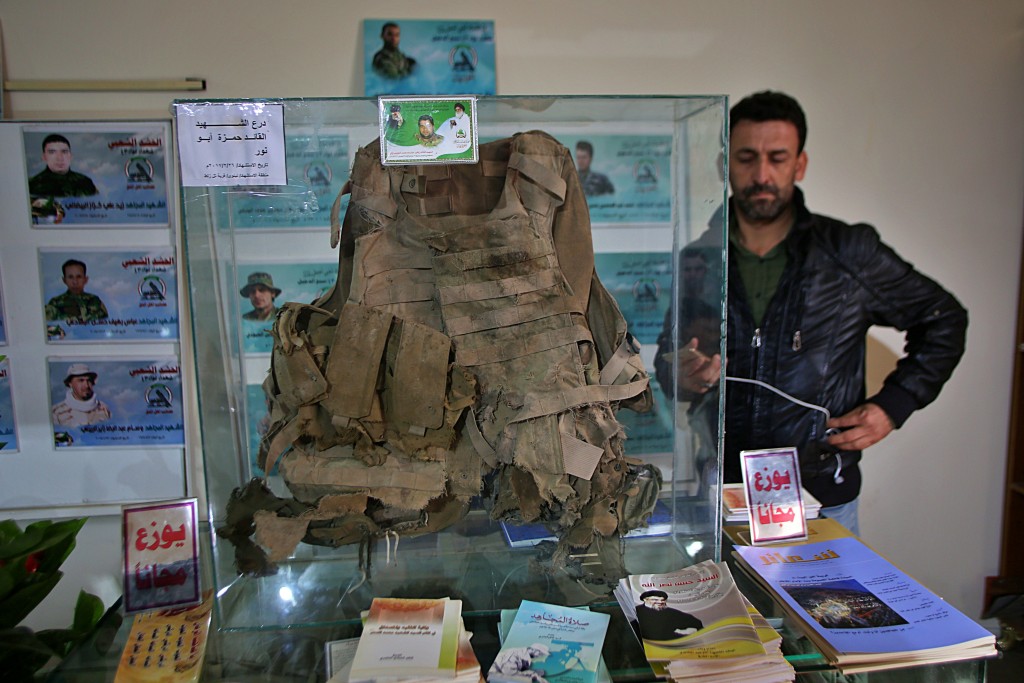 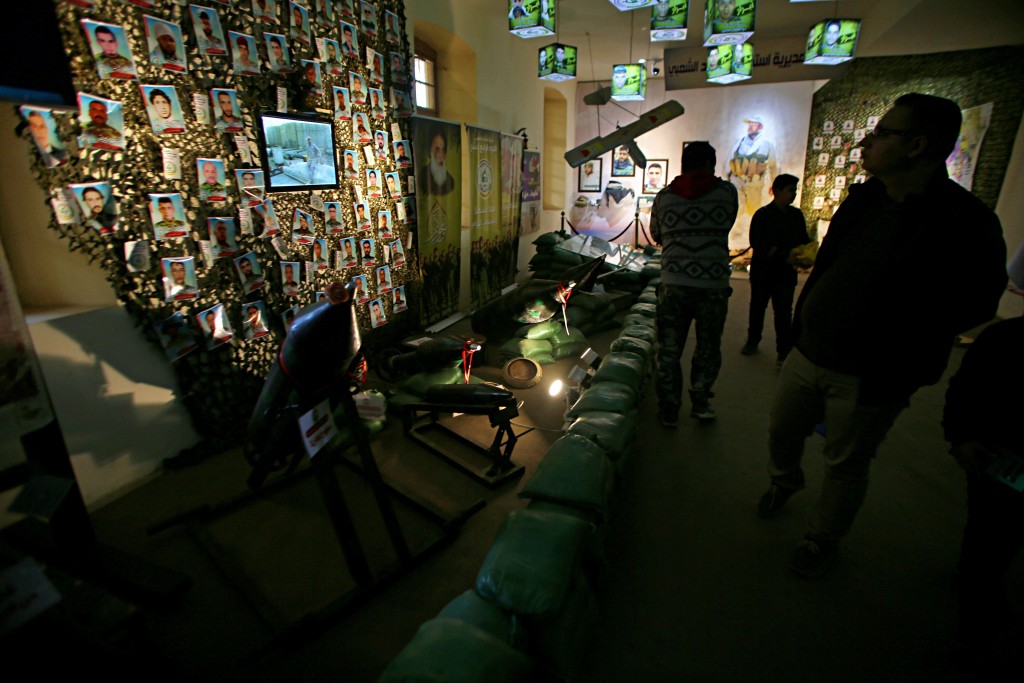 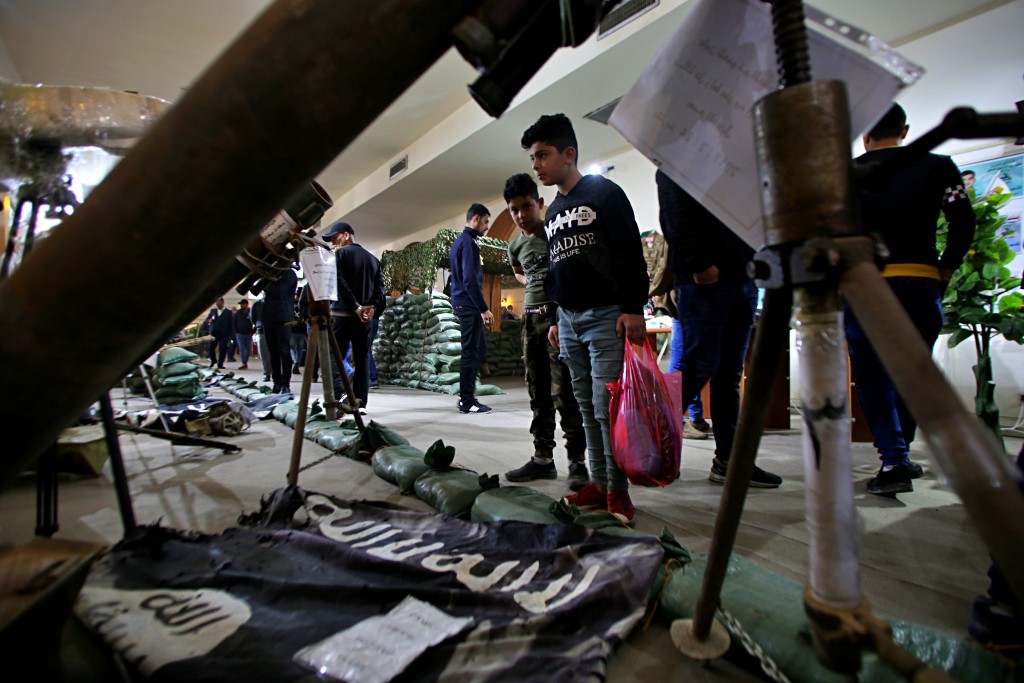 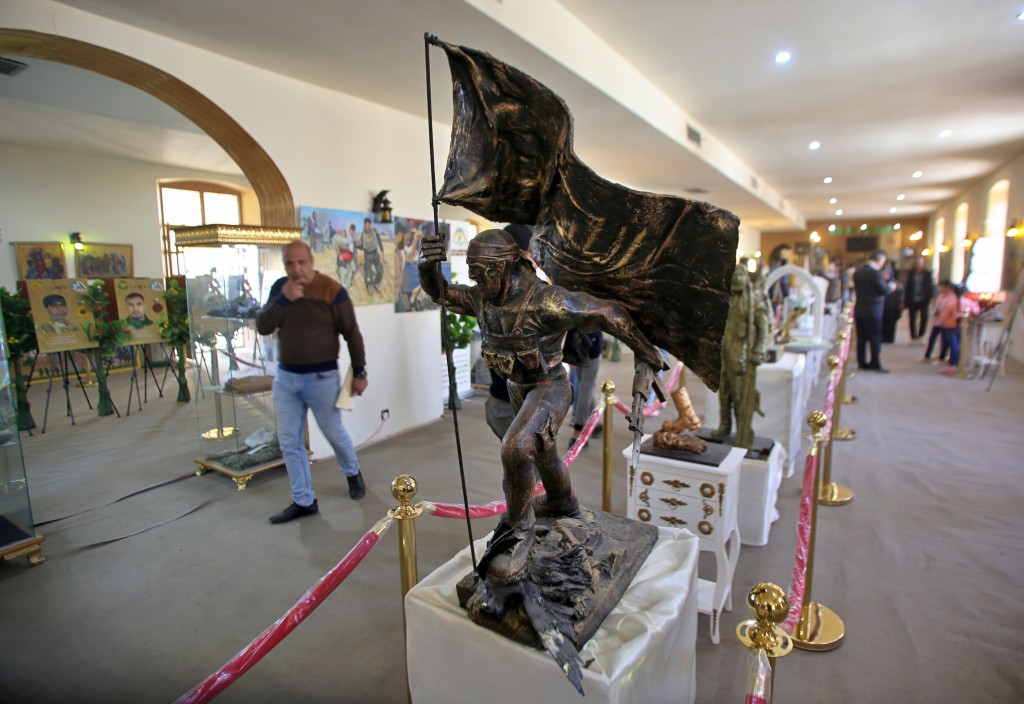 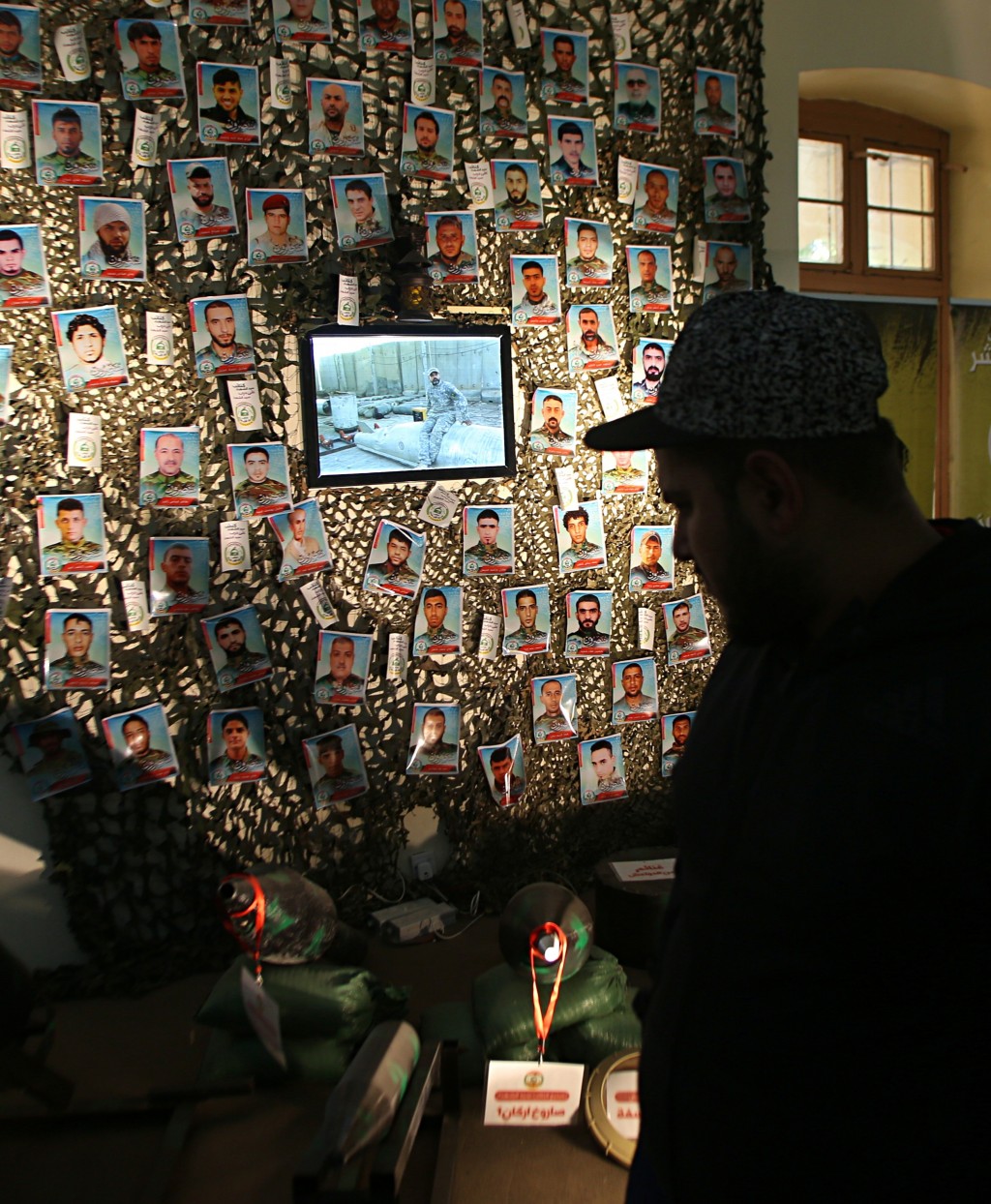 The museum is meant to honor the fallen but it also underscores the Iran-backed militias' growing clout in the country. Their political and military might soared after they helped the government defeat IS — so much so that they are now accused by some of seeking to build a parallel state within Iraq.

Housed inside Baghdad's historic, Ottoman-era al-Qishla building, the museum displays rocket launchers, drones and cannons from the four-year fight with IS. Visitors can browse through the war booty and other memorabilia from the front lines, as well as personal belongings fighters left behind on battlefields across the country.

"I feel the spirits of the martyrs floating around this space. I feel that Iraq exists because of them. ... They are the pulse of Iraq," said 55-year-old teacher Umm Hassanin al-Oukeily on a visit to the museum this week.

The mainly Shiite militias — known collectively as the Popular Mobilization Forces, or "Hashed al-Shaabi" in Arabic — emerged following a call in June 2014 by Iraq's top Shiite cleric, Grand Ayatollah Ali al-Sistani, for volunteers to fight against IS.

At the time, Islamic State militants had overrun the northern city of Mosul, Iraq's second-largest, and much of northern and western Iraq, coming dangerously close to Baghdad and Shiite shrines farther south as Iraq's military and security forces collapsed in the face of the onslaught.

Tens of thousands heeded the cleric's call, enlisting in multiple militia factions, many of which had existed for years and even fought American forces in Iraq. Sanctioned by the Iraqi government, the militias played a key role in the war against IS.

That made the Iran-backed militiamen an indirect ally to the American forces, who returned to Iraq in 2014 at the invitation of the government to help battle IS. A U.S.-led coalition provided crucial air support as Iraqi forces regrouped and drove IS out in a costly campaign.

The militias lost about 7,000 fighters in the war. They included some Christian, Yazidi, and Sunni militias but were dominated by Shiite groups with close ties to Iran. They came out of the war with the image of an almost holy force protecting Iraq's Shiite Muslim majority.

That kind of popular aura has helped enshrine the militias as a major political and paramilitary player in post-IS Iraq. Militia factions are present in almost every Iraqi province, in many cases deeply embedded in local governance and rivaling state institutions. Posters of dead fighters adorn shop windows in Baghdad and elsewhere.

"There are no words to describe my feelings right now," said al-Oukeily, the teacher, tears in her eyes as she made her way around the museum with her daughter.

Outside, in the al-Qishla garden, families were gathered to enjoy the sun as music played in the background. Inside the building, somber military music accompanied the exhibits.

In 2018 parliamentary elections — the first after the victory over IS — the militias' coalition won 48 seats, making it the second-largest bloc in Parliament and guaranteeing the militias a say in formal politics. Under the new budget, militiamen are for the first time being paid the same salaries as soldiers.

The mix of arms and political power is a dangerous dynamic for Iraq, a country with a history of bloody sectarian strife. Iraq's Sunni minority and also some in the military and the government fear the Shiite militias will dominate Iraq the way the powerful Revolutionary Guard does in Iran or the militant Hezbollah group in Lebanon.

The Shiite militias "are building economic empires, taking control of state reconstruction companies and projects, and developing into economic organizations," said a Western diplomat in Baghdad who spoke on condition of anonymity to discuss Iraqi politics.

The more than 50 militias in Iraq have up to 140,000 fighters, according to some estimates and the Popular Mobilization Forces itself. They are backed by tanks and weapons, and have their own intelligence agency, operations rooms and court of law.

In an interview with The Associated Press last month, the leader of one of the most powerful of the militias, Qais al-Khazali, said their existence compliments that of the Iraqi military and suggested that disbanding them was not in the cards as long as there's an ongoing military threat to Iraq.

At the museum, images of the fallen militiamen hang down from the ceiling, printed on light bulbs. Boots, watches and eyeglasses are displayed next to flowers that honor the martyrs.

Visitors walk around life-size replicas of militia outposts, complete with real sniper rifles, sandbags and camouflage nets from the field.

They pose for photos next to two mannequins, one depicting a bearded militant in IS black uniform, a knife protruding from his abdomen, lying on the ground. The other, a militiaman towering over the body, has his boot pressed against the militant's head.

"This is the fate of every Daesh traitor in the land of the prophets in the great Iraq," reads the sign next to the exhibit, referring to IS by the group's Arabic acronym.

Museum manager Ali Al Shawky, who was a volunteer doctor with the militias during the war against IS, said the idea behind the museum was to preserve the memory of the fallen and "personify their heroic deeds."

The Ministry of Culture, he said, was at first hesitant to give up the landmark al-Qishla building and its gardens on the banks of the Tigris River — long a hub where Baghdad's intellectual and artists gathered — to the museum, but later relented and gave them the top floor.

"We wanted to say something to the martyrs with this museum," Al Shawky said. "We will never forget you."